To my sisters in the writing circle 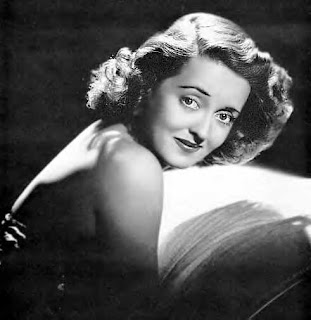 What did I like about the Southwest? That's what my sisters in the Story Circle Network wanted to know. What clues did it hold to who I was and where I was going?
It was the sense of possibility that the West evokes with those high skies, that bleached prairie grass blowing in the wind, I said. I came to Arizona because I wanted that sense of a new beginning, that I could do something new with my life before it was too late. The older I get the more I feel those possibilities dwindling. Women over 50 (I chose that age but it could even be younger) become "invisible" in society. It seems American society in particular has no use for older women. Women have to draw on their own reserves of creativity, capability and fortitude to make it happen against the odds. That's why cottage industries like the Story Circle Network, journaling and memoir retreats, groups with names like Women Writing For a Change, have sprouted all over the landscape. Women want to document their journey, express their creativity, join with other women in sharing the pain, the frustration and the wonder of being women. I know. I am one of them.

Women confront the lonely life more often than men, in my opinion. Bette knew that despite her four husbands. "Marriage," she said in a television interview, "works only when the woman accommodates herself to her husband's personality, not the other way around. I believe that is the only formula for a lasting marriage."

So nothing had really changed, whether I was in Arizona or in Pennsylvania. In the final analysis, it came down to facing Susan,the girl who read the Nancy Drew mysteries, dreamed of Prince Charming and tapped away at the Smith Corona typewriter her parents had given her as a graduation gift from high school because they knew their daughter dreamed of being a writer. Once again, it was the lonely life, the life of the artist. The Lonely Life is the title of Bette Davis' memoir.

My happiness is a sense of purpose, of feeling creative and good about my work because work is all we really have. Bette knew that too. When asked what had least disappointed her in her life, it wasn't her husbands or her children, it was her work. "Work never lets you down," she said.

I want my memoir published, would love to go on and give writing retreats and workshops. I find myself cocooning a lot, pondering, not really wanting to go out and deal with people because they can be exhausting and so predictable. But I still want adventure, a life! What did Rhett Butler say? "Scarlett, you are like a child crying for the moon." That's how I feel some nights when I look at the moon hanging over Sabino Canyon here in Tucson. It can all change in a heartbeat, can't it? I am still a child believing in romance and magic against the odds, against the reality of age and all that comes with that.

So I came out here for an adventure, to make a difference, to feel "young" again, if you will. And for a while it worked and I felt I have done something new and different. I have met new people, tried on another relationship for size, discarded that and come back to Susan. Now it is time to "write" a new chapter. Another year -another year older. I have no idea where it will all lead. But I am trusting in myself to find my way. There is no other choice. My sisters in the writing circle know this. Together we share the journey.
Posted by Susan G. Weidener at 9:21 PM

You're really onto something. That whole chunk under Davis' pic. I think your analysis is spot on. There's a lot for mining there, in all the blossoming you listed of one group and the next. So much energy, creativity, L-I-F-E...LIFE! Glad to be part of it with you. Peace, anarchy, joy, all the paradoxes, even before the butterfly emerges.

Thank you for reading my blog and thank you for your insights. You are indeed one of my "sisters in the writing circle." I like the butterfly analogy. Too often I have been the hummingbird drawn to poisonous traps. But that is often the women's lot in life, yes?