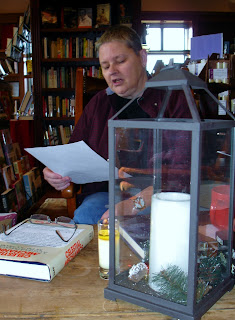 As one woman who came to Saturday's read-around revealed - no one in her family reads her work.  They know she is a poet, that she is working hard on her writing, but they don't bother to read what she has written.  When I wrote my memoir, the same thing happened.  My family expressed little to no interest in reading the book which was not all that surprising to me.  There might be something there they were not prepared to know.  Anyway, I wrote the book because I wanted to write something true that I had experienced about lost dreams and youth.  The audience would come or it wouldn't, but the important thing was getting it down on paper.


When we come to the Women's Writing Circle, we are getting validation for having the courage to put pen to paper.  The thoughts are honest, the stories heartfelt and the group is open to what they think and how the work might be improved or not.  It is more complicated than that, but distills as best I can what our writing circle is about.  I have rarely, if ever, sensed any mean intent, rather some poorly-worded comments about the work that were hurtful to the author, but not intentionally meant to be so - or at least I hope not.  Instead, there is goodwill over coffee and tea in an excellent setting, as well as a longing to connect with each other through the stories and support the lonely but necessary work of writing. 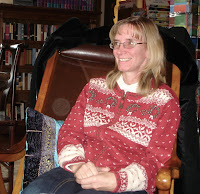 So it will continue in 2012 and for as long as it feels right and worthwhile for the group.

All the best to my sisters in the Writing Circle.
Susan

PS That's Jan Backes in the upper righthand photo.  Her poem, "Bird Soar," which she brought to her first read-around of the Circle is featured on this week's Homepage of  poetrysoup.com