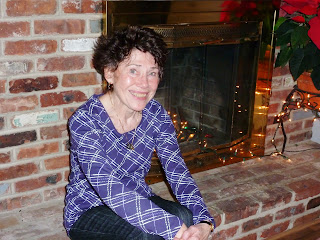 The need to write comes from the need to make sense of one's life and discover one's usefulness.  ~~ John Cheever


We write for many reasons.  We write to heal from pain, we write to share a story larger than any one of us . . . we write to explore and come to terms with a new reality . . . and in doing so, we move forward.  In our About the Author series Edda Pitassi shares how writing eased the pain of an early retirement and led to renewal.  Here is her story.

What inspired me to write my contribution to our anthology, Slants of Light?  I found it difficult to put my answer into words; unsure of why I wrote my particular story …questioning my own rhyme and reason for doing so.
I kept asking myself: What is it about nostalgia and its interlocking theme – memory – that inspires, motivates or challenges us to explore and reflect on the past?
After several attempts, I finally put my finger on the answer:  If I did not tell my story, my characters and their identities would die, as though they never inhabited the earth or this life.  If I didn't write my story, memory would die somewhere between silence and oblivion.  That's why I wrote, “The Zen Art of Peeling Potatoes.”

When I retired, I saw the past receding, like driving a car while constantly checking the rearview mirror prior to changing lanes.  I realized my balancing act of co-worker, friend, working person and wife was forever changed.  A sometimes chaotic but familiar daily timetable of constructing a “face” for the world – going to the office - would no longer fill my days. Fifty years of employment had ended.  I kept thinking . . . the road ahead is much shorter than the road behind.  Look ahead – that is where you must focus.  Subtly at first and then more distinctly, long-ago interests and pursuits that had once engaged my energies resurfaced.  Poking through an old briefcase, I found copies of published articles I had written for local newspapers.  Several scribbles and writing attempts from a creative writing course re-emerged. I felt the tug of one clear and positive dream – a long-held dream – to write and publish a short story.

I kept asking myself – if not now, when?
The Women’s Writing Circle became an entrance into another world:  one that helped distract me from everyday cares…one that helped encourage contemplation…one where I found positive and rewarding support from other women writers.
I should say that during my working life, attending college, and getting a degree, my life was influenced by four female friendships.  These women shaped and inspired the narrative in my story. 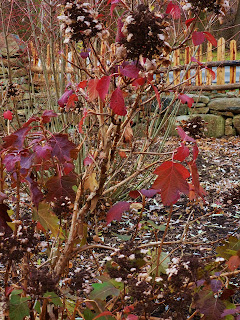 At one of our critique sessions, I finished reading from my third (fourth? fifth?)  revision of an unfocused story about those friendships . . . those same friends who had reservations about my dream to write after I told them about the Circle and my new goal. Why bother? they seemed to say.  What’s the use?  How silly.
After I confided this in the Circle, one writer slipped me a note asking, “Why do you stay connected with them?” Her question proved the kick-start to start delving into my past . . . and our histories together, growing up in Philadelphia’s neighborhoods, our early years of trying to live the Marlo Thomas “That Girl” lifestyle; the untimely, tragic death of my younger sister and the impact of her death on our friendships. 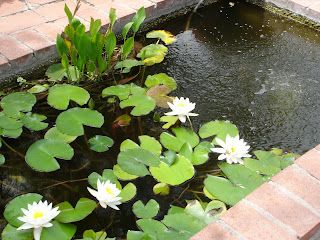 The next day, as I started preparing dinner, a flood of memories, images, events, experiences, and conversations with those friends started to float by.  From that point on, every moment I could steal away was spent clarifying and refining my story.
Through subsequent critiques in the Circle, women writers pushed, nudged and motivated my muse.  They urged me to dig deep; something I was not used to doing, but felt I needed to do. I extend my gratitude to them all.  They proved to be a lifeline to the woman I was then and am now.
Ambitions and disappointments, not only in my life but also in the lives of my friends, make “The Zen Art of Peeling Potatoes” something I now realize I had always wanted – and needed – to write.
My goal as I wrote my story was not to second-guess or judge – and I ask forgiveness if I inadvertently crossed that line in telling my story . . . and theirs.  I trust I have treated them with the respect, kindness and integrity they deserve.
Edda R. Pitassi has maintained a love/hate relationship with writing since she started seeing her ‘letters to the editor’ in print at the age of 15.  A published journalist with several suburban newspapers, she currently contributes a monthly book review for "Chester County Seniors!" newspaper.  A former web content writer and proofreader, her employment history includes a 20-year career with IBM.  Edda graduated Cabrini College, in Radnor, PA, with a BA in English/Communications.
Posted by Susan G. Weidener at 8:10 AM

So beautifully put, Edda. I'm so glad you persevered with this story. Watching it evolve was like watching a flower unfold.

Oh, Patty...
.....Thanks for your very kind words. A flower, eh? Watered by the support and encouragement from women like you.
Best,
Edda

Dear Edda,
My friend and fellow writer. I look forward to seeing you at the read arounds each month as a moth is drawn to flame. You have yet to write something that hasn't moved me. Like Patty, I am so happy that you saw your story through and dug deeper and deeper. It is with the acceptance of you and the other women in the Circle that we follow our dream to write. To me and to others, you are a source of inspiration. I cherish our friendship.
Jan

The beauty of the Circle and the support we find in each other is evident here in these heartfelt comments. Edda, job well done! It is a privilege to read your inspiring journey as a writer. Thank you for sharing. Susan

Lovely reflections. I identified with many of these reasons, having retired from a career of academic and executive jobs in 2010. Special appreciation for the John Cheever quote. I think I have a use for that one!

Shirley, I too, can identify. After my newspaper career ended, it became a task of "reinventing" myself . . . how could I know that this would lead to writing my memoirs and a whole new journey and new people? So Edda's words resonate with me . . . . that sense of feeling useful is integral to happiness and moving forward after loss; career, personal or otherwise.

Dear Edda, I read your moving story in The Slant of Life anthology and I am happy you persevered to share it. It captures the essence of the impact of strong friendship bonds in facing life's struggles and disappointments as well as the importance of finding balance. Beautiful! And your lovely post speaks to the power of the Women's Writing Circle to nurture , support and claim your voice. I'm looking onward to meeting you and the others in person at the workshop!

Thanks for sharing the Cheever quotation and for elaborating with your post. Well-said!

Dear Susan, Jan, Kathleen, ShirleyHS, Patty - To read your comments is to know that my writing journey can continue. Thank you!

To 'dream to write' remains wishful and wistful...to 'need to write' transforms that dream into discovery. Through writing, I'm learning that after discovery comes confrontation, pain, letting go...then healing. The 'thrill' arrives when the reader comes along for the ride.

A sincere shout out and 'thank you' to "My Writing and Editing Coach."
Edda

Edda - Your comment about writing to capture a memory and with it record the lives of those with whom you've shared a part of your life struck a chord for me! So poignant that some friends are bound to time and place and we are connected only by memory. For me too, writing feels like a way to honor them. Thanks for your reflections!

Thank you for summing up so palpably the ties that bind.

Edda, I'll never forget the first day of retirement after 35+ years working as a legal secretary. What was I going to do? Where was my schedule? And then my mind flooded with all the things I'd pushed aside "for retirement." There was the writing, sewing, quilting, knitting, reading, music -- but writing won out. And I think, as retirees from busy sectors of the working community, we have many of the necessary skills to be good writers. And we have the memories to unpack and share! Lovely story, beautifully written.

Dear Sherrey,
.....A sincere, brief 'thank you' for nailing the angst of the unprepared retiree: "WhatwasIgoingtodo?" I wish you continued success in your new journey.
Best,
Edda