A 20-Year Journey To Memoir 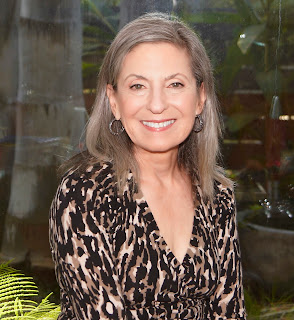 I first "met" Madeline Sharples online about a year ago. Her memoir had been drawing attention as a testament to a mother's love and desire to help others in the wake of her son's suicide following a long mental illness. As her story was about love, loss and grief, it drew me. My review of Leaving the Hall Light On speaks for itself. Please welcome Madeline to the Circle.

I returned to writing regularly when our son Paul was diagnosed with bipolar disorder in March 1993. He had just turned 21 and was a senior at the New School in New York City. Early on during his illness I read The Artist’s Way by Julia Cameron and her suggestion to write morning pages resonated with me. Because I was employed full-time then, I didn’t always write in the morning, but I always finished my three pages before the end of the day. 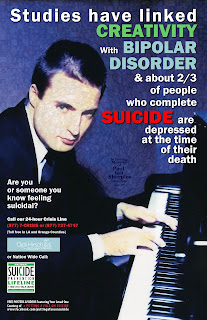 So writing about my son’s bipolar disorder and later about his 1999 suicide death became my therapy. Writing during the most stressful time of my life became an obsession and a balm. It gave me a way to organize my fears, pain, and thoughts.


Besides journaling I began to take writing workshops at the UCLA Extension Writers Program and Esalen Institute in Big Sur California. Then four months after Paul died, I started working with Jack Grapes, a Los Angeles based instructor who teaches method writing.

After writing about Paul and our family in poetry and prose in Jack’s workshop for about a year, he and my classmates started to say I had to get my story out in the world. Jack suggested I write a memoir. But, I put it off for a while. I was still too engulfed in grief to think about taking on such a project. Finally about a year later I began to take my journal entries, pieces from writing classes and workshops, poems, and new writing – and turn them into a book. However, I didn’t have a clue what to do next.

My first thought was to write a memoir in poems since I already had a poetry manuscript. However, I met a former literary agent through our younger son Ben who read my poems. She suggested I organize a book in prose, which included poetry, according to the order of the poems in the manuscript. She also gave me writing prompts that helped me round out my material.

Then I began compiling - first by reading through my journals, underlining everything I thought applicable, and transferring that material into book files on my computer. It took a long time. Once in a file I moved pieces around according to my outline. Then I wrote some more, edited, worked with a paid editor, revised according to my editor’s notes, edited, revised again until I had a draft manuscript. At that point the work really began.


I began to query agents and small presses, sending out my manuscript whenever I got a request for it. And two years and 68 queries later I finally had a book contract with a small press. 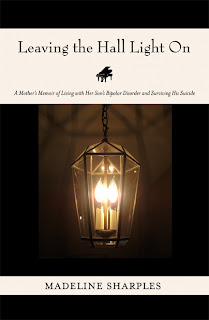 But, not so fast. My publisher asked me to revise the second half of the book completely. That took another six months with a lot of help from three writing friends in organizing, looking for repetition and inconsistencies, and line by line editing.


Finally after writing journal entries, workshop pieces, new pieces, and poems from as early as 1993 I had a memoir that was first published in May 2011 – pretty close to twenty years later.


Using a lot of my source documents helped me create a raw and honest book that offers parents and siblings who have experienced a child’s or a brother or sister’s death ways to get out of the deep dark hole they are in. I have created my book for anyone who has experienced some kind of grief in his or her lives.
The major reason I decided to write my memoir was to keep my son’s memory alive and share my experiences with others who might benefit from them. Through that process I also discovered my lifelong mission – to work to erase the stigma of mental illness and prevent suicide in the hope of saving lives.


Madeline Sharples is the author of Leaving the Hall Light On: A Mother’s Memoir of Living with Her Son’s Bipolar Disorder and Surviving His Suicide (Dream of Things). She also co-authored Blue-Collar Women: Trailblazing Women Take on Men-Only Jobs (New Horizon Press). She co-edits The Great American Poetry Show anthology and wrote the poems for The Emerging Goddess photography book. Her articles appear regularly at Naturally Savvy, Aging Bodies, PsychAlive, and Open to Hope and on her blogs, Choices and Red Room. Besides writing poetry, she is also writing a novel. Madeline and her husband Bob of forty-three years live in Manhattan Beach, California, a small beach community south of Los Angeles. Her younger son Ben lives in Santa Monica, California with his wife Marissa.