Writer Finds Her "Voice" and Story 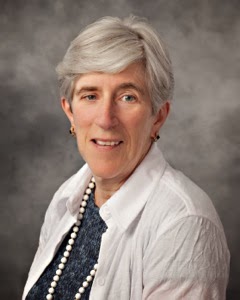 I first met Mary Gottschalk through an online memoir writers forum and was intrigued with the topic of her memoir Sailing Down the Moonbeam.  It was the story of a married couple who decided to chuck it all in search of an extraordinary life by sailing around the world. I read her book and reviewed it and continued to share and "converse" with Mary through social media. Now, Mary has turned to fiction to continue cultivating storytelling. Mary credits a writing group for much of her success in finding her "voice" as both a woman and a writer.  Here is her story. Please welcome Mary to the Women's Writing Circle. ~ Susan


As a voracious reader, I’ve always known that the author’s “voice” is critical to making a story come alive. But for many years, I assumed that voice was the product of just the right blend of things like word usage, syntax, humor, and tone, a skill developed much like constructing a proper sentence from nouns, verbs, and grammar principles. Knowing that each author’s voice is unique, I knew it wasn’t as simple as that, but for many years, that analogy seemed apt.

This delusion was fostered by the fact that, as a scribbler since childhood, writing was how I communicated what was in my mind. Writing was how I connected the dots, how I made sure I wasn’t leaving out some critical piece of data or drawing conclusions not supported by the evidence. From my perspective, writing was how I gave voice to the jumble of ideas careening around in my head.

By the time I finished college, my writing skills were substantial. Whether I was writing an essay for a college professor, a report for a financial client or a guest editorial for the New York Times, I knew how to pen an elegant sentence, how to explain a complex concept in simple terms, how to build a persuasive case for a particular point of view. Once I knew what I wanted to say, I always found the words I needed to say it. 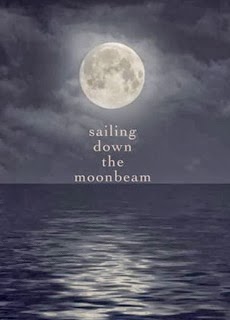 And so, when I sat down to work on the first draft of my memoir, Sailing Down the Moonbeam, at age 60, I expected the words to flow readily from my brain onto the page. Lots of words did indeed spill out, but I soon discovered they were not the ones I needed. “It’s your story, but I don’t see you on the page,” said one member of my writing group. “The woman in this story doesn’t sound like you,” offered a second.

Their message was clear: despite my demonstrable writing skills, I did not have a “voice.”

I tried a number of ways to find that voice, not least of which was mimicking aspects of my favorite contemporary authors—Kingsolver, Kidd, Wolitzer, among others. The result was stilted prose that yielded no insight whatsoever into two offbeat people who abandoned successful careers to sail around the world in a small boat.

In fact, the problem was not about getting the language and tone just right, but of knowing what story I wanted to tell. For all those years as a professional writer, I focused on the facts, on the logic of the case, on the information and evidence that responded to the needs of my audience. I had labored long and hard to remove “me” and any personal perspective from everything I wrote. It was an ideal role for an introvert who disliked being on center stage. 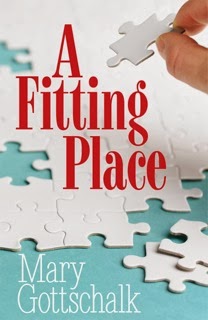 Unfortunately, I had left “me” out of the first draft of Moonbeam, emphasizing instead where we went and what we saw, as if the uniqueness of the places we visited was sufficient to make the story interesting. But readers of memoir and fiction are looking for new ideas and experiences, for unexpected perspectives. Even with stories that take place in unfamiliar settings, readers want that “shiver of recognition,” the sense that the author has connected with the emotions and values of the reader’s own life.

Through the questions and criticisms of my writers’ group, I discovered that my voice lay not in using just the right words, but in telling the story as I experienced it. It was exhilarating to watch my voice emerge once I began to give pride of place to my own personality and perspective, once I began to tell “my” story instead of “the” story. It has been a different, but equally exhilarating challenge to find my voice in my forthcoming novel, A Fitting Place, which is not “my” story, but on an imaginary story as I might experience it.

But perhaps what is most exhilarating about finding my voice as a writer is that the introverted me—the one who tended to stand at the edges of most social situations--has also found her voice in every day life. Having learned to tell “my” story, it no longer matters whether I am telling it on the page or at the dinner table.

What about you?  Can you share the process of working to find your voice?

About the Author: Mary Gottschalk was born in Chicago and has lived  in Des Moines, Iowa since 2000.  She has made a career out of changing careers. After finishing her MBA, she spent nearly thirty years in the financial markets, working in New York, New Zealand, Australia, Central America, Europe, and amazingly, Des Moines, Iowa. Along the way, she dropped out several times. In the mid-1980’s, Mary and her husband Tom embarked on the multi-year sailing voyage that is the subject of her memoir, Sailing Down the Moonbeam. In her latest incarnation, she defines herself as a writer. Her first novel, A Fitting Place, will come out in the spring of 2014. [http://marycgottschalk.com/a-fitting-place/]

Mary’s memoir, Sailing Down the Moonbeam, can be found at amzn.to/Iy5JTJ