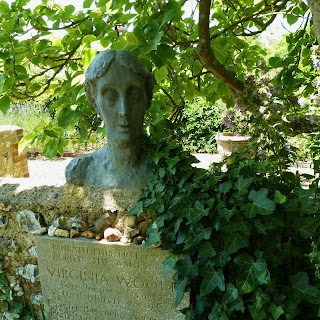 The writer’s journey is often a tumultuous one, but, perhaps no more so than the one feminist writer and literary icon Virginia Woolf traveled.

As I visited her cottage in Sussex, England on July 11, my birthday, I felt inspired; somewhat intimidated by this “business” of writing. For surely it is those most sensitive, as well as attuned to life—the dark and the light—who pick up pen and write.

Virginia’s ashes are buried in her garden at her 17th century cottage, Monk’s House, in Rodmell about an hour’s train ride out of London.

It’s a small house, described in the brochure as “shabbily chic”...a place where artists and musicians—among them the American poet T.S. Eliot—spent evenings fireside.

As I headed toward her writing room, I lucked upon a short reading of Mrs. Dalloway, which some consider her finest work. It begins like this:

Mrs. Dalloway said she would buy the flowers herself. 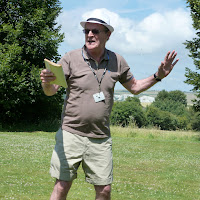 For Lucy had her work cut out for her. The doors would be taken off their hinges; Rumpelmayer’s men were coming. And then, thought Clarissa Dalloway, what a morning — fresh as if issued to children on a beach.

What a lark! What a plunge! For so it had always seemed to her, when, with a little squeak of the hinges, which she could hear now, she had burst open the French windows and plunged at Bourton into the open air. How fresh, how calm, stiller than this of course, the air was in the early morning; like the flap of a wave; the kiss of a wave; chill and sharp and yet (for a girl of eighteen as she then was) solemn, feeling as she did, standing there at the open window, that something awful was about to happen; looking at the flowers, at the trees with the smoke winding off them and the rooks rising, falling; standing and looking until Peter Walsh said, “Musing among the vegetables?”— was that it? —“I prefer men to cauliflowers”— was that it? 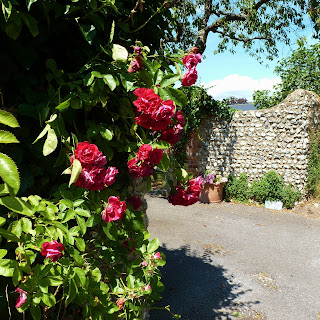 Through a glass partition one can view a large wooden desk with pen and paper, a cigarette holder and dark framed reading glasses...a vintage antique typewriter. A French door leads out to fields toward views of the South Downs and beyond.

A visitor experiences this "writing lodge" as Virginia's solitary retreat—a "room of one's own" where privacy ignited creativity...yet the darker side too.

A woman plagued by depression and what is now thought to have been bipolar disorder, Virginia wrote her epitaph: Against you I will fling myself, unvanquished and unyielding, O Death! 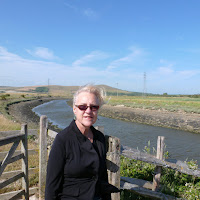 I walked the long and winding path from her quiet literary retreat down toward the river.

The wind blew through the maytrees, just as she described it, “like the sound of breaking waves”...toward the River Ouse where she filled her pockets with stones and drowned herself in 1941. 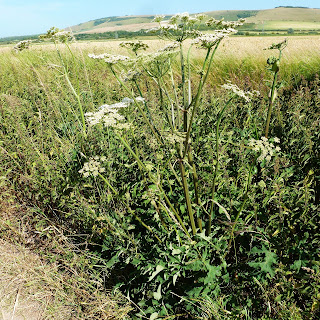 It is a good 20-minute walk, a long time to ponder one’s own suicide, I thought. How unhappy she must have been!

But as the sun shone on the fields that day, I soaked up the source of inspiration that all writers feel when in the ghostly presence of a literary icon. They inspire us and those beyond us...just as we hope in our small way to inspire those who read what we write...to leave behind a legacy—a statement. I, too, traveled this journey. 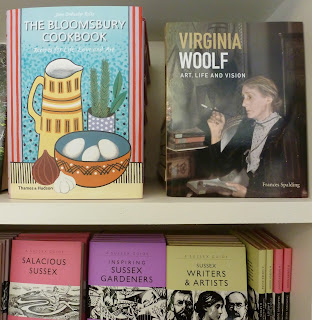 In the garage converted to gift shop, her books are for sale. It was here my son bought me a small candle holder with her photograph embossed on the side. I’ll place a votive in the holder. When the next Women’s Writing Circle meets, I'll light it...and celebrate Virginia.