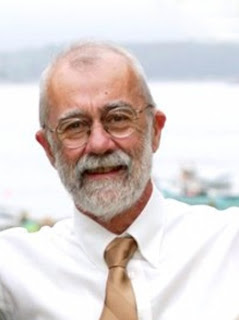 Please welcome memoir writer and teacher Denis Ledoux to the Women's Writing Circle. In this guest post, Denis offers his own experience writing a memoir about his mother, along with tips and insights for those interested in family history memoir projects.


In the fall of 2009, my mother was 88 years old. I decided that it was time for her to have a memoir. Of course, I knew she wasn’t going to write one herself and so I simply began to write those memories of her that I knew well. Then I told her that I was writing her memoir. Since I had been writing other people's memoirs for many years, she was not surprised that I should be writing a memoir—only surprised that I should be writing hers. Like many people, she thought of a memoir as something that belonged to the rich and the famous—to someone else who was not her.

I have written many memoirs of people who have approached me. Writing a memoir is of utmost importance to them. My mother, on the other hand, had not approached me to write her memoir. While she was not averse to having her memoir written, it was not a priority for her. 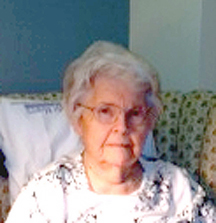 Certain types of people have an inherent interest in stories. Myers-Brigg Type Indictor categories vary greatly in their interest. An Intuitor is generally interested while a Sensor wants to know why anyone could possibly be interested. My mother was a Sensor. My brother who is a Sensor once disparaged the idea of hiring someone to help write a story. "Who's got that much money to throw around?" The interest is in the genes!

(BTW, if "Sensor" and Intuitor" seems mumbo jumbo and makes a person think "everyone is an individual," then s/he is a Sensor. If the concept is hugely exciting, s/he is an Intuitor.)

This difference in priorities — of my usual clients for whom I am doing an enormous favor in taking them on and of my mother who considered she was doing me a favor by allowing me to write her story — is a major factor to take into consideration when writing someone else's memoir.

The two kinds of memoir subjects:

As you undertake to write the memoir of a family member, keep in mind that there are two kinds of people you can be writing about:

1) Some of your subjects will think that you are offering them an exciting project. They will be as enthusiastic as you are about writing this memoir. They will cooperate with you and be very agreeable to meeting with you and to gathering information to expand on their memoir.

2) Another sort of relative will perhaps shrug her shoulders and say, "What in the world do you want to write about me?” She may use the time you have set aside to sit with her to answer a phone call or two or to do another task which "needs doing." This can be frustrating as you try to move the project along and your subject is, in fact, not cooperating

The second sort of person is not “owning” the project. Sometimes this sort of person can become enthused after you have written a bit more on the project and have shown him what you have gathered. But, it is just as likely that this person will never get enthused.

This is your project—yours not theirs

Here’s how I would proceed with a reluctant interviewee:

1) I would continue gathering information from my subject. A memoir requires detail, documentation, and development. I would continue to interview informally—in chitchat, in one surprise focus question, in an observation that calls for a response. Accept that the concept of a formal interview with this person is probably impossible. Use your social time together to gather as much information as possible. In your own subtle way, be directing the conversation to information gathering. Sometimes your subject will find this amusing or she may find it annoying. You will have to play it by ear.

2) The person who is not finding your project to be immensely interesting is likely to be a person who does not provide much detail. This person, while not antagonistic to what you are doing, is not particularly cooperative. Her statements are often in generalities: “In those days everyone did…” “It was really nice to…”

You cannot write a memoir with generalities. Mirror back to the speaker a statement that takes the generality and makes it particular by way of an extension of the thought. “In what year did YOU do…” “When you say ‘nice,’ do you mean you were good at skating?

In my mother’s case, I kept telling her how much her grandchildren would appreciate knowing more about her life. This kept her “in line” as an interviewee. Even so, she would reach a point when she would insist, “Let’s not do this any more right now.”

Yes, that was the end for that day. While I had hoped to bring my mother’s memoir to a much later date, I had to wrap it up in 1951.

Good luck with writing the memoir of a family member. It’s worth the effort.

Did I succeed with my mother’s memoir? Is We Were Not Spoiled an “every woman” story? You can receive a free PDF version of the book for your perusal. The PDF has many photos, but if you prefer the e-reader version, I can send that. The e-reader version has no photos. If you would like a copy, email WWNS@thememoirnetwork.com. The hard copy is also available, but for purchase.

DENIS LEDOUX has ghostwritten dozens of books. He started off writing autobiographical fiction and that morphed easily into memoir. His books are both legacy memoirs which he defines as aimed for family and friends and as literary memoirs which are aimed at a larger public. He is a prolific memoir writer, coach and editor and will be leading the Write Your First Memoir Draft Course for which registrations are being accepted until September 11. http://thememoirnetwork.com/services/memoir-authority-membership/
Posted by Susan G. Weidener at 7:54 AM