The Writer As Amateur Psychologist 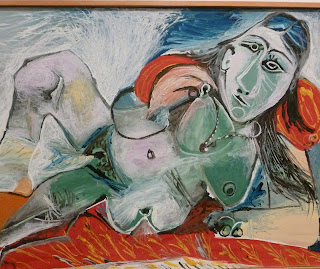 There are so many ideas being propagated out there. It’s enormous. Everyone has a story to tell (SELL) –  a gimmick, an idea, a fantasy, “a take” on life.

It is overwhelming for our readers. How do we make our books stand out? What makes our story worth reading?

I just finished reading Mary Pipher’s book, Writing to Change the World. I interviewed Mary, a psychologist and bestselling author, when I was a reporter at The Philadelphia Inquirer. Here’s a link to the story.

In her book, Pipher reinforces the importance of our “job” as writers to become activists, to change the world for the better. As Pipher notes: "We're all amateur psychologists with our own unique theories why humans act the way they do. All of this individuality that is you, properly understood and clearly presented, is a tremendous gift to the world." 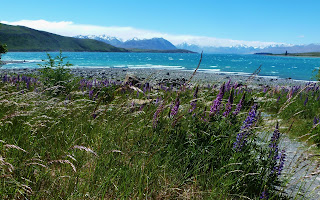 If a book is well-written and has a message of human emotion and resonance, it is destined to find an audience; even when it has a “not-so-popular or not so mainstream” message, it is a necessary book, a slow-momentum book.

An author's understanding of human psychology is as much - or more important - than mastering the craft of writing.


Last week I received a wonderful email from a West Pointer about A Portrait of Love and Honor. Written by a man who knew Jay’s story at West Point because he lived it and knew my late husband, this won’t ever be posted as a review on Amazon. It's a reader offering a window into the human heart, his  . . .more instructive and meaningful to a writer than anything.

He wrote: “I did not decipher who the wild upper classmen were who harassed (Jay) so much. But there were plenty of jerks to satisfy the characterization. In some cases that behavior was basic to their insipid nature. I endured a few real nuts all plebe year, especially during parades where a couple sour individuals enjoyed trying out their cruelty wrapped as humor. A couple years later I witnessed perfectly nice classmates abandon all self-discipline and logic in abusing underclassmen's dignity. I concluded that it was a forced inexperienced (and immature) attempt by those unaccustomed to being demanding and leading others, to demonstrate their "leadership" and zeal in their newly applied roles. I am certain that still occurs, but is not well mentored and leads to lots of unwarranted animosity. I was immensely pleased to have remembered so many details long set aside in lieu of the many experiences lived since those intensive years at USMA.


In many ways, it’s "back to the basics” when writing a book. Write only what you can write and then write it well and with knowledge. Endeavor to determine what motivates someone . . . how they were damaged as children, how they sought to grasp power in a world where they often felt powerless.  How an institution attempted to strip them of their dignity and individuality.

Technology offers us instant communication through email, blogs and social media. We can read, learn and see what others continents away are doing, how they are living. But if we don't use that as a tool to tap into the human heart and understand ourselves and each other, it becomes a distraction, a terrible waste of our time.

It's worth repeating: "We're all amateur psychologists with our own unique theories why humans act the way they do. All of this individuality that is you, properly understood and clearly presented, is a tremendous gift to the world."
Posted by Susan G. Weidener at 9:56 AM

Email ThisBlogThis!Share to TwitterShare to FacebookShare to Pinterest
Labels: A Portrait of Love and Honor, Mary Pipher, USMA at West Point, writing, Writing To Change the World