Mother Of an Addict Finds Her Voice 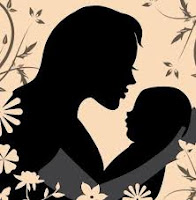 In this beautiful essay Kathy Pooler shares finding her voice as both a woman and mother as she confronts a deeply personal challenge - a son who is addicted to alcohol and drugs. Her journey will be chronicled in a new memoir she has been writing, tentatively titled The Edge of Hope. Please welcome Kathy, a well-known memoir author and expert on the genre, back to the Women's Writing Circle.

“Remember, your child doesn’t need you to take them away from their journey towards discovering their light, they simply need to see your light shining as a reminder of their own along the way.” ~ Changing Lives Foundation

When I looked into his dark brown eyes, I couldn’t believe how blessed I was to have such a beautiful, healthy baby boy. In that moment when I fell in love with him, I envisioned the special part he would play in the world and the pride I would feel as his mom.

I held on to that vision through his childhood. My days were filled with picking caterpillars off his arm before he devoured them, helping him find his Match Box cars under the couch and cheering for him at T-ball, then Little League games. I loved being his mom.

Then when Brian turned fourteen our lives forever changed. I still remember that day I looked into his bloodshot eyes and realized I was looking into his father’s eyes—the eyes of an alcoholic.

My son is an addict. Before that realization I was just a regular mom, going through my days, wiping noses, packing lunches, arranging play dates. The first time I saw him drunk, my bright-eyed boy became a stranger. Before that day, his escalating erratic behavior and sudden outbursts of anger-- punching walls and slamming doors-- were harbingers of problems ahead. In that moment, he took my hopes and dreams for a healthy, successful life with him into his world of marijuana and beer.

Not only did I have to figure out who he was, I had to figure out who I was in the face of this new, horrifying reality. I was still his mom but I knew deep down, even though it was so early on, that I was also the mother of an addict.

I had to find my voice all over again.

I stumbled through many years, trying on different roles –-strict disciplinarian, angry, no-nonsense mom, worried mom--searching for the right voice to combat the terror and confusion of watching Brian sink deeper into his addiction. I held this false belief that I, as his mom, could and should control his behavior. I had him sign a contract with consequences –he couldn’t play on the baseball team if he kept drinking--which ended up a mere piece of paper. My lectures, tears and pleas fell on deaf ears. I dragged him to interventions, counseling, spent my savings on his treatment. (I would do it all over again despite his lack of readiness to acknowledge he had a problem.) I’m a mom. We do whatever it takes to help our children.

“Let go” is the cry of Alanon.

How do you let go of a child?

A mother’s heart beats for her child.

disease than it was about helping him. I had to let go of the driving need to control his choice to drink and use marijuana and save him from his own consequences by doing for him what he could and should be doing for himself-- like paying his own court fees--so that he could find his own way in life. In letting go of my need to control, I did let go of him as much as any mother can let go of her child, but I never stopped saying those three words “I love you” and assuring him that I believed in his ability to recover. 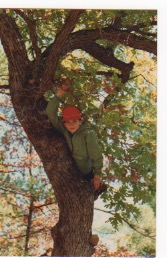 And something magical happened when I started focusing on myself rather than just on him. We both got better! He had the space to find recovery in his own way. I backed off on asking probing questions every time we talked on the phone and, instead, let him know that I trusted in his ability to make the right decision. It was his choice. I visualized him doing well and sent him positive vibes rather than messages filled with hand-wringing angst; I stopped trying to track him down and let him come to me. In doing so, I released myself from the shackles of expectation and negativity. We were free to meet on new ground and over time we reestablished a healthy mother–son bond.

It’s because of him and the adversity we have both faced that I found my mother’s voice. It was there all along. I just needed to find myself first then claim and honor all I tried to do in good faith to help my son . . . and to honor him for the man he has become through his struggles. As Brian had choices to make, so did I.

What I have discovered as I approach my seventieth birthday and reflect on these years of heartache and worry . . . I never stopped loving Brian. I can hate the disease but I can still love my son. I can hold on to th 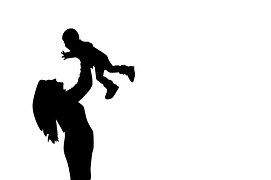 at vision I had all those years ago when I first held him in my arms and looked into his eyes. I saw my son’s future filled with hope and promise . . . my mother’s heart overflowing with the miracle of him.


Kathleen Pooler is an author and a retired Family Nurse Practitioner whose memoir, Ever Faithful to His Lead: My Journey Away From Emotional Abuse, published on July 28, 2014 and work-in-progress sequel, The Edge of Hope (working title) are about how the power of hope through her faith in God helped her to transform, heal and transcend life’s obstacles and disappointments: domestic abuse, divorce, single parenting, loving and letting go of an alcoholic son, cancer and heart failure to live a life of joy and contentment. She believes that hope matters and that we are all strengthened and enlightened when we share our stories. She lives with her husband Wayne in eastern New York.

She blogs weekly at her Memoir Writer’s Journey blog: http://krpooler.com

Email ThisBlogThis!Share to TwitterShare to FacebookShare to Pinterest
Labels: addiction, Ever Faithful to His Lead, Kathy Pooler, memoir, mothers