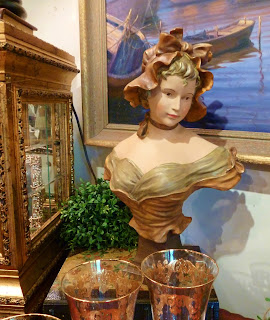 I spend quite a bit of time editing women's memoirs. For the last two months I've critiqued and revised many short stories for our upcoming anthology Life Unexpected. In some of the pieces I'm struck by the timidity and tentativeness.

What do I hear 'whispered' between the lines that obscure the true narrative?

Who can I trust? What might I anticipate if someone recognizes themselves in my story? How much of myself should I reveal?

Silencing the whispers of doubt and judgment - whether our own or others - works its magic. I like to think that a positive attitude about myself and my work makes me eager in the morning to sip that first hot cup of coffee and take a risk with my writing.

I enjoy writing about the woman alone without a husband, boyfriend, a voyager of her own obstacles, journey and self-worth. A woman who sets her sights on the bigger picture and isn't dragged down by the footnotes of life.

In a recent article in the New York Times, "Jodie Foster Is Still Afraid of Failure," the two-time Oscar winner for The Accused and The Silence of the Lambs talks about her challenges and insecurities:

Foster, whose trademark in the movies has been playing strong women, says she finds herself

trapped between the quest for perfection coupled with the fear of failure.

Her mother told her that playing Clarice Starling in The Silence of the Lambs was the "boring" role. Why take it, she asked her daughter?

At one point in her career, Foster had to silence her mother's criticisms. She didn't speak to her mother for over four months in order to honor her own voice. (Clarice, as portrayed by Foster, was ranked the 6th greatest protagonist in film history by the American Film Institute.)

As feminist author Joanna Russ writes in  How to Suppress Women's Writing, women's memoir has always been denigrated as "confessionals" by "literati" of the male establishment. Cultural messages try to obliterate and undermine the female experience.

Women telling the "raw truth" are subjected to the stereotype of the female artist as "personally unlovable, precocious and unbecoming."

"Critics would have us believe that confessional literature is so personal in its content ... it has no value as literature," Russ writes. 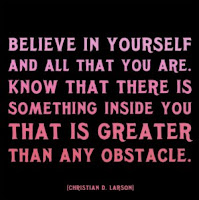 As I write this blog post, sipping my first hot cup of coffee on a Monday morning, I am enjoying the process. I wonder how it will be received?  I hope what I write strikes even a small chord of resonance. I know one thing . . . I want to keep writing and expressing myself. I want to keep reading your work, the poems, the memoirs . . . so many interesting and talented women who have a story to share. I want to silence those whispers.
.
Portions of this blog post excerpted from an earlier blog post titled "The Trust Factor"

How about you? What motivates you to write?
Posted by Susan G. Weidener at 7:41 AM