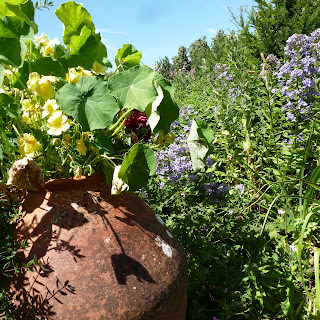 The memoir writer has the unenviable task of breaking through the family myths to get to the heart of her story and the people who populate it.

Too often we bow “to the legend,” as Virginia Woolf writes in her memoir Moments of Being; by doing so it increases “the load” for others.

What are the stories we tell each other and ourselves that add to the “myths” of our lives; then are handed down generation to generation?

Dad was a great hero
Mom was self-sacrificing

These simplistic messages paint others as "winners" or "losers" without shades of gray and the choices involved.

In her own family, Woolf’s father had “no shame” for raging in front of his wife and daughters. His behavior was excused by Woolf's mother as his “genius”; tacitly tolerated under the “myth” that he was a great thinker; not self-centered; behavior tolerated because he was a man.

Leslie Stephen, Virginia’s father, couldn’t live without the support of women who allowed him to vent his frustration and indulge in histrionics. So the myth, the denial, that it wasn't his superiority as a man, but his "genius" formed Woolf’s life long resentment toward her father.

Understanding the myths, the legends and the truth of our stories is at the heart of the writer’s task and by doing so we lessen the load, not just on ourselves, but others.

In a recent Washington Post article, this headline about the famous Kitty Genovese murder screamed attention: Her shocking murder became the stuff of legend. But everyone got the story wrong.

In going back more than four decades since the brutal murder of Genovese in 1964, and relooking at the crime in a new documentary, it seems that many got the story wrong, including the venerable New York Times.

Apparently, the real story of what happened that night was hardly as sensational as the iconic news story which became the stuff of legend. Says her brother, Bill: “It’s like we unconsciously make up bulls---, then we believe, because we repeat it in our heads many times until it becomes part of our life story.”

For better and worse, such stories deeply shape the people who believe them. The New York Times article led to major research in psychology and sociology, but it also made a group of people living in Queens look like heartless accessories to murder. They, apparently, hadn't stood by as silent bystanders and 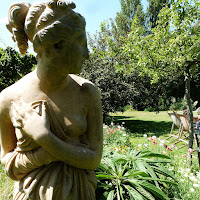 done nothing as Genovese was murdered, after all.

I once heard this in a writing workshop: A writer has to have a high tolerance for ambiguity, but a need for certainty. In the Women’s Writing Circle this past weekend, we discussed this idea that the memoir writer can never truly “prove” the motivations of someone else – yet she also has a great need for certainty, of connecting the dots. And while we all love conflict and drama in storytelling, it can't be a substitute for truth.

Techniques to dispel myths:
Perhaps, seeking therapy so we understand ourselves and our perceptions.

My mother’s parents often told her she had “been a surprise baby” – code for a mistake; her parents already had a son and a daughter. When her father received the news that his wife was again pregnant, it wasn't greeted with rejoicing. So much for saving money; which is why he must never have encouraged nor offered to send my mother to college. “Women didn’t need a college education,” Mother told me he said. 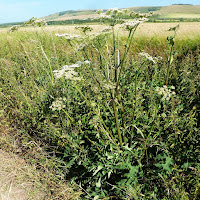 This unfortunate story of  my mother as a midlife baby – a “mistake” – a burden to her father, who had lost everything in the Great Depression, must have influenced much of her thinking; she struggled with serious mental health issues her entire life, yet often referred to her parents as "saints."

And when it came to me attending college, she complained how "unfair" money spent on my education was while she received nothing in kind. I don't think she  resented me; she couldn't connect the dots with her own life story.

As writers we do our best to understand, to document, to draw those puzzle pieces together. What is true and what isn’t?

What techniques or tips can you offer to get beyond the myth or the legend and write the truth of  your story and your family's story?
Posted by Susan G. Weidener at 10:07 AM