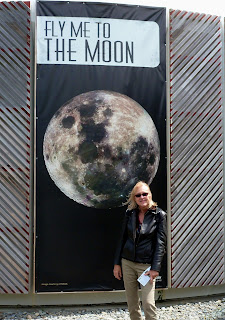 Last week I wrote a blog post why I wasn’t attending the Women’s March on Washington. The post generated many interesting and thoughtful comments, both here and on Facebook; went viral in its own small way with over 500 views the first day.

Many of the comments on the post had to do with why a majority of white women couldn’t support a woman for president. How could this be? This article in The New York Times about women living in the Rust Belt opens a window into that.

In fact, some of the women in the small town in Michigan quoted in this story weren't even aware of the march.

I know many women who traveled to the Women’s March both in DC and Philadelphia and I have great respect and admiration for them.

This Women’s March emphasized “diversity,” yet march organizers left out trying to appeal to white woman in the Rust Belt, who voted in Trump’s favor. They listed fifty honorees, including Gloria Steinem and Shirley Chisholm, but conspicuously left out one name on their “official” list: Hillary Clinton. (The reasoning: this wasn’t about Hillary.) NOTE: One of the chief organizers was a Sanders' supporter.

And since this is a column on writing, let’s call this another “memoir moment.”

When I was in high school, there were “the cool girls;” the “in” crowd.” I don’t know about your high school, but in mine certain “criteria” applied to be part of the in-crowd clique: fathers played golf at the country club, had vacation homes in Stone Harbor, NJ and― yes―the girls were on the cheerleading squad. They wanted to look like the girls in the Breck hair commercials and came pretty close. They aspired to have boyfriends on the football team. They stuck close together and didn't invite others to join them.

I hung out with two or three girlfriends at Radnor High School, which is located in one of the wealthiest suburbs of Philadelphia. After school, we drank black coffee and smoked cigarettes at Ho Jo’s restaurant (short for Howard Johnson’s, which like many of America’s businesses has largely disappeared or been bought out by corporate conglomerates). We didn’t get asked out on Friday nights. I asked my brother, Andy, to take me to the senior prom and my brother’s fraternity brother accompanied my best friend, Kathy.

My friends and I did our own thing, primarily plotting to get as far away from Radnor High School as we could once we graduated. The other girls? I don't know. They didn’t like us, or rather, we didn’t even exist to them. We avoided them, too.

Which made me think of high school cliques and the Women’s March. With a few exceptions ―mainly Ashley Judd―you didn’t make mention of HER name; she didn’t exist to the other girl. (Yet they lifted her quote, “Women’s rights are human rights.”)

As the march demonstrated, women are a powerful force; beautiful, magnetic and strong. How to turn that energy into political currency for women's rights now becomes the question.

Meanwhile, Hillary was gracious enough to tweet her support of the march. As I caught up on writing projects that day and tuned in from time to time on the marches, I felt that the boys get all the attention. Trump had galvanized the marchers the way no woman running for president had! (Even the 'nasty woman' mantra came from Trump.)

I remembered Radnor High School. Until women truly unite―moving past issues of society and class they were born into and joining together in the fight for equality―we’re still a bunch of high school girls trapped in our cliques, spending time with each other and not readily inviting others to join us.

On a more positive note, that's what I love about our Women's Writing Circle. We draw talent and voice from women with many various and diverse cultural, social and educational backgrounds. The Circle is a sacred place where we honor the journey of all women through writing. My dream―someday soon we are all united, not divided. 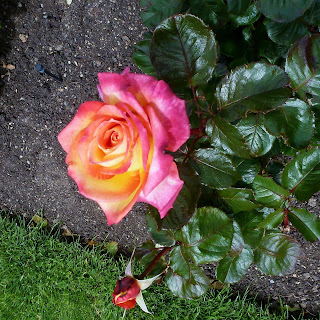