Why I'm Not Attending the Women's March on Washington 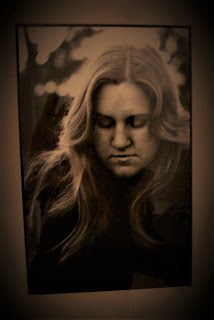 Yesterday in church I chatted with a fellow parishioner. She told me she stopped reading the newspaper because she “had lost interest in the news.”

“I just skip to the crossword puzzle and the obituaries,” she said.

I could identify because it's all so horrible and terrifying.

We got to talking about the Women’s March on Washington.

She said she had thought about taking her grandchildren to the march but decided not to bother. “What I really wanted was to attend her inauguration with them. I even researched buying the tickets online that’s how sure I was.”

“Speaking of the march,” I said, “I had opportunities to attend, but decided not. I feel like I’ve done enough marching in my lifetime.”

Another woman who joined us in the church fellowship hall chimed in. “Susan, I can imagine you have done a lot of marching.”

It’s true. And since this is a blog on writing, call this post a “memoir moment." Here's why my marching days are over.

Last week I read that fifty-three percent of white women did not vote for Hillary Clinton. I suppose I shouldn’t have been surprised, considering the vitriol of this campaign, but still I felt myself cringing reading that―and then rereading it. Fifty-three percent!  (Here's another report on the breakdown.) When I mentioned it to my son over lunch that day, he said, “A woman not voting for a woman. That’s like me not voting for my brother.”

The Women’s March in Washington just seems SO AFTER THE FACT―or to quote a popular cliché these days, “too little too late.” In a world where political opponents are destroyed by unsubstantiated reporting, foreign interference, a public who lacks critical thinking, and misogyny, I’ve said goodbye to my marching days. 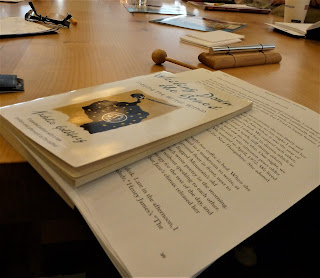 All of this has brought back memories of a young student at American University majoring in literature, wearing a knee-length tweed winter coat with fur collar once worn by her grandmother. She chanted, “We don’t want your dirty war!”


Not long after that march against the Vietnam War, she marched on a bitterly cold gray January day in Washington, DC demonstrating against the inauguration of Richard Nixon. As his motorcade passed by, she joined the ranks of protesters. Life held so many possibilities and she had found her voice!

A couple years after she left Washington for good, she landed her first job as a reporter on a suburban newspaper. Her editor offered her the opportunity to write op-eds. So she cogently ―passionately―cited all the reasons why passing the Equal Rights Amendment was a ‘no-brainer’―and watched that go down to defeat. Years later, she volunteered for Hillary, who lost the nomination to “the more charismatic” Obama. In 2016 … by this time she had married, been widowed, raised two sons and traveled the world … she gave more time, more energy and money to Hillary’s campaign. She supported her on Facebook right from the beginning of her grueling nomination, put a bumper sticker on her car that read "Hillary for America" and a big HILLARY sign near her front door as the Pennsylvania primary approached … naively believing this time would be different.

Two nights before the election, I confidently texted a friend my prediction that―notwithstanding the Comey outrage―Hillary would “win in a landslide.” The next day I stood in line for over three and a half hours on the sidewalks of Philadelphia under moonlit autumn skies in hopes of seeing her, Bill, Michelle and Barack share their joy at the imminent election of our first woman president. 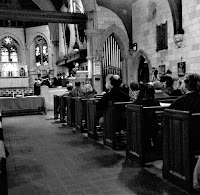 This past weekend I attended a very powerful and moving ceremony that brought various stakeholders together in the community for a peace vigil. A tableau of diversity and collaboration between clergy of all faiths; the LGBTQ community; the Hispanic Alliance; organizations devoted to advocating for the disabled, the disenfranchised, and the lonely, I felt right at home … a small, local vigil held on a cold January night, no news media present. Earlier in the day, I had facilitated our Women’s Writing Circle which brought together incredible energy, talent and pathways to healing life’s traumas through the written word.

It was here, in these settings, I felt I could make a difference and even continue to realize my own potential as a woman.

Sure, thousands of women marching this Saturday portends powerful visuals on television and the internet. But after the 24-hour news cycle ends, pundits will analyze the energy and spit it out. Then what? It’s back to the Twitter tirades and the men whose mantras revolve around power and money. 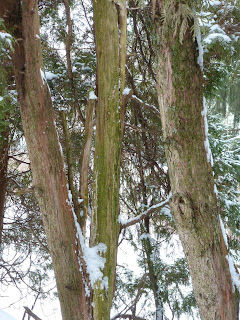 As we celebrate Martin Luther King Jr. today, I feel hope, against all odds, in a world teetering on the verge of lunacy. It was eight years ago today I stood on the University of Arizona campus with the citizens of Tucson and my fellow VISTA members in National Service. As we marched in solidarity, we were handed long-stemmed red roses under blazing desert skies where in the distance the Santa Catalina Mountains offered majestic eternity. It was a march to commemorate we can never take freedom for granted; to honor those who fought so hard for civil rights. The tenor of that march was peace, not anger; joy, not anguish; moving forward under a new president―the first African American president―not fear that hate and deplorable conduct have infiltrated every corner of our society and our country.

I have spent the last seven years facilitating this writing group for women to honor and find their voices. I think I’ve learned that my energy is best spent in ways other than marching and politicking; in living my life as an empowered woman … sharing my gifts with the community. I don’t feel I’m standing on the sidelines, but on the front lines.

So, I won’t be marching with my sisters in the streets of DC or Philadelphia. I’m with them in spirit and in heart and I wish them only the best. But here’s the thing. My journey has taken me down a quieter, less noisy path, hopes no less high, yet tempered with age and experience.
Posted by Susan G. Weidener at 8:16 AM