Memoir: 'Not Sprint But Marathon' by Michelle Monet 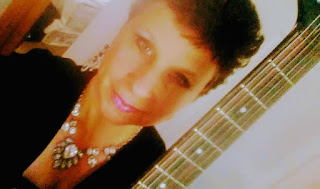 I met poet and writer Michelle Monet through an online memoir writing group. Here at the Women's Writing Circle, it has been our pleasure to feature authors from around the world with a variety of experiences and backgrounds. In that tradition, please welcome Michelle who candidly confesses how memoir is often a marathon of soul-searching and digging deep, but ultimately leads to hidden treasure.

I impersonated Barbra Streisand from Las Vegas to Atlantic City, New York to Russia to South Africa. I sang for celebrities and earned glowing reviews. I was even offered the prestigious finale role in a multimillion dollar production show at the Palace Hotel Resort in Sun City, South Africa.

Many people thought I had it made, including my friends and parents.

People thought I'd ‘arrived,’ but, honestly, it was far from that. I was always plagued with terrifying and debilitating panic/anxiety attacks, sometimes even on stage in front of thousands. Also, I survived an abusive husband who traveled with me, almost killed me and left me penniless in a foreign country where I was starring in a show. (Think Ike and Tina Turner!)

Much of my unhappiness stemmed from never being content impersonating Barbra Streisand, always longing to sing my own songs and be my authentic self, which is a theme of my upcoming memoir.

About a year ago, at age fifty-four, I discovered in a back closet that I had over fifty full journals piled high, that I kept since age eight. That day was life changing. While sifting through these journals, a floodgate opened. I couldn't stop reading.

There was a wave of deep sadness, though―seeing the anguished words of this scared little girl ...

this angst ridden teenage self

this confused young adult self

All wide open on the pages of these journals.

I read a few entries, but then was overcome with an overwhelming sick feeling and had to put them down. I realized I was still grieving and that I hadn't healed the unresolved pain in my life―twenty years later. That was the saddest realization of all.

I did feel that something life changing was happening by finding and opening my journals. I instinctively knew that the 'key' to my future happiness and healing somehow lay in the unraveling of my life through these writings.

I had no doubt that if I wrote the memoir I could unlock my past and move on with my life. I felt it was my life mission now to do it. So, last January after my beloved cat of seventeen years died, I was compelled to start writing. I feverishly wrote about 40,000 words. My instincts told me that if I wrote long enough, hard enough and with enough gusto I would/could unravel the yarn of my past. Then I hit a block. A brick wall. Too much pain. I couldn't go on writing. Unexpectedly, though, I uncovered a whole new life passion. A true gift within all this confusion and pain!

I realized how much I truly loved writing. I knew that I wanted to spend my life writing and even if not this memoir, I had to write SOMETHING. A few close friends suggested that since I had compiled a lot of poetry that I start with a poetry book instead of the very daunting memoir.

So, I pulled out some half-written poems, assembled them in my first book Catch a Poem by The Tale, and published them.

It took seven months to write this ‘Poetic Memoir.’ It was a liberating, cathartic process getting that book up and out of me. I felt extremely vulnerable―a bit like I was turning my skin inside out for the whole world to see―but I also knew that bravery would be needed when I eventually went back to my memoir so I welcomed it.

After my first book, I was so inspired by my love for poetry that two more books flew out of me quite fast, and I published those also. Limerick Explosion  and Word Explosion. Funny, but after publishing those three poetry books I had the inspiration to get back to the memoir with a new determination … so I began writing again. It felt different this time. I felt less emotional pain. More detached. I knew I would eventually write this memoir and I felt happy about it.

Now I see that my break from my memoir was like food that has been simmering on the back burner. You know how food tastes better after it simmers for a while? When you finally pull it up to the front burner, it tastes better? Well, that's how I feel about my memoir now.

Subconsciously, maybe I feel it is not the time yet to tackle the BIG memoir (mainly because my parents and sister are still alive and kicking). Ha!

I've learned that memoir writing is not a sprint but a marathon. It is not linear. Maybe I needed the other writing projects to let my memoir simmer. I am honestly not in a hurry to get it done anymore. I felt a sense of urgency before but no longer.

I'll get the memoir finished in the right time but for now I am just enjoying my writing life and trusting the process.

How about you? Did your memoir take a long or short time to write? 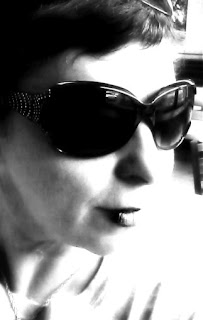 Michelle Monet is a multi-faceted creative human being. Her career began as a singer/songwriter guitarist act in lounges around the Denver area. She progressed to performing her original music in cabaret clubs and concert halls around the US. In 1989 she landed the role as a Barbra Streisand impersonator for the hit show Legends in Concert. and traveled throughout the US from Las Vegas to Atlantic City, to Russia, Japan and South Africa.

In 1996, while starring in a production in Sun City, South Africa she had a passion to switch callings. She began studying visual art. Since then she has sold her art in her gallery/studio and at art shows and festivals.

These days you can find Michelle typing away, blogging daily on her blog 365 BLOGS in 365 DAYS! and chilling with her five cats and boyfriend Bob in the Smoky Mountains of Tennessee.

Amazon Author Page:
Posted by Susan G. Weidener at 8:02 AM