Turning Online Dating Into the Stuff of Story 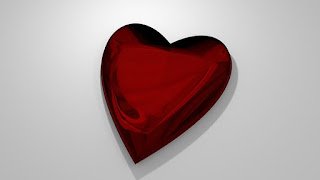 I read an article this morning in The Writer Magazine. It was titled, "Love Story: When Journalism and Online Dating Combine." It struck a chord because that's exactly what I've been doing for years; combining my journalism skills with my online dating experiences and turning them into the stuff of story. In the article, the writer states:

Dating in the modern era is terrible: An endless string of high hopes and dashed expectations, countless hours spent browsing profiles on various sites, and recurring nightmares of winding up alone while all your friends, it seems, have paired off and are creating families of their own. So, what is a modern person to do? Well, while I can’t speak to the situation of all modern people, I can speak to the situation of modern writers, whose job it is to literally find out everything they can about a person, place, or thing, and then create a story, hopefully a compelling one, out of what they uncover. 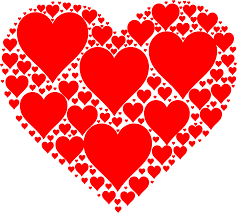 Since I began Internet dating years ago, I have used my dates to produce what I hope is good writing, compelling writing, and a look into the journey of a middle-aged woman who meets all sorts of characters, the good, the bad, the ugly.

In Slants of Light: Stories and Poems From the Women’s Writing Circle, I wrote a short story called "One Last Shot at the Brass Ring." It was about a middle-aged woman seeking love the second time around and focused on an Internet date who tries to convince her he was the Prophet Elijah. Really, you can't make this stuff up. I used my journalism skills to recreate that date, the conversation almost verbatim, along with his body language of the actual date I had with this man.


Earlier in both of my memoirs, Again in a Heartbeat: A Memoir of Love, Loss and Dating Again, and its sequel, Morning at Wellington Square, I again wrote about my Internet dates. The guy out in Tucson, Arizona who tended to rageaholism (yes, he got off on raging against me); the older man who was leaving Pennsylvania for New Mexico because at the age of sixty, as he put it, “I feel a need for my boot heels to be wandering.”

I wrote about the laid-off IT worker who lost his job after his wife left him for an ex-con from Kansas she met on the  Internet. He had been fired because of his anguish, reduced to selling used cars.

I wrote about the men whose dismay and disillusionment was palatable after wives of thirty years just up and left them; in one case, she left him for  her high school sweetheart. I can still see him drinking his second scotch and water and pretending all was fine with the world. At the suggestion of an editor, I tried hard to convey their humanity, as well as their desperation.

I stayed until the end of these terrible dates, perhaps aware that some of them would appear in future stories and memoirs. After all,  it’s only in “real life” that we can find the strange, the unimaginable, and yes, the absorbing and riveting, so take note of their body language, the tone of voice, the clothes they are wearing, how they lick their fingers of bay seasoning as I wrote about the Prophet Elijah. It’s all good stuff in the end. It's all sad stuff, the funny stuff, it's all the stuff of story.

How about you? Have you had an online dating story that showed up in your memoirs or fiction?
Posted by Susan G. Weidener at 9:50 AM

Email ThisBlogThis!Share to TwitterShare to FacebookShare to Pinterest
Labels: Again in a Heartbeat, Internet dating, journalism, Morning at Wellington Square, Slants of Light