The Spiritual Quest Along the Writer's Way

A writer does many things to present a compelling story to her readers, but perhaps the most important is conveying her message, her take on the world. In that regard, almost every writer must dig deep into her spiritual resources, her soul, if you will. Who is she? What is the divine power behind her creative journey? So, every memoir, for example, is a spiritual memoir; every novel the author’s own personal life experience and quest for grace and redemption. 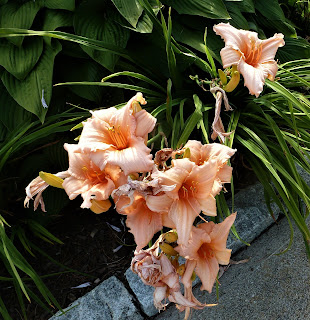 Key to the artist’s creative muse, journey, spiritual quest is confronting the timeless battle between good and evil. This comes in many forms and faces. It can be the punishing parent who warns that if you publish this story she will see you in court and thus ends what might have been a glorious book enjoyed by many; the agent/publisher who rejects your work because he or she wants a “marketable” book, the sort of trash you have no intention of writing. It can be the voice within you saying, what I write is no good. I have no talent. This self-sabotage is often the darkest of places because there’s no way out except through sheer force of will.


This is where the dedication to the spiritual journey becomes even more crucial to the writer. She must believe that she has something of worth to say, that her journey is not just about her, but about the human condition, indeed, the divine power within and without her … the battle between good and evil. For that battle is ongoing every day in the most personal of ways, an affront to civilization, to decency. We see it in the news and in all the many horrific things going on here and around the world. Sin exists on a global scale.

Think of Tolkien’s The Lord of the Rings trilogy (‘inspired’ after soldiering in the trenches in World War I); J.K. Rowling’s magnificent Harry Potter series; Rowling, a welfare mother, whose take on evil and attempts to degrade the sacred and the orphaned became an instant classic. Think of your own life; the son dying from addiction to opioids or alcohol; the growing malignancy in your husband’s body that slowly, cruelly is killing him right in front of your eyes and those of your young children.

The battle between good versus evil is epic.The promise of writing is that we just might be reborn, that our creative quest gives us new life. At the end of the day (or the book), we, hopefully, find the atonement and redemption author and reader seek. It's a collaborative journey. Every great book offers lessons learned that readers can apply to their own lives.

Grace precedes atonement. Grace is our God-given talent and sharing that with others, whether through writing, painting, serving in leadership positions, volunteering, teaching .... Grace moves us forward.

As Julia Cameron writes in The Artist’s Way: A Spiritual Path to Higher Creativity, “Life is what we make of it. Whether we conceive of an inner god force or another, outer God, doesn’t matter. Relying on that force does.”

During this Lenten and Easter season, I have been on a spiritual quest to understand the meaning of the Crucifixion. Why did Jesus have to die so horribly and in such a public fashion? And how does his suffering, degradation and inhumane treatment translate to our own lives…how can we believe in a God who lets this happen to people?

On Saturday, I attended a religious conference led by the great theologian Fleming Rutledge. One of the first women ordained as an Episcopal priest, her message “hope in dark places” comes from the premise that we are constantly living in, among and around the forces of good and evil. This is the great battle that God has engaged with the devil since the beginning of time. But hope resides in even the darkest of places. Whether you believe in the Resurrection, I feel, is not the point, as much as do you believe that good will eventually prevail over evil and that the promise is fulfilled?

On Sunday, I had the great pleasure to again share a conversation in church with Jerry Levin, former CNN network journalist, who was kidnapped and held hostage by Hezbollah.


Jerry produced a short memoir of his spiritual awakening Reflections On My First Noel, and a series of reports from the West Bank over several years and Baghdad during the opening months of the second U.S. invasion in West Bank Diary.

I realize that my journey―both as journalist and creative writer―has been driven by this quest to understand, make sense out of the senseless.

The quest to make meaning of this fantastic, beautiful, dark and evil place called life is a powerful, God-given journey. I think it's safe to say it's a spiritual quest along the writer's way.

Your thoughts and comments are most appreciated.