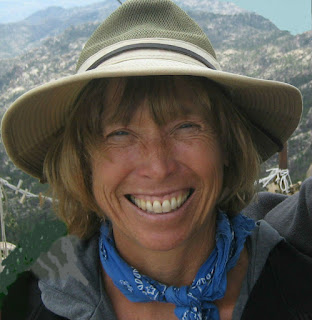 I met Linda M. Strader online and she wrote me: "I stumbled upon the Women’s Writing Circle when another writer’s group member shared the post “Memories of My Best Friend With Gratitude to Facebook.” Always interested in anything to do with memoirs, I read the article and immediately felt connected, not only to that post, but to the others I found on this page. From this connection, I wanted to contribute and be a part of this group."

In 1976, Linda became one of the first women on a Forest Service fire crew in the Santa Rita Mountains south of Tucson, Arizona. She is celebrating the completion of her memoir Summers of Fire due out next spring. In this guest post she talks about the challenges—and the rewards—of writing her story. Please welcome Linda to the Women's Writing Circle.

When I was only twenty years old, I became a firefighter for the U.S. Forest Service. While that is still a relatively unusual job for a woman, in 1976 it was almost unheard of. And it wasn’t just unheard of because women weren’t particularly interested—it was unheard of because the Forest Service did not allow women on fire crews until 1975. What possessed me to take on such hard work? For sure, not because I wanted to prove anything. As the outdoorsy type, the job just seemed to fit. And now that I reflect back, I recognize that maybe I was destined to do something out of the ordinary all along.

For two summers I worked for the Forest Service as a clerk on Mount Lemmon near Tucson, Arizona. After my second summer in the office, I decided I wanted to go for an outdoor job with the agency. When the Nogales Ranger District on the Coronado National Forest called offering me a firefighting position, I said “Yes!” and then wandered around the house in amazement, thinking, I’m going to be a firefighter… 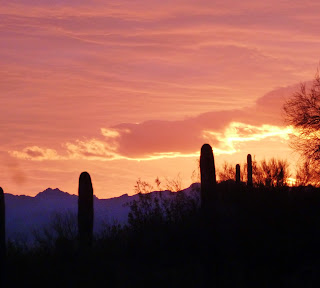 I never forgot my first day of work. My new supervisor inspected my hands for calluses and my biceps for muscles—evidence that I could handle the tough job. That he wondered didn’t bother me. But did I know I could do this kind of work? Heck no! But that didn’t worry me—much. I’d do my best, and that’s all I could do.

Everything went good for most of the summer. A couple guys on the crew gave me a hard time, throwing the “women belong barefoot and pregnant” garbage at me, and making sexual innuendos—but I held my own. It wasn’t until the end of the summer that I discovered most of the guys resented, for one reason or another, my presence on the fire crew.

“You make more work for the rest of us.” And “You couldn’t carry me out of danger if I got injured.” One simply worried I’d get hurt. However, not only did I have to contend with the guys resenting me, but that their wives did, too! They didn’t like the idea of their husbands working alone with me. That stung, but did it stop me from reapplying the next year? No—it made me even more determined to return.

By my third fire season, though, I faced invisible enemies, higher up in the ranks—untouchable men who’d held their positions of authority long before women showed up, “ruining everything.” Denied positions for which I was fully qualified almost made me give up. Almost. I continued to work in this field until I no longer could.

Fast forward three decades: My life fell apart. After I divorced my husband of 23 years, I lost my high-paying job, my mom—and my will to live—a dark time.

The journey to writing my book started out when my new neighbor asked about a collage on my wall.

Pleased, I said, “Oh, those photos are of when I was a firefighter.” He grinned. “You should write a book!”

Emotionally struggling at the time, I wondered if writing about those exciting years of my life would help. I began to write, and ended up with 90 pages of my seven years of experience on fire crews. I shared it with friends, and they encouraged me to add more. Four hundred pages later, needing a solid critique, I found an editor (and eventually my friend), a mentor, and a writers group—all willing to help.

After much hard work editing sentences, rewriting chapters, trying to find the best way to tell the story including where to begin the story, and even more editing, I decided it was time to research publishing. Rejections rolled in. Although form letters, they stung none-the-less. The more personal rejections were painful, but in the end helpful: “Your voice is not strong enough.” And: “A memoir should be written like a novel.” 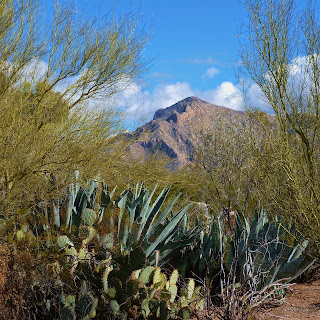 A novel? I didn’t know how to write a novel. Plus, how do I fix my voice?

Finally, I had a revelation. Stop trying to fix what wasn’t working. I started over. I changed from writing about what had happened, and wrote about what I thought and felt when those events happened.

Revision completed, my search for publication resulted in a signed contract with Bedazzled Ink Publishing. Summers of Fire will be released May 1, 2018.


Excerpt from Summers of Fire: Uh-oh,” Joe said, staring behind us. “There go our packs.”

My Pulaski froze mid-swing; I lowered it to my side, momentarily forgetting the wildfire in front of me. Smoke swirled between us. I leaned around Joe and saw nothing but pine trees on fire, which, all things considered, made sense. Where did our packs go? Was an animal dragging them away? Then it hit me. Our packs were up in flames. The forest fire had jumped our line. The narrow defensive belt of raw earth we’d feverishly clawed through the woods had been breached. All of our gear. Gone. Including our canteens of life-sustaining water.

Linda M. Strader: Originally from Syracuse, New York, Ms. Strader moved to Prescott, Arizona with her family in 1972 during her senior year of high school. In 1976, she became one of the first women on a Forest Service fire crew in the Santa Rita Mountains south of Tucson.

Summers of Fire is a memoir based on her experiences not only working on fire crews, but how she had to find inner strength and courage to reinvent her life not just once, but several times. Her publishing history includes many web articles on her expertise of landscaping with desert plants. A local newspaper, the Green Valley News, printed an article about her firefighting adventures, which led the magazine, Wildfire Today, to publish an excerpt. The article generated interest in her speaking on this topic to several clubs, including the American Association of University Women. Summers of Fire is her first book, scheduled for publication on May 1st, 2018. She is currently working on a prequel.

In addition to writing, Ms. Strader is a landscape architect, certified arborist, and watercolor artist. She lives in the same area where her Forest Service career began.