Memories Of My Best Friend With Gratitude to Facebook 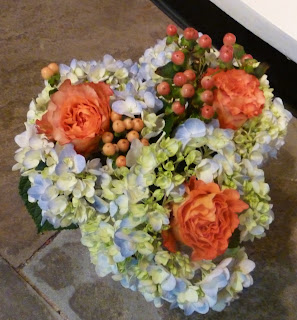 So many of us who write memoirs say we do so to confront our own “truths.” What are they? Are we in touch with the truth or are we in denial as one person suggested I was when I said I felt my best friend’s diagnosis of Alzheimer’s was wrong―all wrong.

I believe life is a lot like One Flew Over the Cuckoo’s Nest, Ken Kesey's novel set in an Oregon psychiatric hospital. Who is crazy? Who is sane? And who decides?

I spoke to my best friend Paula on the telephone this week … did she remember the name of the school where our fathers met and worked? No. Did she remember details of the day she introduced me to John at that same school? Yes. “You weren’t interested and that made him more interested … I watched his eyes light up when you were standing in front of him,” she said. We laughed with delight as only friends whose memories span over five decades can.

When we spoke last month, she told me her boyfriend “had met someone new.” She cried. Now she lives with the illusion that he visits her and that she never said he met someone new. "He loves me," she said.

Life is like One Flew Over the Cuckoo’s Nest. Who is crazy and who is sane? And who decides?

Perhaps, this is the definition of Alzheimer’s, with which she has been diagnosed (but I do not believe she has, nor does she) ―out of touch with reality because reality is crazy, it’s insane, it’s too much for the pure of heart to bear any longer. Now that she has been placed in a nursing home where she can rest, my friend is slowly trying to adjust to years of confusion, anxiety, emotional abuse, going off her meds, and poor diet. 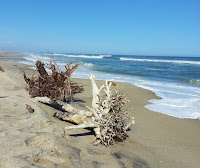 And the memory returns … sitting next to Paula under a red, yellow and blue striped beach umbrella. Our books and notebooks lie on the beach towel; the blue and green Atlantic seascape beckons. I jump up. “Come on,” I say, but Paula prefers to sit quietly on the towel, jot down a few notes for the novel she works on. “You go ahead, I’ll watch,” she smiles and off I run into the icy salty water. As I bob up and down, I look back toward the shore … I see a small figure under the umbrella wearing a big-brimmed straw hat. I wave. She waves back.

She offered me shelter from the storm … every summer around July 4th ―my birthday is July 11th ―I traveled to Long Beach Island. The years passed. First with the boys, then alone …. We ate hoagies on crisp Italian rolls until she became a vegetarian … drank ice cold Cosmos until she gave up drinking, except for an occasional wine spritzer. How to describe being with a friend who loves you unconditionally? Nothing you say results in a judgment, a frown … just love and acceptance of me, of "Susie," as she has called me since we were little girls.

Summers melted one into another and she never forgot my birthday … a bouquet of pink roses the same hue as those at my wedding where she had been my matron of honor arrived on my doorstep …. A special Life magazine edition commemorating the 75thth anniversary of Gone with the Wind, my favorite movie and novel growing up ….

On July 4th I wrote this on Facebook: Many of the past July 4th holidays I spent with my best friend, Paula, at her home at the New Jersey Shore. Like many older women who have lost their way and have little to no family, she has been treated callously by a social services system; one that lacks compassion and discernment. This year she was thrown into an Alzheimer's unit against her will with what I am certain is an improper diagnosis. In the process, they have taken away her home, her car, her life. It's hard to celebrate when there is so much suffering right here in our own country.

I received a wonderful outpouring of thoughts, reflections and sympathy for Paula, and for me.

“How horrible and sad. This is my own personal fear as I age being that I have no children. What a frightening situation for this woman,” a friend posted. 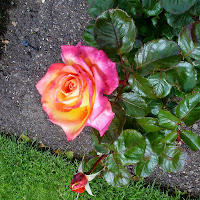 Yet another Facebook friend privately messaged me with an article how many conditions can be confused with Alzheimer’s, including depression, emotional trauma and dehydration … all of which Paula suffered.

Thanks to a Facebook friend who had read my July 4th post, I was put in touch with a psychologist who knows New Jersey social services and elder abuse laws. She was crystal clear! A clarion voice of reason, of action and how best to analyze and help me examine the situation. I don’t think I will ever put social media down again as I met this woman through Facebook and after speaking to her … and then to Paula … my heart feels so much lighter and a course of how to proceed clear.

Paula is in a place where they take care of her basic needs. “There is no drama,” Paula said when I phoned her after hanging up with the woman from New Jersey. Paula doesn’t believe she has Alzheimer’s, but she is, at least for now, prepared to stay in the nursing home and get better. I wonder … last month when we spoke, she wept, was angry, pleaded with me to help her get out of there. What has changed?

I feel so sad … is this what it has come to? Living behind a curtain of denial to survive. I know other people like this, although certainly not diagnosed with Alzheimer’s. And who is in denial? Paula? Me?

As I spoke to Paula on the phone, she asked how I was, and how the boys were. She said she loved me and I told her I loved her. “I am so grateful to have a friend like you, so lucky to have you,” she said.

“I’m worried about you,” I said, trying to hold back the tears.

“I’m worried about you, too,” she said, “that all of this has been overwhelming for you.”

“So much worry!” she said and then we laughed.

When, I wondered, was the last time anyone was concerned that things had become too overwhelming for me? 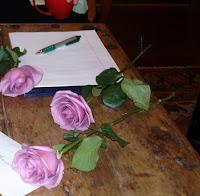 If she wants to go someplace else, someplace near me, I will do all I can to make that happen, I told her. So, for now, I will let it go. She knows I am here to help.

“It’s nice to have choices,” she said.