Crafting Our Story With Inspiration and Creative Vision

There’s a nifty little book by Abigail Thomas called Thinking About Memoir. Plenty of wisdom in a tiny tome. Think about story as “container,” she advises. The shape can be anything at all, a “soup pot,” a “trapeze” a “funnel” …. 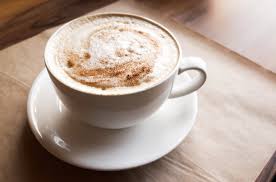 “A shape will eventually suggest itself to you.” Free yourself! For example, don’t be tied down by chronology.

As we figure out how to craft our story, we wait, we write, we wait and stew a little.

***
Over the holidays I met a friend and fellow writer. As we sipped mocha lattes at Starbucks, I told her I was a bit unsure about the “structure” for my new book. The protagonist is trying to make sense of things, a broader understanding of her life and those she meets. First person as memoir? Third person as fiction?

I wrote about the widow's journey in Morning at Wellington Square, my memoir, which concluded thirteen years after the death of my husband and the creation of the Women’s Writing Circle. Much has happened since that story ended, including confronting aging, living alone, moving beyond grief and being widowed. I observe grown sons whose lives open a window into a new age and way of living.

The American author Charles Bukowski comes to mind when thinking about story structure. He didn’t care what people thought and found sport in writing his life story. After all, our job as writers is to entertain and instruct. Who cares what you think, what your trial by fire was, unless you make it interesting? Suffering is interesting as long as it is served with a dollop of compassion and empathy.

Henry Charles "Hank" Chinaski, is Bukowski’s literary alter ego. As Wikipedia notes, “Chinaski appears in five of Bukowski's novels, a number of his short stories and poems, and in the films Barfly and Factotum. Although much of Chinaski's biography is based on Bukowski's own life story, the Chinaski character is still a literary creation, albeit with a pulp fiction veneer. 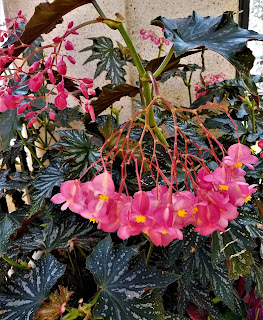 In A Portrait of Love and Honor, Ava Stuart is a woman with a veneer of cynicism but deeply romantic. You might say she is my alter ego. My friend liked the idea that I write “Ava’s” story … what happens to her, she asked?


In A Portrait of Love and Honor, I excerpted my late husband, John M. Cavalieri’s memoir as the foundation for a novel based on a true story. Ava helps "Jay" write his story. Some in the “memoir community” whose support I had hoped for remained silent about this book, as though I had broken a "golden rule" of memoir. One came right out and emailed me that she “had problems” with taking a memoir and crafting a novel out of it. She refused to endorse my book. Others told me the concept was “brilliant.”

***
“A lot of writing consists of waiting around for the aquarium to settle so you can see the fish,” Thomas says. Solitude, reflection, a walk in the woods, a heartfelt conversation about your work with a friend over a mocha latte …. Our submerged story finds daylight, inspiration and vision.

In the Women’s Writing Circle we share the journey. Are you willing to take risks? Are you ready to turn off the monkey mind and trust your instincts to tell a story how you want to tell it?

Do you have an experience of taking a risk with your writing? Please share your thoughts.
Posted by Susan G. Weidener at 3:55 PM