A Writer's Practice: Finding Time and Space to Write 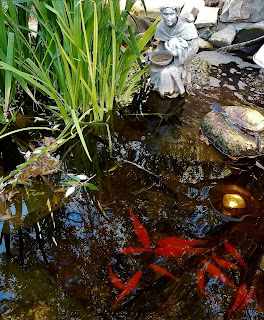 At our January gathering of the Women’s Writing Circle we talked about creating a safe writing space. Then, at our March read around a woman shared that the conversation spurred action. She began clearing out her home office to create a new writing space.

A “collection of remembrances” … a flamingo feather; twenty years of programs facilitated and sermons preached. Keep this, toss that. The desire for a new beginning. A new world unfolding in the retrospective of life’s rearview mirror. “I want a space for reverie,” she wrote. The office becomes "a container," a metaphor of one woman's life journey.

It is in this sense that writing moves us forward. We “clean house” and discover ourselves along the way.

Leaving behind a sudden snowstorm that dumped six inches on Chester County, I boarded a plane for Denver with a connection to Tucson. The economy ticket meant no overhead bin space. No laptop. Can you imagine? 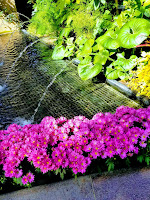 Each morning I wrote in an apartment I rented through HomeAway. Artificial orange flames from a small electric fireplace warmed the modestly-decorated living room. A window afforded a glimpse of the Catalinas. No Netflix, no laptop, just a pen and a notebook ... a space for reverie.

I had packed a novel, Factotum, by Charles Bukowski. A keen observer of human quirks, his own included, this is one man telling his life story as he works a variety of jobs. A simple "container" for  the story, the structure built around one theme of changing jobs. His characters reveal themselves primarily through dialogue.

I met with friends in Tucson I hadn't seen in two years. Over lunches, dinner, wine, we shared life experiences.

She talked about other men; a first husband. “The most dysfunctional man in the room and I’d make a beeline to him trying to fix him. I treated them well, too. For my efforts, I’ve been abused. Slapped around.”

Annie and I got into it then―forgiveness, love, how nice it would be to share again with a man, a partner who understood us, offered intellectual stimulation, a soak in a hot tub talking about politics, love and life. Fantasyland at our age. It felt like a billion years since I lathered Jay with soap in the shower, my hands running down his firm stomach to his thighs where the dark hair caught in swirls in the hot water.

“I find an hour to write … and I’m motivated by my writing partner,” another said. 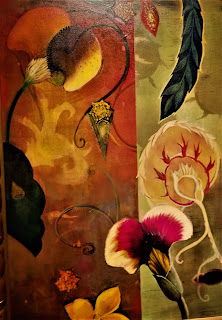 For still another, retirement beckons in four months. She feels joy at jettisoning the two-hour commute and concentrating on her writing.


As Louise DeSalvo says in Writing as a Way of Healing, Writing is cheap. Writing doesn’t need to take much time. We can write during tiny pockets of time throughout our day if that’s all we have … we can continue to "reap the benefits of writing while we keep at it fairly frequently."

Like any "practice," we keep "cleaning house," finding that space and that time to write while remaining open to discovery along the way.