Role of Memory in Love: A Review of 'The Only Story' 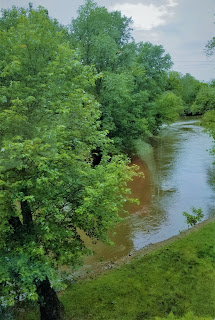 True love is the major theme in my short stories and books. So with interest I read Julian Barnes’ new novel about love, The Only Story. It includes these opening lines. “Most of us have only one story to tell. I don’t mean that only one thing happens to us in our lives: there are countless events, which we turn into countless stories. But there’s only one that matters, only one finally worth telling. This is mine.”

I had never read a Barnes novel before, although I quoted him in my memoir Morning at Wellington Square. “For sorrow there is no remedy.” Barnes’ wife of thirty years died of cancer and writing about grief has become a signature of his recent work.

The Only Story, a profound and deeply moving tale of two people destined to meet, begins in small town England, “The Village,” as Barnes calls it. Paul, nineteen years old and home from college for the summer, falls in love with Susan, who is thirty years older. From the moment they meet on the tennis court, they are kindred spirits, finding intimacy in a world of isolation and narrow-mindedness.


Barnes weaves the story from the memory of the older Paul, looking back on himself and his relationship with Susan.

“You understand, I hope, that I’m telling you everything as I remember it? Memory sorts and sifts according to the demands made on it by the remembered. Do I have access to the algorithm of its priorities? Probably not. But I would guess that memory prioritizes whatever is more useful to help keep the bearer of those memories going. So there would be a self-interest in bringing happier memories to the surface first. But again, I’m only guessing."

Paul remembers those moments in the first blush of love—discovering beauty in the curve of her ears. “She was my life.”

The role of memory is central to the novel. Which got me thinking. How do we remember our parents, our lovers? How do our memories and imaginings converge? For the novelist, memory can be an invention, an artistic rendering. For the memoirist, handcuffed to “accuracy”, the task is harder, near impossible. Honesty and courage in the narrator's role in a tragedy can only be portrayed by plumbing the deepest and darkest memories.

Paul ponders the role of memory. “He recognized that memory was unreliable and biased, but in which direction?” Towards optimism … towards pessimism? He “investigates” his own bargaining, the codependency intertwined with his love for an addict.

Memory supposedly gives us the ability to learn and adapt from previous experiences, but what of love? Much of what we remember is seeped in self-preservation. We try to sort the good from the bad. If the bad becomes overwhelming, it numbs the heart. We move on, literally, if not figuratively.

Despite the disapproval of Paul’s parents and “the Village,” Paul and Susan move to London. Thus, begins an exploration of love from beginning to tragic end told through first, second and third person as Paul distances himself from the relationship that forever changes his life.

What drew me into this story? Barnes’ understanding of human psychology and the lessons of love.

Memories are viewed through what Barnes calls our “own private cinema” that play and replay, changing with time and circumstance. Betrayal in love is inevitable … whether that person leaves through no fault of his or her own (cancer, addiction) or is duplicitous. This is the story of Joan, Susan’s best friend. She falls hard for a married man, they spend years together, he gets a divorce and she learns one morning that he has not only disappeared from her life, but up and married another woman. A drunk, she lives alone with her dogs, swearing off love.

Unhappy men view wives as possessions. Susan’s husband, Gordon, hasn’t had sex with Susan in years, but knocks out her front teeth in a fit of rage (which Barnes equates to power), in reaction to his wife’s infidelity.

Susan keeps house, cooks large meals but can’t figure out what to do in her spare time. She numbs the emptiness and shame with alcohol. Her self-centered daughters make no attempt to get to know her as a woman.

Paul’s best friend, a kind man with an earnest heart, falls for a woman who says she loves him and then tries to take him for his money and house.

Love’s transformation—from gold to lead, thanks to society’s retribution, illness, disillusionment, lying and deceit, or age (you pick one)—is tragic and the theme of this novel.

If all of this sounds sad and depressing, it is. A subtitle to this novel might be, Out of Deepest Love Comes Deepest Despair. But read it if you want insight into “the only story” … a story, which in my opinion, is really all our stories.

Have you read a book that got you thinking about memories and a story that resonated with you?