Our Stories of Trauma Bring Us Back to Each Other 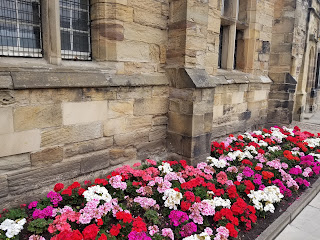 As we read and hear about the lives of others, we can’t help coming back to ourselves. This is the house where I grew up, these were my friends, this was my brother, this is why I wanted to get married…this is the day I experienced the trauma.

The last is especially problematic. It’s tricky. It means stripping away the façade and the secrecy, reliving the pain and fear...taking on entrenched powers. The Government, the Church, the Family...Society.


It is especially problematic for women since writing about trauma is best explored through memoir and memoirs are not literary and are mostly written by females. Or, at least, this has been the mantra of the literary "establishment." When I wrote Again in a Heartbeat, I wrote not about sexual assault trauma, for example, but the trauma of loss and widowhood. Why would you write something so personal, people asked? Why wouldn't I, I responded, although it took me years to get to that point without apology. (Well, you know, it was a healing journey, I would often say to sympathetic nods. After all, isn't memoir little more than therapy?…heaven forbid!)


Can we convince another of our truth? Will they hear me? It seems to me that each of us builds on the other to reach a surprising conclusion. We need each other to expose that it’s not just about us. In the end, famous people get all the attention, but none would be there without the thousands—the millions—who supported and empowered them to make change by sharing their stories

And so we come back together in the circle to share our stories as little girls, as daughters, as sisters, as wives and as mothers. We build on the other, offering acknowledgment and remembrance and hope.


I used to worry about ending up seventy and living alone. Now—although I’m not yet seventy—I relish it. A meaningful life is built on creativity, activism, self-discovery and empowerment.

In the HBO documentary Jane Fonda in Five Acts—which I highly recommend—Fonda talks candidly how her whole life was spent trying to please a man…first her famous father, followed by her three famous husbands, Roger Vadim, Tom Hayden and Ted Turner. Now, she notes, “in this, my final act, I am concentrating on me.” Fonda, who wrote a memoir, My Life so Far, makes clear that writers are activists and that the strong woman who speaks out is courageous. In the process, she says, “you are going to make enemies.”

Our stories and our lives intersect in powerful and important ways. We can—and should— write something relevant, dynamic, and yes, political. 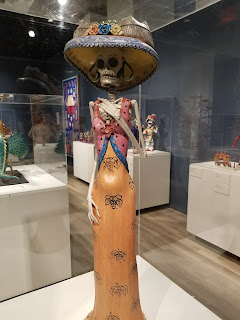 As the nation watched the Blasey Ford/Kavanaugh hearing this week, the chasm between remaining silent or standing up appeared to close for us women, at least a little.

This “train,” Alexandra Petri, opinion writer for The Washington Post wrote in this column, is rushing forward. The train is trying to crush our spirit, our voice, turn us "into a scream on the tracks."

And so our stories bring us back to each other—and, ultimately, ourselves. That's what I thought about this week: This is the house where I grew up, these were my friends, this was my brother, this is why I wanted to get married…this is the day I experienced the trauma.