In This Town Where I Grew Up and Thoughts on Writing 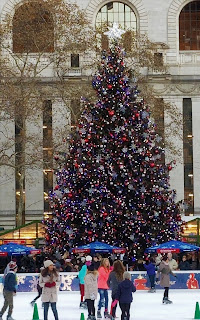 This week I was talking to an artist friend. She put her heart and soul into her artwork and wasn’t selected for a juried show—“It’s okay and I understand,” she said—but coupled with how much time and effort over the years she spent creating original work and how difficult it was to sell had congealed into “a feeling of rejection and being beaten down that I don't like,” she said.

We weren’t able to finish the conversation, but planned to catch up over lunch. I got to thinking about what she said. All the work, all the planning, yet I’m just a voice like so many others out there brimming with hopes and dreams, a dash of arrogance and self-deprecation thrown in. Am I good enough? I hope so because I've seen what's out there and know my work is as good or better, but finding the acceptance, the place to be heard and seen is often illusive.


I think many of us are facing transitions in our lives. Where do we go from here? It seems the old rules don’t apply. The truth is not the truth. But I like to think there’s a silver lining beyond the doubts and insecurities. There’s the changing publishing landscape, for one, which opened up creative vistas for anyone who wants to share their art. Whoever heard of the internet when I was growing up, let alone Kindle or Amazon?

Not many—maybe most of us who call ourselves writers—ever wanted to work a nine-to-five job; still, as we age, the hours weigh heavy, along with the knowledge that much of the unexpected magic of the blank page has already been written. Time is sweet and short. We can blog it, write it, tweet it, author our atonement for the world to see. The ghosts are along for the ride, their voices stronger than memory, echoing through our work.

I grew up in a small town of people who belonged to country clubs; some even owned horse stables and three-car garages where antique cars were polished and burnished to a brilliant sheen. My dad was a teacher, an avid reader, a scholar of Latin and English and we weren't wealthy, but we weren't poor, either, and Dad's work was cerebral. He never knew back-breaking labor. Surrounded by books as a child, I intuited early on the power, the magic of the great authors. They influenced me from adolescence and into adulthood. I wanted to join their ranks. I interviewed countless people, wrote the stories, labored over my books and I’ve loved it and I’m willing to keep doing it because no matter how many books I sell or don’t sell, how many people come to my writing circles, it’s who I am...one woman on a quest, keeping the hope and dream alive under a starry December night.

The thirst for romance and adventure filled me living on Philadelphia’s Main Line, a place where towns along the railroad tracks offer rich complexity, where doctors and lawyers and educators live behind ornate and heavy oak doors of privilege and ancestry dating back to the early days of the city. Heavy drinking and suicide and the way money can pervert all melded into one. It's overwhelming, so you escape into fantasy, into art, into telling stories, yours and theirs, which is a way to make sense of it all. 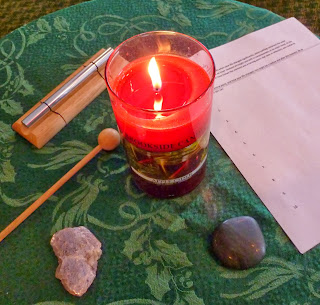 Where we grow up, the places we call our hometown set us on a trajectory and so begins our search for an answer to the question Who am I? Who was my father? My mother? My husband? How did becoming a parent change me?

Going back to the beginning, we locate a key to unlocking the secrets.

Here’s something I wrote, which was published this week in Story Circle Network’s December Journal, about the town where I grew up; Wayne, Pennsylvania, named after that stalwart young Revolutionary War Hero, Mad Anthony Wayne. SCN, like our Women's Writing Circle, is a fine group and offers opportunities for writers to share and be heard. So, with that, I wish you and yours the blessings of a very happy holiday.

In This Town Where I Grew Up


In the town where I grew up I am in a coffee shop, killing time before a writers’ meeting starts at the bookstore up the street. The coffee shop is next to the movie theater. I went to matinees there as a young girl. Some things come full circle—being back here in this town sipping a cappuccino—remembering The Day the Earth Stood Still. 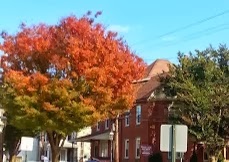 Fifty years is a long time, although in the scheme of things just a whisper on the wind. I look down at my open notebook and see a short story I’m writing about a woman whose dreams are paradoxically less interesting than her life.

After days of rain, it’s finally sunny. “We should go home so I can clean the pool,” I hear the man at the next table say to his wife. I wonder what it’s like to go home with someone. Someone I want to clean the swimming pool with, someone to make love to, or read to in bed.

This town makes me feel like I’m gazing into a lake, watching the ripples of my life ease from the shoreline toward a vast horizon where the final destination waits. What it is, I don’t know, but I’m sure it has something to do with writing. I left this town with dreams of writing the Great American Novel.

Up the street is the Presbyterian church where on a June day, John and I married. I worked for a small newspaper then; a newspaper long out of business, the building now a brewpub. When we first met, he said to me, “You’re a good writer.” I fell in love with John, not because he said that, but because of who he was…and who I might become with him by my side.

Outside, young women stroll by, the vision of summer in short, colorful dresses and high cork-heeled sandals. I’m here—still writing, fifty years later—still in this town where I grew up. Some things come full circle.