Time Is Wasting...It's Now or Never to Write Our Story 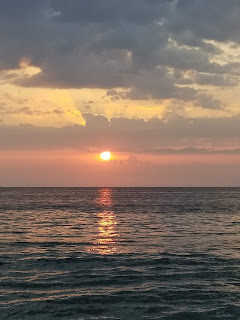 Why write our stories? Why not write them? That’s something each of us decides in her own way. In a writing circle this weekend, we shared what it means to write. It is threatening, one woman said, looking at our small gathering after an invitation to twenty or so women had been sent. It is too much exposure. Once it’s out there, it’s out there! And now it’s out there—a finished product—even though you’re still evolving.


But here's the thing: In a world spinning ever faster, we see the end of an era almost every day, splashed across the front pages of the newspaper and on the internet. We see our own lives passing in the rearview mirror of time with alarming speed. It's now or never to write our story before the wrecking ball demolishes it. Time is wasting.

Writing, or any creative passion or pursuit, means sacrificing something else to make time for this. Finding connection with like-minded human beings is a spiritual and creative pursuit, but no one can make you do it unless you feel called. You can shrug and say why bother, say it is no one’s business but my own, I made my peace with it...whatever it is. If that works, then so be it. I see that a lot. 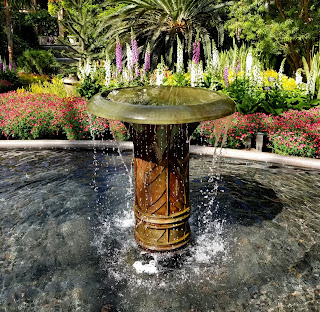 I would start my own writing group as a way to connect and make this business of writing a little less isolating. In a world that has become increasingly dehumanizing, isolation has intensified. We are prisoners of technology, prisoners of our own lack of focus, lack of commitment to something meaningful...lack of community. We can stand back and watch or we can take an active role in making this world a little better.

In our writing circle we talked about morning pages, journaling, even if five or ten minutes a day and after a week realizing there is something there...something to work with. One woman suggested that maybe if we start slow...think small rather than trying to grapple with the entirety of a story and all the emotions it evokes all at once, we have a path forward.
I’ve been doing that with my new memoir: topics range from travel to religion, to sexual assault and aging, to being alone and reinvention. 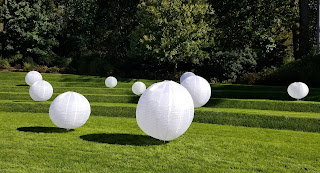 Think about the details, the specificity when writing. Narrow it down. Maybe it’s that childhood home—4 Evergreen Ave.—the jelly jars, the rhubarb stew boiling on the stovetop. A mother’s fuzzy slippers with rose applique....

I believe that for women there has been no more defining moment than now to remind ourselves of the power of story.

In the Circle, we rediscover conversation and community. Our stories are varied and rich. We support and encourage each other. We hear a human voice responding to the expression of being human. There have been many circles, many workshops that have melded into one and this truism remains—we long to tell stories before they are lost forever. Together we make a difference.

"Writing isn't about destination—writing is the journey that transforms the soul and gives meaning to all else." — Sue Grafton

There is this misconception among authors that of course we always enjoy writing, or else, why would we bother? And for most writers, that is probably true, even though we have procrastination down to a fine art.

But we might not enjoy writing our life stories. That might be hard, and about as far from 'enjoyable' as could be. Yet still we do it. Which begs many other questions...

Fran, Thank you for sharing here in the Circle. I do believe that writing must be enjoyable or why else do it? It is like breathing, like getting up in the morning with that first cup of coffee as dawn grazes the sky that we say..."yes, I want to write." There is a joy, a release. Once we have written it, we have lifted the burden, understood ourselves better...maybe it wasn't easy, but always rewarding. Procrastination comes in the form of all the distractions we now face from social media and the 24/7 news cycle to the demands of family. Procrastination of the mind and spirit are issues that make writing illusive.

Susan, it’s so true that one has to feel called to write to endure the ups and downs of the writing life. It’s both gratifying and frustrating. I see it as a gift, a way of connecting with others. It is a journey of self-discovery and healing. For me, writing my two memoirs has been therapeutic. Sharing in a safe and supportive community is an important part of the process. Distractions, especially social media, serve to disrupt that creative flow. Navigating around them requires discipline. Writing can feel like hard work but not writing would be more stressful. And I agree, it should be fun!

Kathy, Thank you for your insights, built on experience and blood, sweat and tears. Your writing journey these last two decades is testament to stories that long to be told. We are all on a journey, hopefully, to make our lives meaningful and make a difference in whatever way we can; thus, the power of story as it touches many with the truth of our lives. As I said in this essay, never has there been a more opportune time for women to write and take hold of the power inherent in having a voice and in storytelling. I do not sugarcoat that writing is hard work, threatening to some, requires soul searching and is often exhausting, but, it is like breathing, at least for those of us who find in voice...stories...books... the meaning of our lives. Social media is ephemeral, as is the news cycle. Here today, gone tomorrow. I search for something more lasting.

This post is spot on and so are the comments, which I also enjoy reading. Like Kathy, I see writing as a gift, a way of connecting with others. It is a journey of self-discovery and healing. After having written the memoir of my early life, I find my entire life makes more sense. I am certain teasing out the turning points in my story has something to do with it.

One more thing to share. This week I'm doing final edits. (Yes, I've said that before!) This time with a twist though. The people doing my book design and layout give back the edits in Adobe Acrobat Reader form. I discovered that via "View"in Reader I can access a male voice reading my pages out loud. I caught a few more errors with the aural aid. %-D

Marian, That's terrific that you were able to catch a few more errors before going to press. I'm not sure I'd want to hear a male voice reading my entire memoir, but more power to you! I like how the turning points of your early years led to more understanding of the woman you are today and I can see many blog posts coming out of that when your memoir is released...posts that might lead to a second memoir. When I write about my childhood and my parents, I certainly find that to be true, as well. Like you and Kathy say, writing our story is a pathway to insight and self-discovery and I find I look forward to going upstairs to write, all my papers spread out on the huge desk that my sons assembled for me last year.

Thank you, Susan. I specifically mentioned male voice because the tone was in direct contrast to my own voice. An alto/tenor female voice would have been okay too! :-)