As I  watch the heavy curtain of snow descend, I am thinking about last night's Story Slam at Ryan's Pub in downtown West Chester. 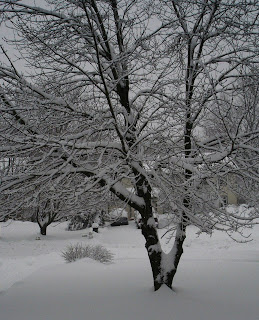 Organized by another writer, the idea is to tell a story without notes or props in five minutes or less. Judges rank each story teller and the winner gets a chance to compete in the "Grand Story Slam" contest in November. I love the art of storytelling and thought - fine, I'll give this a try. The topic "love is hard" appealed to me. My stomach fluttered a little nervously as I stood up, took the mike and starting talking about my son, Daniel - first when he was a little boy heading off to summer camp and then flashing forward to when he was graduating from the University of Arizona to enter the work world.  My theme - leaving the nest is hard on both mother and child.

Strangely,  among the eight storytellers, I was the only woman.  Why? What was happening here? Was it testosterone that made the difference between telling a good story and listening to one? Or was it society's message that women quietly sit back while their male counterparts run the show?  Whether it was a story about a dead cat or the guy who had a crush on a rock singer until he figured out she preferred women, it was all the same.  Males wildly gesturing, joking and using sarcasm while the women in the audience obligingly laughed and clapped. One woman liked my story, too.  I heard her say, "It almost made me cry."  Maybe that was the difference. Guys are better at jokes and women better at tears.

In the end machismo won the day although I think I may have come in second.  I suppose I should feel good all things considered. After all, when it comes to Story Slams, guys win hands down.  And I am betting that when November's competition rolls around, it'll be the men on center stage.
Posted by Susan G. Weidener at 11:59 AM