Thoughts on Writing While Traveling 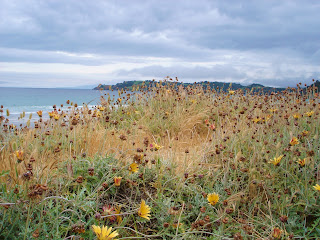 I am back from Australia and New Zealand.  Did I write on this trip?  No.  But I was thinking about writing the entire time.
What can I say?  Sometimes, it is good to step back, take time for reflection and think about where you are going from here. Thus, the reason (excuse) for not journaling. I did finish reading James Hollis' book, Finding Meaning in the Second Half of Life: How to Finally, Really Grow Up.  For those who can handle Jungian psychology, it is definitely worth a read.  Perhaps, the most striking aspect of this book is that we can never escape our childhood . . . now it becomes  - how do we deal with it and move on?

As for Down Under, it is an exotic land and one that has a rather checkered history, having its roots in the British penal colony system, as does New Zealand.  We pay thousands of dollars to tour countries that the British once viewed as fitting places to dump its criminals, many of whom were young children guilty of no more than stealing a hairbrush.  They were sent to Sydney after a six-month ocean crossing and subjected to harsh and unsanitary conditions in a place known as the Rocks, which these pictures depict.  I have also posted pictures of the South Pacific in New Zealand. 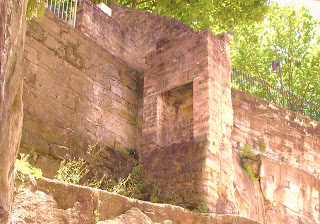 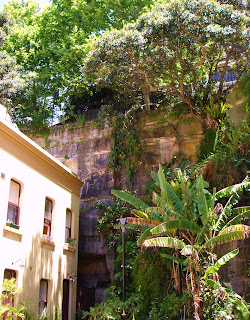 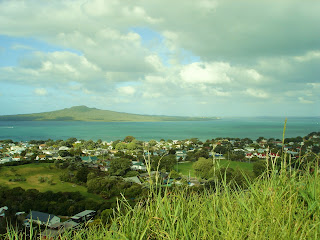 Back to writing.  The Women's Circle meets at 9 a.m. on Saturday Dec. 11 at Wellington Square Bookshop in Exton.  I am also pleased to announce that I am starting a read-around for men and women at Wolfgang Books, 237 Bridge Street, Phoenixville. Our first read-around at Wolfgang is 1 to 3 p.m. on Saturday, Jan. 22 (Please note the change; originally I had Jan. 29.  I want to meet here on the fourth Saturday of every month).  More to come on that later.  Our read-arounds will also continue the second Saturday of the month at Wellington Square Bookshop.

All the best,
Susan

It always warms my heart to hear of a group in which men are welcome. I'm looking forward to learning more about read-alongs.

Thanks, Jerry. Our writing workshop in October was enriched by the presence of a man and his story. That got us thinking about starting a second read-around open to men. I would love to have you join us if you want. I will keep you updated about the read-arounds at Wolfgang.

Yes, please keep me posted. What is the format? Is it a critique group?

Thank you for asking about the format. We offer critique only if the writer desires.

The writer tells the group what they want from the group before they read - be it read-back lines (words, sentences, etc. that resonated) or just general comment on the piece. The writer can take the 10-minute allotted time to read, comment on where he or she sees the piece going from here or how they felt when writing it.

The read-around is a chance to get feedback in a supportive, nonjudgmental setting and serves as validation within the group to commit to writing, as a way often to heal and express emotion. We also talk about writing techniques and honing our skills as writers. I have written more about the read-around on this blog. Hope that helps.
Susan