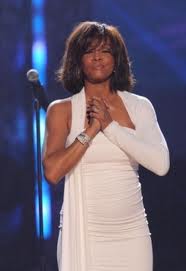 This past week I thought a lot about Whitney Houston and that incredible voice.  I thought about how she interpreted a song her own unique way, her voice soaring and caressing the lyrics.
She gave us the soulful young gospel singer from Newark, New Jersey, the diva struggling with fame, the woman fighting her demons.

As I watched her funeral broadcast live last Saturday, I was struck by Kevin Costner's eulogy; his memory of her asking him before her screen test for The Bodyguard,  "Am I good enough?"

Costner said this question haunts many celebrities. He had often asked himself the same thing.  This from the man who gave us Dances With Wolves.  This from the woman who possessed beauty and the voice of an angel.  As Stevie Wonder sang at Whitney's funeral . . ."She is part of God's heavenly choir."

You don't have to be a celebrity to know the insecurity that often accompanies personal revelation; the risk-taking of putting it out there and opening yourself to criticism.

Give us something, anything, but don't make it lukewarm. Don't copy another writer's voice. Find your own.

After reading Anne Lamott's Bird by Bird I realized she had summed up what I had felt.  Writes Lamott of  her stories about her father and best friend:  "I wanted to write a book that also might help someone going through a similar situation.  Some people may have thought this book was too personal, too confessional.  But what these people think about me is none of my business.  I got to write books about my father and my best friend, and they got to read them before they died.  Can you imagine?  I wrote for an audience of two whom I loved and respected, who loved and respected me.  So I wrote for them carefully and soulfully as I could - which is, needless to say, how I wish I could write all the time." 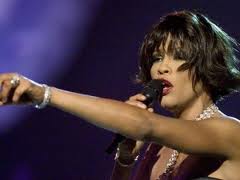 We felt we knew Whitney Houston when she sang, "I Will Always Love You." She was singing just to us.  It was hers.  No one can ever sing it the same way.