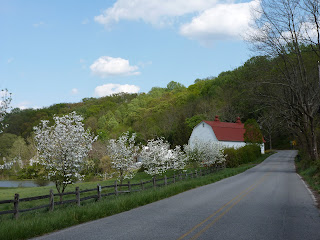 When we write a scene or develop a plot line, what can be more important than chronology? The surest way to lose a reader is to leave her  scratching her head and asking:  When is this happening?  How did we get here? How did she end up taking the bus to find her father?  Wasn't she just in an elevator with her mother?

It is easy to lose the thread of our own timeline.  As an editor, I see this time and again in the stories I edit.  One minute we are in one setting and the next . . .wait, where is the transition?

Taking off my editor's hat and putting on my writer's, I have wrestled with how difficult chronology is.  A recent piece I wrote was confusing to a reader. When did you first meet him, she asked?

Chronology seems obvious to the writer because he or she knows so well the map of her story. Yet, I can't emphasize enough the importance of clear chronology. For example: As the women toyed with their Greek salads, they were reminded of when they had first met two years before at this same restaurant. It was a hot summer day in 2009 . . . 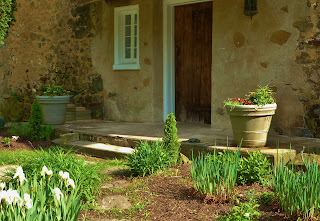 It is easier if the story proceeds in a chronological fashion.  Yet most writers employ flashbacks.  Flashbacks usually follow a strong scene.  They can be framed in such a way that it becomes clear this happened in the past by switching verb tenses or - one of my favorites - using italics to set it apart from the main scene. Flashbacks can be fascinating, but they shouldn't go on forever.

A writing prompt for our May 12 read-around. Write a scene and use a flashback to make that scene stronger. Make sure that the chronology is clear.

Tell the reader in the first few sentences of the flashback that there has been a shift in time. An example:

Anything she said, and Richard nodded with understanding, like her father. The rest of it was also like her father – she couldn’t put a finger on his emotional pulse.

She had made the call to her father after coming home from a support group for widows. Her husband had been dead three months.  She sobbed, clutching the phone.

“You have to stop living in the past,” her father said.  His detached rebuke took her aback like a slap across the face.

She looked at Richard as they sipped wine over  candlelight. She wanted to tell him about her father, but she knew she couldn't. 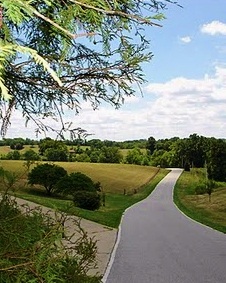 My last book, Tenderfoot, is a novel, not a memoir. My story weaves around the timeline of the Mount St. Helens' eruption of 1980. How I did it was to start each chapter with a "newspaper clip" that I created myself. But other ways would be to mention a movie, song or book popular at that time. Nice blog, Susan.

Hi Mary,
That's a great technique.
I agree that giving the piece a sense of time works well by mentioning all and anything you suggest - books, movies, popular songs at the time, presidential elections, etc. Thank you for sharing.

Thanks for this prompt! Using Chronology and Flashback techniques thwart many of my writing efforts. This prompt will help me focus better. I won't feel so helpless or hopeless.

Focusing is the hardest part of writing; making it all come together, streamlining it.
Feeling helpless and hopeless from time to time is the writer's lot in life. It's what we do with that, I suppose, that makes the difference.