A Journey - Saying Goodbye to Lucy 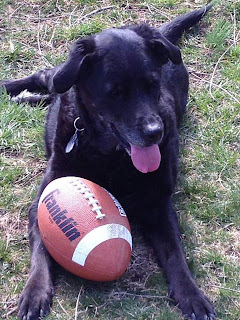 When you are traveling as I have been this past week, you have to put aside your expectations that life will go on as usual  . . .  that there won't be roadblocks and unexpected obstacles along the way.

Like the language barrier, navigating the Metro, finding an ATM, time zone differences   . . . everything from people and culture.
It's a lot like life.  Twists and turns and the unexpected.  I am traveling from the suburbs of Philadelphia to the Russian Federation and the first thing when I get to St. Petersburg are emails from my son, Daniel.
Lucy is in the hospital.
She began dying within hours after my jet was winging its way across the Atlantic, first to Frankfurt, Germany where I landed in a pristine airport with people who looked like me, yet whose language I didn't speak.  Although my great-grandparents had arrived from this country over a hundred years ago, I had no more in common with Germans than my looks.
Somehow, Alex, my older son and traveling companion and I soldiered through the exhaustion and flying to Dusseldorf and from there, yet another plane to our final destination in St. Petersburg.  Got to the airport in Russia only to discover no bags.  We would find out later our luggage had ended up on a plane to Munich. It would be almost 24 hours before we got a change of clothing . . .  could it get any worse?
Then an email that Lucy, my beloved dog for the last 13 years, was in the hospital.  Thanks to the wonders of the Internet and Skype, we were able  to talk face-to-face with Daniel.  Lucy had suffered several seizures.  Our regular vet was gone for the night and so  Daniel took Lucy to an animal hospital where they treated her with diazepam to calm her (shades of my mother who was also on diazepam at the end of her life) and sent our dog home with a possible prognosis  . .  brain tumor - only confirmed if there was an MRI. 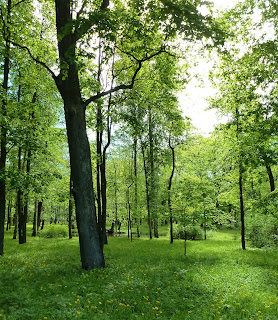 Through Skype, Daniel relayed an image from his cell phone - Lucy crying, whimpering in pain on the white tile kitchen floor back in Chester Springs.
Finally, the next morning the realization there was no hope.
And so after traveling 7,000 miles and an  8-hour time difference, I learn within my first day here in Russia that Lucy is gone.  Daniel weeping on the phone . . . Lucy running through the fields of Elysium.
What am I supposed to do?.  Let this ruin my entire trip?  Or realize that life is fleeting, that it can all change in an instant, in a heartbeat.
When you are thrown a curveball all you can do is re-adjust and keep going.  Still, you ask, why?  But as you move among the crowds of people speaking a different language, coming from a different cultural background, it comes into focus.  Our plight is the same no matter where we are.  Everyone is on a journey, unpredictable, filled with loss.
All we can do is let the weight lift and move forward.
Posted by Susan G. Weidener at 12:59 PM

Email ThisBlogThis!Share to TwitterShare to FacebookShare to Pinterest
Labels: memoir