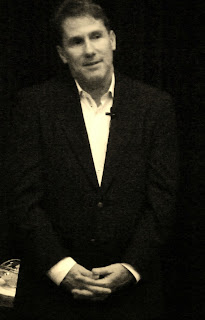 “Love is like the wind, you can’t see it but you can feel it.” ~ A Walk to Remember by Nicholas Sparks.


When I wrote my memoir about falling in love with my husband and his death from cancer at the age of 47, someone told me our story brought tears to their eyes.  It reminded them, they said, of The Notebook, a novel by Nicholas Sparks.  Being compared to him felt like a huge compliment.  Sparks is the master of writing  true love drenched in tragedy and transformation all within a short, well-crafted page turner. So when I got a chance to hear him speak, I took it.


Nicholas Sparks walks onto the stage at a private school here in suburban Philadelphia that provides instruction for students with dyslexia and other learning disorders. (Sparks’ son has Asperger’s.) He is dressed in black blazer and slacks and white shirt looking a little like the guy next door except that since The Notebook was published in 1995 he has sold 90 million books.  Speaking with a slight lisp at times, he jokes that while other authors do readings, he won’t.  He is a bit cocky. “You’ve enjoyed reading my books or why else would you be here?  Why would I think you can’t read and read to you? "  Then on a more personal note: "I’m assuming you want to know about my writing journey so that’s what I’m going to talk about.”


For the next hour he talks about what led an Olympic track and field star hopeful and business major at University of Notre Dame on a journey that would lead to all 18 novels being adapted for movies or optioned.

“Why not write a book?” his mother suggested.  He was 19, a down period in his life when he realized his dream of going to the Olympics was over.   An admirer of Stephen King he tried writing. “A horror novel!”  his audience at the school finishes for him. At 22 he tried emulating  Agatha Christie.  Mysteries? No luck.  It wasn’t until he had gone through waiting tables, appraising real estate, selling dental equipment, being rejected from law school, that he realized how long it had been since he had chased a dream. That book his mother had once suggested.  What about that? Why not write about family? A corsage and boutonniere left for a couple too sick to attend his wedding got him thinking about youthful impassioned love, the decline into aging and dementia and a couple who were still in love after 60 years. His wife’s grandparents became Noah and Allie  . . . he pauses and the audience of several hundred shouts “The Notebook!”


He randomly picked out names of literary agents. Oddly it was an agent he hadn’t contacted – who had heard about his manuscript and offered to represent him within 48 hours of when he first sent the manuscript which he wrote in six months. (All 24 other agents rejected it.) Two days later she leaves a message to call.  Warner Books has offered  $1 million dollars.  Shortly after that, he gets another message from her.  “Call me."  Another offer . . . turning The Notebook into a movie. 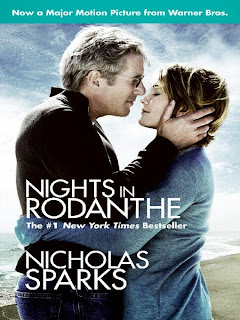 He laughs and talks about the sound of big rigs roaring along the highway near the pay phone booth where he heard the news from his agent.  "It was surreal."

"I know you'll want to know this," he says. "Yes, I have a lot of control over casting. " He doesn’t mind that his stories are often changed from how they appear in the books.  “I wrote them, imagined them, you read them and your imagination took you into the story, now let another’s imagination go with the story,” he says of Hollywood.


Sparks followed The Notebook with Message in a Bottle about a widower who grieves his wife.   Sparks’ father had “dressed in black for seven years" after his wife died, writing her messages which he placed in glass bottles. (Sparks’ mother died instantly from a cerebral hemorrhage after her horse reared and her head hit a rock.) Just after his father joyfully announced he is engaged to be married, Nicholas gets a call.  His father fell asleep at the wheel and is dead.    Someone in the audience asks how he deals with trauma. “You move on.  What else can you do?  Life is a journey," he says.

Readers, Sparks grins, were beginning to look at him with "sad, down turned" faces.   His third book, A Walk to Remember, was based on the true story of his little sister who would tragically die of cancer, not before the man she loved got down on his knee and proposed knowing they would never have a life together. Sparks, along with his brother Micah, is the sole survivor of his family.  He wrote a memoir with Micah, Three Weeks With My Brother. “It’s a story of tragedy and joy, hope and support,” Sparks writes in the introduction. 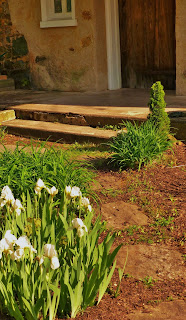 Family and friends continue to sow seeds for his stories set in small coastal towns in North Carolina where he lives.  The ill-fated couple in Nights in Rodanthe  (my personal favorite) was based on his aunt and uncle.


He writes all the time. “I was writing on the plane coming here and in the hotel room earlier this evening.”  He can write anywhere, works out of a room above the garage in his house where he enters “the zone,” shuts out the world and becomes totally immersed in his story. He knows the ending before he starts writing the book.

He and his wife, Cathy, have five children. He doesn’t do the racy stuff in his books because he imagines his grandmother reading sex scenes and it feels "icky."

If he could have dinner with any author living or dead?  Charles Dickens, he answers without hesitation.

In the end, Sparks' stories of  love and loss have struck a universal chord in millions of human hearts.  His challenge is simple he tells his audience.  To write stories that “evoke genuine emotion.  I work hard at that.”

As I left the auditorium of the Benchmark School on a windy November night, I thought about how we  can apply Sparks’ writing journey to our own.  Here's some ideas:
Posted by Susan G. Weidener at 10:18 AM