When Fiction Is Better Than Memoir 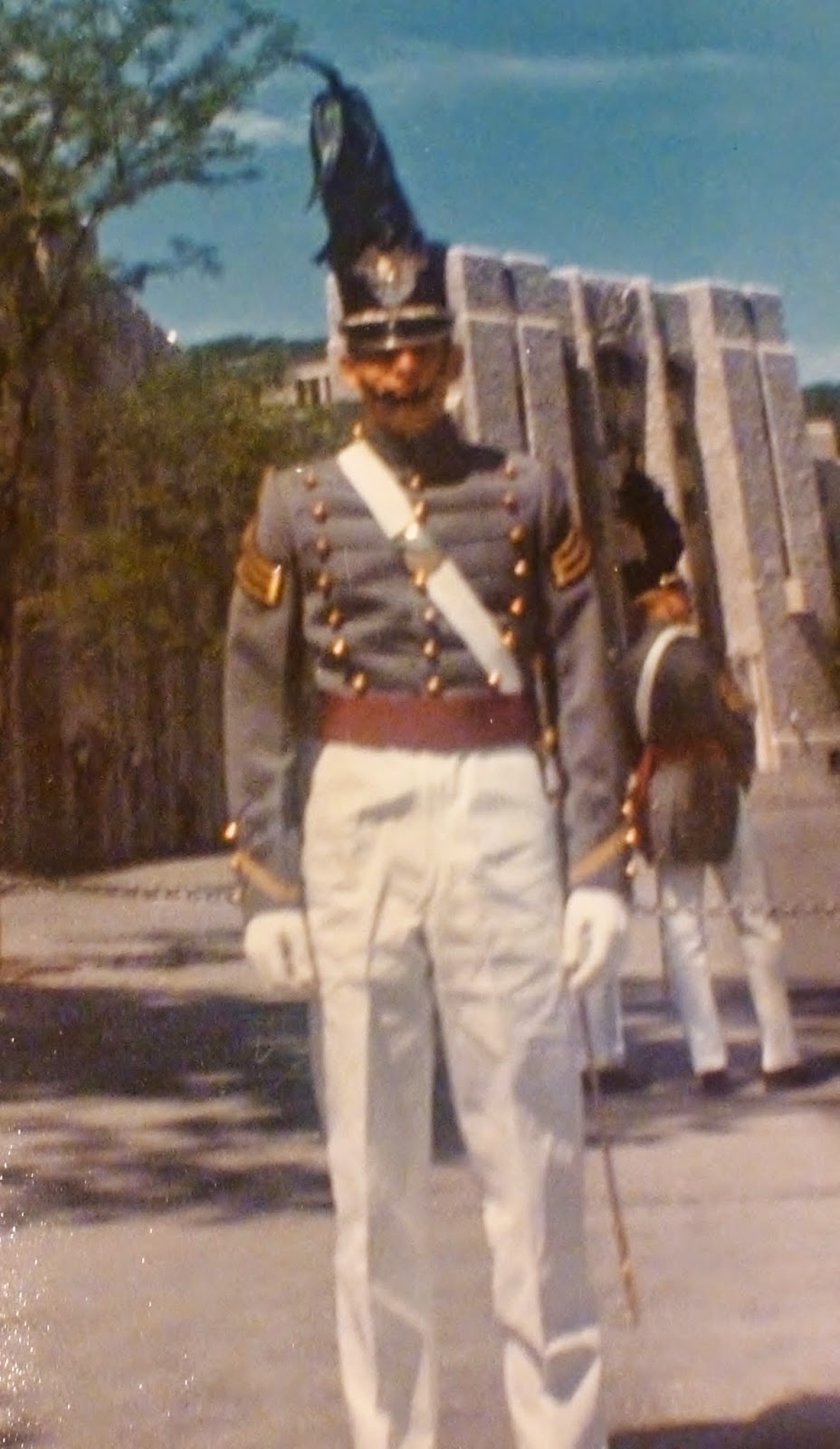 How many of us have taken a memoir and used it as jumping off point to write a novel? Well, that’s exactly what I did in my forthcoming novel, A Portrait of Love and Honor. It wasn’t my memoir. It was my late husband’s unpublished West Point memoir, around which I wrapped a fictionalized love story. It was risky, but creatively rewarding.


When you write a memoir, you are bound by the truth. Accuracy is uppermost. Of course, who hasn’t written a memoir and left something out, either by design or accident?


When you take the memoir, the journal, or the diaries of another person, you are also bound by the accuracy of what they wrote. Tampering with their words, their memories, is not just wrong, but unjustifiable. It is almost like changing someone’s Last Will and Testament.


That being the case, when you write fiction, you weave a larger and more imaginative story that allows the memoir to be showcased and shine.

The introduction of another character – in this case, my main female character, Ava Stuart, offers the reader her views of the memoirist, Jay Scioli (my late husband, John M.Cavalieri’s, pseudonym). Ava reads Jay's memoir and asks him the questions that John never asked himself in the memoir. As his wife, I imagined what he would have said to Ava's questions; hopefully, holding true to John, while at the same time enjoying the creative license to invent - a definite 'no no' for the memoirist.

When I wrote Ava Stuart, a 40-something writer on her own, newly-divorced, it let me draw upon but also move away from my own experiences. I could enhance a single woman's journey  . . . finding true love, friendship and connection in a life that had been marked by disillusionment.

When I wrote my memoir Morning at Wellington Square - in actuality, a series of vignettes tied together through transitions - there was only so much I could elaborate on without veering from the narrative of a woman’s journey from loss to renewal. 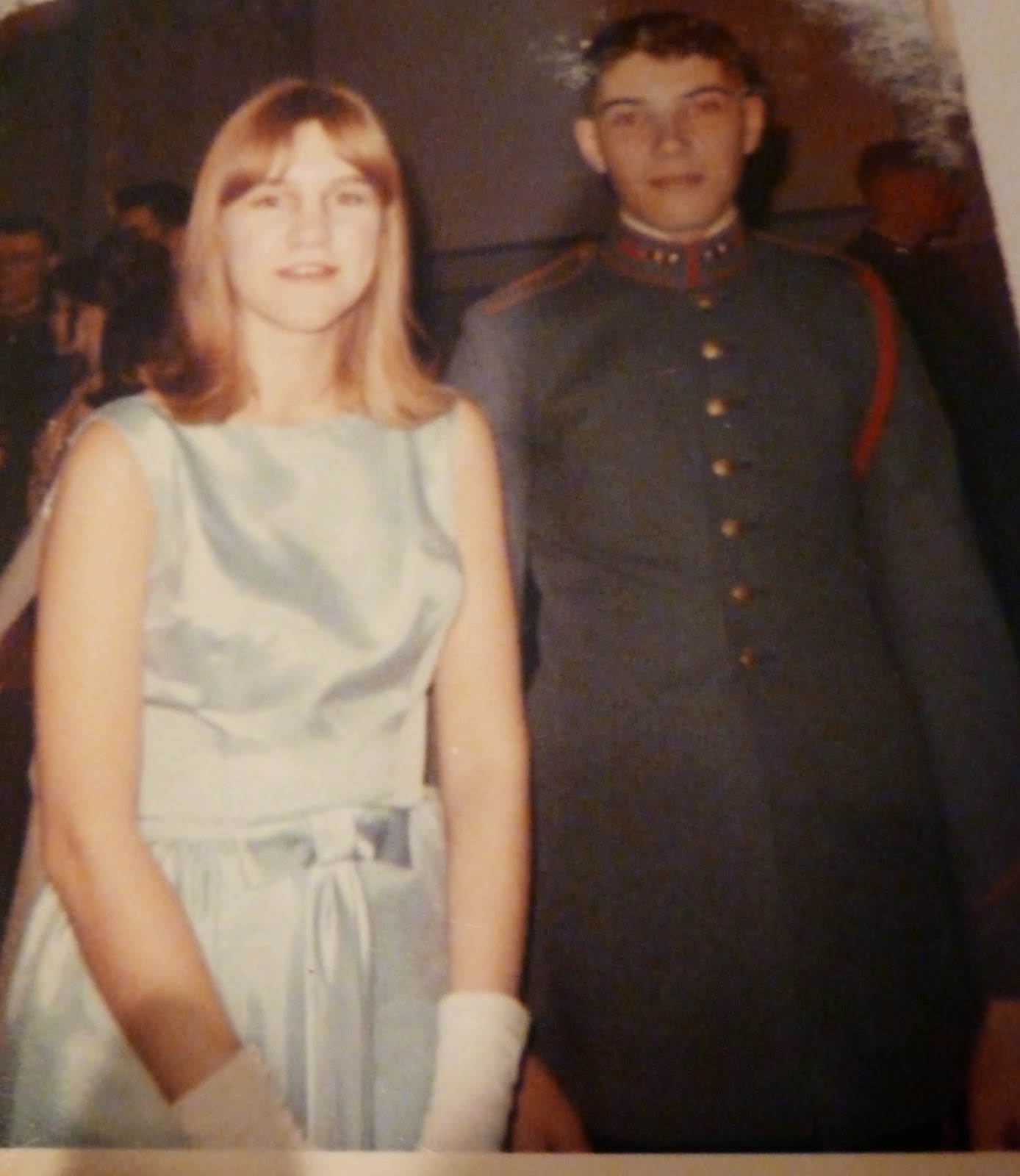 In Again in a Heartbeat, many of the feelings I wrote were still too raw – albeit I had waited 13 years after John’s death to write it. If I had to criticize my own memoir, it was that rawness and lack of understanding of myself that made the story fragmentary at times. Yet, because it was a memoir and going into greater depths of feeling simply was impossible at the time, I was tied down to the truth as honestly as I could perceive it. Does that make sense?

Memoir can be one-dimensional. You know the ending before you start. (I'm not talking about the journey of discovery  . . . one of memoir's great joys.) You cannot get into the minds of others . . . only your own.

Photographs: John at West Point wearing the hat featured on the cover of A Portrait of Love and Honor. He captioned this photograph: “Your toy soldier arrived,” in an album he created for me.  The album also included this photograph of me at a formal dance at Valley Forge Military Academy when I was 14 years old. John entitled this: “Ah young love – always one to fall for uniforms.”

How has your writing journey been altered or enhanced by taking someone’s memoir, diary or journals and casting that in a fictionalized story?  If you have had this experience – or even if not, and you simply want to weigh in here – I would love to feature your comments . . . or your essay as a guest blog. For more information about guest blogging for the Women’s Writing Circle, go to:  http://www.susanweidener.com/p/the-womens-writing-circle-welcomes-and.html

Email ThisBlogThis!Share to TwitterShare to FacebookShare to Pinterest
Labels: A Portrait of Love and Honor, Again in a Heartbeat, fiction, memoir, Morning at Wellington Square, novel, West Point