Welcome To West Point - A Portrait of Love and Honor 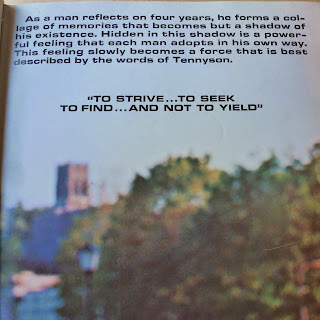 SINCE I had been old enough to read, I had a burning desire to enter West Point. I never toyed with the idea of any other career, except maybe for a passing flirtation with the priesthood when a priest in my church told me I had the “intelligence and seriousness” to serve God.

Hollywood movies made during and after World War II formed my perception of the Army. I thought West Point meant one’s background didn’t matter, rich or poor, white or black, Catholic or Protestant, WASP or Italian – all blended into one.

Didn’t every unit have an Italian, a Jew, a WASP, an Indian, a farm boy and a short-haired leader from West Point? This mythical assemblage always melded into a cohesive fighting unit with one mission in mind WIN FOR THE UNITED STATES, our country. Dying for one’s country meant the ultimate sacrifice and noblest of deaths.

To call me naïve was an understatement.

It took me two years and hundreds of letters, but I finally got an appointment from Senator Joseph Clark of Pennsylvania. At eighteen years old, I believed West Point was my ticket to the new world, my chance at greatness.

My first impression of the post was the total lack of shading in any of the colors. Everything was bright, clear and stark, no subtlety; a brilliant blue sky, slate gray buildings and lime green grass. Off in the distance, the Hudson River reflected the hot yellow July sun. I kept trying to sneak a look at the buildings. I loved to study architecture. I always felt as a kid growing up in Philadelphia that you could tell a lot about the buildings and the people in them if you studied the facades. West Point, I later realized, had very straight and rigid angles with little or no artistic flair in any of its facades. I soon learned that the men of West Point were reflected in their buildings.

In a welcoming letter, they said bring two bags or suitcases – no reasons given. An odd order I thought, but my father said the Army had a reason for everything, so I didn’t question. I obeyed when told to empty the contents of my bags. The contents were marked and tagged.

I wondered what I had gotten myself into; not that I felt regret or sorry for myself, just the realization that I had no control over my life anymore. It dawned on me why they had us empty our bags in the gym. My own luggage was being used as an instrument of torture. The upperclassman barking out orders taught me my first lesson in military discipline. Obey an order quickly and don’t ask questions. In combat there is no time for debate or for questions, just orders.

I also received my first language lesson that day. My three answers to any question were, “Yes, sir. No, sir. No excuse, sir.” This was the limit of vocal communication permitted with my new superiors. No room for head movement, feet shuffling, or heaven forbid, hand gestures. For a second generation Italian American, that was tantamount to cutting off my left testicle.


Later, I found out that the idea of the so-called Plebe or Fourth Class System was to break you down into nothing, to strip you of your dignity and your past achievements and to rebuild you in the image of the West Point cadet. Although I didn’t see it at the time, I was already starting to break down, and I would never again be able to make myself whole. ~ Jay's memoir, A Portrait of Love and Honor

Email ThisBlogThis!Share to TwitterShare to FacebookShare to Pinterest
Labels: A Portrait of Love and Honor, USMA at West Point