Breaking News! The Aniston/Jolie Saga Comes To a Close 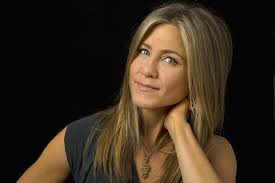 This is the silly season. The season of farce. From Donald Trump's outrageous antics to the unending 24/7 news cycle and cable television shows, all  clawing for our attention and limited free time, who has energy to read or focus on much of anything?


It's mind-boggling.  I remember I dedicated an entire evening for three straight weeks two years ago to watching Breaking Bad!

So in that spirit . . . I’m so happy Jennifer Aniston FINALLY got remarried . . . has escaped the quintessential girlfriend role, who even at 40 plus was still trying to figure out her relationships with boys. (Break Up with Vince Vaughn.)

More than that, has the Jolie/Aniston saga finally come to a close? If you believe the media - who loves to play up the competition and adversarial relationship between women - Jen was frozen in time, forever lamenting her one true love – Brad Pitt, a larger-than-life man stolen away by the wicked temptress. Such drama, such tragedy!

How draining and taxing that image of the perfect All-American girl must have been for Jen . . . streaked blond, shoulder-length tresses coiffed to perfection . . . size four figure perfectly poured into molded jeans. Forever the middle-aged "girlfriend" (never wife)  on the cover of every supermarket magazine and tabloid for the whole world to gawk.

A publicist's dream fueled by unending gossip and rumors and readers living vicariously!

For years we watched Jen running around with the latest "friend" – in oversized sunglasses and undersized bikini. Jen with yet another new rock star boyfriend . . . the seemingly endless parade of men, who eventually dumped the honey-haired "hottie" because she was "too needy," "too grief-stricken" over losing Brad, too . . . whatever.

While  we read accounts (even in the New York Times) of how the Jolie/Pitts traveled the world and made a difference, there was poor Jen, struggling to keep up a brave front, always smiling, wearing the same sophisticated black sheath, simple but elegant black watchband, understated jewelry, if any . . .
How long did Jen try and establish herself as more than the dull, uninspiring woman who could hardly compete with a feminist force like Angelina?  The Jolie/ Aniston arena consisted of two women vying in a never-ending catfight over a man – only, for Jen, it always ended with once again being treated as an airhead.

(Who can write a novel or memoir to compete with this?)


Even her attempt at serious moviemaking, sans make-up and scarred face – her role in Cake - captured our heartstrings and attention.  Jen earned grudging admiration – albeit derision from “important” critics who wondered how she could possibly play a drug-addicted, grieving mother in chronic pain since her own life was so dazzlingly financially successful and we all knew it was about the money, anyway, right? (Personally, my favorite actresses are Meryl Streep, Sandra Bullock, and Helen Mirren. But I digress.) I have to give Jen credit. She tried . . .

Maybe this is why Jennifer finally remarried; hopefully, she loves Justin Theroux, or maybe she felt that need to be called ‘wife’ again . . . to move beyond the girlfriend stage of pubescent love. Sooner or later it’s time to grow up – put the past behind us even when we’re  struggling to stay relevant. At least the Jolie/Pitt/Aniston saga seems to have finally ground to its inevitable end. Our Jen is happily married. She's all grown up. And that's good news for women.
Posted by Susan G. Weidener at 10:25 AM