Memories of Sept. 11 and Writing To Change the World 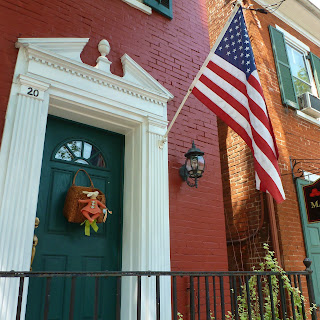 September 11 is a day of remembrance. It also marks my late husband’s birthday and the birthday of our son who was born on his father’s 40th birthday. My reflections on this day are many – the blessing of my son’s birth, the bittersweet and sweet memories of my husband’s life, shortened far too soon. My work as a reporter on Sept. 11, 2001.

On the anniversary of  those attacks, I think how writing is a transformative tool . . . as writers we ought to think about things that change the world for the better – women’s rights, empathy for those in poverty, offering hope to the hopeless.

It is the reason I became a reporter, filled with naïve idealism to report on the serious and meaningful and change the world in my own small way.

It was also the reason I started the Women's Writing Circle - probably the main reason. I hoped to offer women a forum to write the stories of their lives, to become activists for change, to make the world a better place through personal anecdotes, exploring what is right and wrong, become passionate advocates for what matters most as many heal from the wounds of the past and move forward.

The hope was to explore the who am I and what enriches us and our lives. To facilitate a safe and supportive place to make connections and to encourage idealism and inspiration. To change the world in a small way for the better. Some days I am feeling that this is a thankless job. Then I try not to be discouraged. I try and keep at this work.

I will never forget the day the planes struck the Twin Towers. I had walked into the newsroom of The Philadelphia Inquirer and there it was on television – on full horrific display on a brilliant sunny day, just like the one when Daniel had been born 14 years earlier.

On that Sept. 11, John had spent the morning undergoing chemotherapy. He had just returned from Bryn Mawr Hospital when I told him I was in labor and we had to turn around and go right back to the very same hospital – although, this time, for a joyous occasion. It was an easy labor. We got to the hospital around 1 p.m. Daniel was born at 4:12 p.m. He looked like a miniature version of John’s father, Mike.

Even on that day – especially that day – John was a hero. Exhausted and beat up from the chemo and the cancer, my husband never once complained. He just went home, passed around cigars and then went upstairs to the bedroom and fell into an exhausted sleep. He died seven years and almost one month to the day after Daniel was born – seven painful years . . .  much of it we spent in denial, although toward the last couple years, John wrote about the battle, about being a “true grunt” in the trenches . . . about how adversity makes us stronger . . . about the importance of honor.

As a single mother, I had plans to celebrate with Daniel and his older brother, Alex . . . order takeout pizza and Carvel ice cream cake on Sept. 11, 2001. That was quickly scraped so I could do man-on-the street interviews . . . stay as long as the newspaper needed me, which I did . . . funneling quotes and other information to the news desk in Philadelphia.

At least the boys had each other; they told me they weren't scared and not to worry. 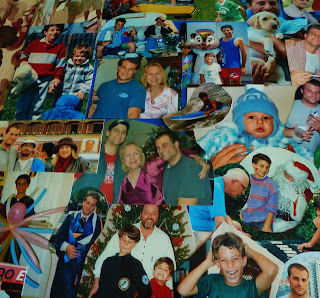 What do you ask people after something as horrifying as planes being driven into office towers . . . towers filled with pregnant women, sons and fathers, mothers and daughters? Excuse me, sir, can you tell me how you feel about what happened today? I remember the dazed looks, the numbness on the faces, juxtaposed with sidewalks in downtown West Chester, Pennsylvania where the first bright yellow leaves of autumn skittered aimlessly in the breeze.

None of us knows what awaits us next. Time is short.

In these times of turmoil and strife does our job as writers became more important than ever – to make a difference with an eye toward hope, love and change for a better world?

How about you?  What inspires you to write? Do you write with an eye toward change and making the world a better place in whatever small way you can?
Posted by Susan G. Weidener at 8:35 AM