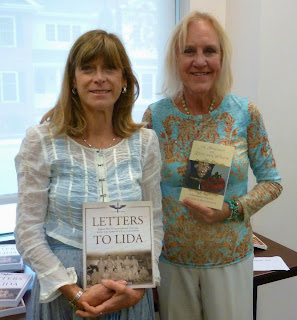 If you signed up for this job as a writer, you have to go back to the earliest stories. Stories of power, redemption, of hope and of grace. Sometimes the most important and potent stories are right in your own backyard, in the legacy of your family.

In my life, a memoir containing the psychic wounds my husband suffered at West Point sat for years gathering dust in a closet. Within those pages . . . the heart of a story. It would turn out to be a story with repercussions devastating to me personally . . . repercussions that continue – as a widow, and the mother of two sons who were 7 and 11 when their father died.

John M. Cavalieri entered the United States Military Academy at West Point “perfectly healthy”; upon graduation from the academy, he was a broken man, a physical wreck. It is why, as his widow, I receive VA benefits.

John was a good and loving husband and father, a man my younger son never knew. “I wish I had memories,” my son said.

As writers we are in the unique position not only to preserve, but share for future generations these stories of our veterans. My talk yesterday at the local library may have touched only a few – but one person's story can spread a message, and like ripples in a pond, gently lap onto the shores of another's heart and soul. 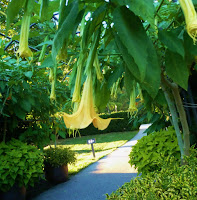 When I read John’s story, as told through the eyes of Jay Scioli in A Portrait of Love and Honor, I am doing so 23 years after John wrote it. It is emotional for me, but mostly it is a joy. His writing is being appreciated and heard; it is a triumph over death . . . his legacy remains imbued in the written word.

Has West Point officially responded to the book? No. Nor did I expect them to even after I hand-delivered copies. There is a culture of silence at the academy. That said, I am grateful for all the members of the Class of ’71 and others who served in the Long Gray Line who have added A Portrait of Love and Honor to their libraries and/or publicly endorsed it (or contacted me privately).

I had the great honor yesterday at the library to present with author, Charlene Briggs. We discovered a powerful and common message in our books. And as the women telling the stories of the men in our lives, there is emotional resonance.

Her book, Letters to Lida, is about her father’s experiences in World War II. The psychic toll on him continues. . . his memories of men dead or dying on the beaches of Iwo Jima, long held under the surface, erupted during Charlene's wedding, 50 years after the end of the war when he broke down, weeping, "please don't make me kill anymore" and had to be rushed to the hospital.

Stories of our veterans offer powerful messages for all of us.
Psychic wounds are scars on the soul. Who has not suffered them? Yet there is something about taking impressionable young men and women and putting them in the most terrifying situations that sets this apart from other trauma. When they sign up for service, they don’t realize it is a lifetime contract. At the age of 22 and 23, they are still impressionable.


"The psychic toll continues," Charlene said. "Seven decades later the nightmares are still there. Not one day has gone by since the war was over that his memories have not surfaced. Letters to Lida is a soldier’s journey through World War II. It demonstrates why war is never over and how the resonance of conflict takes up residence in the heart." 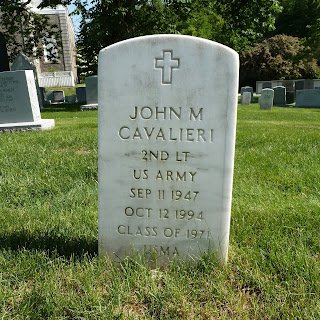 My late husband’s devastating encounters at the United States Military Academy are much like Charlene’s father’s – both young men came up against a cold and calculating system where tending the individual soul and spirit was inimical to the business of war.

The power of story touches us all . . . and it is truly important to preserve their stories while we can. As Charlene noted, her 94-year-old father is part of "The Greatest Generation" – a generation quickly vanishing. According to the Veterans Administration, 492 WWII veterans are dying each day.

The scars of Vietnam also remind us of the toll that incalculable pain exacts on impressionable young people. John was enlisted in the military during that war. Post Traumatic Stress Disorder, a mental health disorder triggered by a terrifying event, is too great to be estimated in terms of lost lives and how those lives impact ours. I have no doubt that if the diagnosis had been prevalent in John’s day, he would have been diagnosed as such.

If you have a diary, journals, letters to share, consider doing so. Stories offer hope and healing to those who desperately need it. When we share our stories  - yours and mine -  we realize that at the end of the day, we are not alone in our suffering and a common message offers light and hope.

I invite you to share your own thoughts about the power of stories, or the stories of family.
Posted by Susan G. Weidener at 9:13 AM