Does One Simplistic Marketing Message Hobble Your Book? 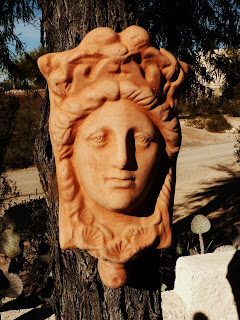 This past week I saw Room. The movie is based on the bestselling novel by Irish-Canadian author Emma Donoghue and has been nominated for best picture of the year. I had heard jokes about the nomination – the movie “no one saw.” While critical reviews gave the movie 5-stars, it had pulled in a meager amount at the box office.

Apparently, the problem has been in how to market the movie . . . coming up with a simplistic message for a complex story.

Which begs the question: Does marketing one or two simplistic messages hobble your book as a work of art? (Assuming, of course, you consider your book to be art . . . a unique creative expression.)

In the article the Marketing Quest to Turn Room Into a Populist Hit, the film’s distributors state:


“Even synopses became a problem. When people would talk about the film to their friends, the question is always: ‘What is that movie about?’ And as soon as you say, ‘Oh, it’s a woman who’s in captivity who’s had a child’ – like, everything else you say seems to not matter. They focus on that.”

“We tried to figure out, how do you shape the conversation? And how do you start to communicate that this is actually about a mother’s love, and that it’s about the child’s love for his mother as much as it’s about what’s happened to them?”

Isn’t this what often happens to authors? We’ve written a book with several compelling themes, yet we’re supposed to distill our marketing message to one or two pithy sentences, turns of phrase . . . in hopes of attracting readers to buy our books.

After I wrote my memoirs and my novel, attempting to come up with a simple marketing message was harder than writing the actual books!

﻿﻿
I often felt hobbled by trying to develop a concise 'one-liner.'

This was particularly true with my novel, A Portrait of Love and Honor, a novel based on a true story. All the marketing advice I read kept telling me to “find my audience” or “target your audience" . . . "be clear about your genre classification." 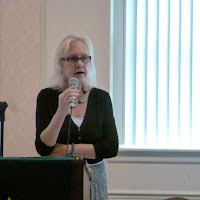 But what happens when your “audience” is somewhat indefinable . . . amorphous? When memoirs and stories appeal to both genders, different age groups, readers who enjoy a variety of genres.
﻿﻿﻿﻿﻿﻿﻿﻿
Apparently, a succinct message challenges even seasoned filmmakers.

I'm feeling that boxing in a serious book with a simplistic marketing message is the stuff of social media and the condescending notion that audiences can’t comprehend something more complex.

Maybe here's what we can do:


After I finished viewing Room, I continued to think about the story long after I left the theater. Numerous questions and issues are raised . . .what motherhood means, those who would shame a woman for having a child out of wedlock (even one held in captivity and raped), how to come to terms with the outside world.

Maybe that's the message . . . there isn't one, but many . . . a great story defies categorization and leaves it up to the reader - the moviegoer - to decide.
What experiences have you had in marketing your book or work-in-progress? Do you feel hobbled by the emphasis on coming up with just one or two sentences describing your work? If not, why not? Your thoughts and comments are most welcomed.
Posted by Susan G. Weidener at 9:10 AM