The 'Artist's Way': Reaching Out To the Public 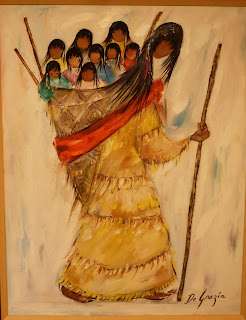 When I self-published my memoir Again in a Heartbeat, I did so for a couple reasons. As an unknown author who wasn’t a celebrity, writing a memoir without “mainstream” or sensationalized appeal would probably not attract an agent or a publishing company. This proved true when I floated the synopsis of my book to several publishing companies – notably one that featured women’s stories – and was turned down without even a request to see the manuscript.

I also enjoyed having complete creative control over my work.

Again in a Heartbeat – trade paperback or ebook – has gone on to sell or reach over 16,000 readers.

Fast forward five years since that book came out and I am fairly well known within certain memoir and writing circles. Through my own writing imprint – Writing Circle Press – I've published three books, two memoirs and a novel.

A writer can't depend on mainstream appeal or acceptance by the gatekeepers. Just like talking heads and pundits in the news media, gatekeepers pull out the "long knives" of criticism and deem themselves worthy of what is considered “art” and what isn’t, often with a subjective agenda. 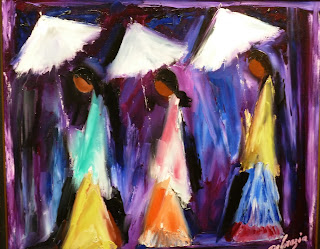 The artist follows her own journey, believes in her work and keeps working and writing. Achieving fame and fortune is not the artist’s way . . . reaching the public is no matter how accomplished.

That's why I love visiting DeGrazia Gallery in the Sun.

A mud adobe hut in the middle of the Sonoran Desert in Tucson, this gallery often attracts me during my winter writing retreats in Arizona.

For years, Ted DeGrazia struggled to earn a living. Although his work was featured in galleries in Mexico, the public generally ignored him, galleries here rejected him and art critics had little good to say about him.

Whether you like his work or not, DeGrazia's dedication to his craft is legendary. His routine began by going to the studio at 4 a.m. and finishing at 11 p.m. In the end, “success” came when Hallmark and UNICEF reproduced his work as Christmas and greeting cards.

DeGrazia built his gallery to show work that hadn't sold. It brims with ceramics and paintings whose subjects are as diverse as Yaki deer headdresses and rattles, Native American children dancing in a circle, the passion and crucifixion of Christ, cactus blooms and road runners. Before he died, DeGrazia made sure the museum would remain free and open to the public, his legacy for future generations to enjoy his artistic vision.

DeGrazia remembered well the criticism he received in those early days from people who thought his art wasn't any good. Individuals did not like how DeGrazia followed his own rules in regards to art. On one occasion, DeGrazia was sitting in Rosita's Mexican restaurant (located next to his gallery) and a man walked in and shouted to him from across the room. He said," Hey! You DeGrazia?!" DeGrazia did not reply, and kept talking with his friend. The man, who obviously did not like DeGrazia, strode over to DeGrazia's table and interrupted him. He said to DeGrazia, "You're that guy who thinks you can paint on whatever you want, right? No rules, you just do whatever you want!" 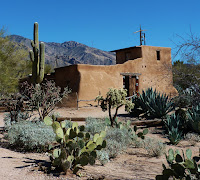 Risk-taking, breaking rules and challenging traditional stereotypes often produce hostility and outrage. The independent writer who believes in her work and has faith in her creative vision may identify with this.

As a writer, I am inspired by a gallery that showcases not just art, but the belief in ourselves; truly “a place in the sun.”

What are challenges you’ve encountered creating and publishing your work?  How do you hope to reach the public?
Posted by Susan G. Weidener at 11:31 AM