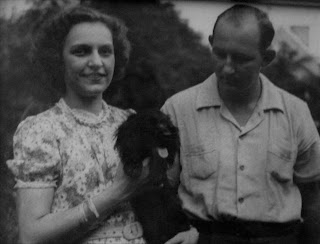 As memoir writers we have an unusual and difficult task – stepping beyond ourselves and attempting to recall with honesty and dispassion those immensely important relationships in our lives.

We’re challenged by time and the changing circumstances of our own lives. Our identity of who we were then and who we are now – all of it merging with our imagination – influences the memoir writer.

As Virginia Woolf writes in her memoir Moments of Being, “What I write today is not what I will write in a year’s time.”

After reading Freud, writing about her father, according to Moments of Being editor, Jeanne Schulkind, led Woolf  “to greater understanding and acceptance of her feelings. In frankly acknowledging the vehemence of her anger against him she is free to acknowledge the depth of her love and affection for him.”

Woolf, who belonged to a memoir writing group, said the members "expected total frankness, some originality, and certainly they expected to be amused." This, of course, influenced her own writing, including her fiction. We can never forget our readers.

So how do we write with clarity about those immensely important relationships? One way, I believe is with attention to recall and detail. Scenes and events that might appear to be random form the hidden pattern or pieces of the relationship.


As a man who grew up in a household run by two women who adored him – his mother and a maiden aunt – my father, an only child, was spoiled and used to doing what he wanted. His great love was teaching. He would walk into a classroom, teach Homer in Latin or discuss Hamlet in his English classes and shut out the real world. One of his former students who took Latin with Dad recently told me how students made fun of him and threw spitballs at his back, while Dad remained totally oblivious and kept writing on the blackboard.

His large ears earned him the nickname “wings” by his students, and a name which he accepted with amused and gracious tolerance since he rarely, if ever, concerned himself with what others thought of him. He preferred to immerse himself in the pages of a good book – his favorite novel being Moby Dick. Dad loved New England, its culture, its history and its writers. He wore a silver ring with blue star sapphire on his little finger and favored the tweed suitcoats and vests of an English gent.

I remember him bragging to his friends about my letters home after a summer away at camp in the White Mountains of New Hampshire. “Susie’s letters are so entertaining!” Dad admired my writing, he said, for my caustic wit and a somewhat mature ability for a thirteen-year-old girl to stand back and observe others and their quirks. His validation offered a path to believing I could write for a living. Unlike having a son, a more "serious" relationship, having a daughter was fun for my father.

Another way we can write with clarity about immensely important relationships is through setting.

The house I grew up in from the age of ten to nineteen was a prosaic split level built for us by Valley Forge Military Academy in Wayne, Pennsylvania. The lower level held a musty, damp smell from year-round moisture and humidity. Dad’s study was on the lower level. He had the academy build special floor-to-ceiling bookshelves on two walls. It was there my father kept a first edition of Catcher in the Rye, the collected short stories of the great American writers, encyclopedias and antique books with colorful leather and gilt-embossed covers, the Book of Common Prayer and a bible, among many other books. His large ugly mahogany desk where he wrote his sermons on lined yellow notepads faced a window with a view of a lone dogwood tree. Preaching to cadets in the academy chapel on occasional Sundays was a requirement of his position as dean of the academy. It was his only original writing. 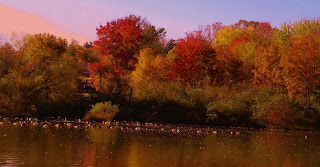 Even now as I write about my father there is much I wished I had asked him about his boyhood and didn’t. With no surviving relatives those pieces are lost forever.

Top photo: My father and mother Andrew and Gertrude Weidener during their first year of marriage with their black cocker spaniel.

How about you? Can you share tips on how you write about those immensely important relationships in your life and in your memoir?
Posted by Susan G. Weidener at 8:08 AM

Email ThisBlogThis!Share to TwitterShare to FacebookShare to Pinterest
Labels: memoir, Moments of Being, my father, Virginia Woolf, writing techniques