When Death Is a Pathway to Writing 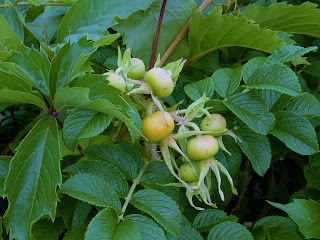 When I first started writing memoir, truth be told I didn’t think anything as “ordinary” as my story of love and loss would matter. Six years later, I feel that writing what I endured during and after my husband’s death helped heal me and perhaps gave others the possibility of believing that their stories mattered too.

Death is a pathway to healing. I heard that at a religious retreat at St. Mary’s of Providence retreat center in Elverson a couple weeks ago.

Located amid rolling hillsides and farm country about forty-five miles west of Philadelphia, the center features a mansion house built by the descendant of an iron magnate. 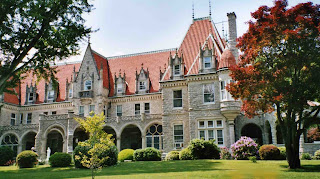 The Daughters of St. Mary manage the center which includes a chapel, walking paths, dining hall, and retreat rooms. It was here I attended my first faith healing. A friend invited me and I felt it discourteous to refuse. Although I wanted to believe, the cynic in me often wins out and I heard a voice whisper . . . "This is like a cult."

About ten of us went to a healing service. The healer, an ex-Marine from the British Royal Navy, he almost died from his wounds and had become a priest in mid-life after his own miraculous recovery. He spoke about believing in Christ, in the Risen Lord who has done the suffering for us. “You can’t nail yourself to the cross. It’s impossible,” he said putting out his arms and showing how no one can use his hands to nail himself.

The trick, he said, is not to let others nail you to the cross, or let your emotions do the work for you. “Be gentle with yourself,” he said, have fun. He then went around the room and each person was asked what they wanted him to heal. The majority of the requests had to deal with healing “anxiety.” He wore a large silver and turquoise crucifix around his neck. He told us he had been born in 1954, which made him 62 years old.

I had an upper molar extracted two months before and the gaping cavity left in my gum had been slow in healing, including a passageway into my sinus which caused pain, I told him. This pain was exacerbated by the anxiety of being a woman living alone. He put some oily balm on his fingertips, rubbed it on my forehead and then held his right hand to the left side of my face where the pain resided. I could feel his hand quivering. Although the room was air-conditioned, I noticed the sweat that soaked through his shirt; under his armpits, on his back. A woman priest attending the retreat told me over lunch earlier that day that the exertion of healing had taken a tremendous toll on him; he had many ailments which she said had been brought upon “by the devil” who does everything in his power to stop the healer.

Interestingly, the pain totally subsided two days after the faith healer laid his palm on my cheek.

It makes me realize that the pathway isn’t always clear. Surprises and revelations appear along the way, hidden by brambles, thorns; the overgrowth that is grief, bitterness and cynicism.

It took thirteen years after my husband’s death for at least some TRUE measure of healing to begin . . . to trek forward through the tangle of weeds; of angst and pain. It happened gradually; the sunlight after winter’s first snowfall; the blank page waiting, where through words I could find “refuge”; a way to begin making sense of the question: Why was a good man, the father of two young sons, stricken with an incurable cancer at the age of thirty-nine? 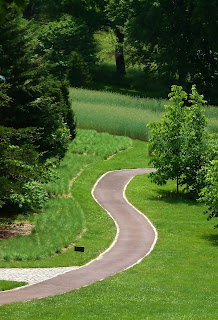 ****
I wish I could say that I have mastered the fine art of prayer – although, I suppose, writing is my prayer on the page; thought-centered but also the emotional, the feeling core of my heart. Writing represents the need for self-expression, the cry in the “wilderness.”

I have spent much of my life flirting with Christianity; the transformative message that love and resurrection alleviates – or at least makes sense of life’s suffering and answers our prayer for meaning – compels. It’s a good flirtation, one that as I age I hope develops into a deeper love affair. Pursuing the spiritual is always a productive use of time for the writer.

It’s hot, humid today and the day lilies are most gone now; their thin, reed-like brown stalks reaching up like dead fingers toward an ash-gray, August sky.

As the seasons turn and as in winter when life is frozen, so it sprouts again in the spring . . . the first yellow and purple crocuses pushing up through fall’s dry, brown leaves.

How about you? Can you share how death was a pathway to your writing or healing?
Posted by Susan G. Weidener at 8:57 AM