The road is yours and mine. It leads east and west, north and south and if we wish to take it, we learn from it. If you are a writer and writing is your calling, your “partner” in life, as it is in mine, it leads to yet another experience, another adventure, another destination. 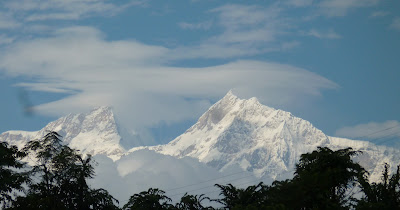 Travel “prompts” that “one true sentence." It prompts that observation, conversation, experience that connects us.

How do we reconcile that some have so much and some so little? Perhaps like Buddha we chalk it up to all life is suffering caused by three evils: ignorance, anger and greed. As a writer I want to pursue this; as writers it is our job to offer our readers “the heart of darkness” and search for meaning and redemption in the light.

As a writer traveling the world, especially now in this time and this place, it is healthy to stand back and look at the larger picture, get out of the little bubble in which most of us live and see how “the other half” lives. There but for the grace of God go I. 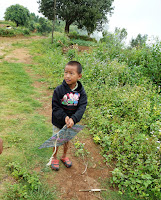 As I travel throughout Nepal I soak up the vivid colors, the temples and monasteries tucked away behind fog-filled hillsides and meadows. I watch the clouds part to reveal the iridescent snow-capped Himalayas soaring five miles high while below in a village I swelter in 95 degree heat and humidity. There’s a good reason Nepal was never colonized. It was just too tough a terrain and the weather too harsh.

Contrasts abound. Yet one constant is poverty, abject poverty.

In Nepal the tin roofs of makeshift hovels are held down by rocks and nonexistent sewage systems are the norm for millions of people. This trip is an experience, I think. Despite the heat, the humidity, the rebellion of my intestinal tract, too soon I will be back in the boring, bland routine of my life in the suburbs. So I pay attention.

High blood pressure in Nepal is epidemic our tour guide informs us. Poverty and joblessness does that to people. I see them sitting on old crates and cinder blocks, young men and old alike, watching the unending line of cars and trucks crawl by on our pot-filled bumpy road as our little tour group of six travels to Chitwan National Park. It takes us seven hours to go 150 miles. 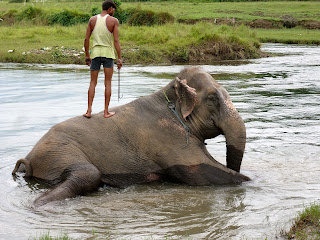 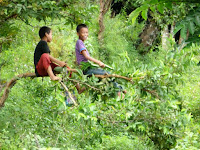 In Chitwan, a huge block of alluvial grasslands and subtropical forests, we watch elephants being bathed in early morning sunlight and crocodiles napping on river banks.

We had left Kathmandu where traffic congestion makes driving through Manhattan seem like a country romp and the unending cacophony of car horns assaults the senses. Traffic lights haven’t been replaced, testament to the devastating earthquake two years ago that almost destroyed the county’s lifeline: tourism. “It’s very slowly coming back . . . very slowly,” our guide, a young and intelligent Nepalese man who speaks very good English, informs us.

This is reality, not virtual reality. Hardly anyone is texting. I don’t see kids with cell phones glued to their ears. One little boy we meet in Bandipur, a hilltop settlement, prepares for a kite flying festival with a kite cobbled together out of used candy wrappers. Two little boys play in trees, rocking up and down on their leafy branches. I wonder where their imaginations take them. 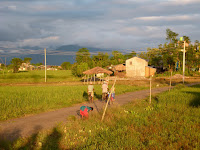 For those trapped without an education or prospects, life is beyond one’s control, acceptance is survival. The people are so lovely, so kind, I think, not nasty like some in other places I’ve traveled. Instead, they are grateful and trusting. There’s a sense of mindfulness – of living in the moment – that pervades Nepal. I want to bottle all of this and take it home with me.

How about you? Do you have a travel experience that prompted new writing?