Marking Milestones and Memories Through Memoir

Growing up, growing old . . . death; these memories and milestones cultivate story for the writer. Elaine Eggermann Allen shares hers as she writes about her father's decline and the death of beloved pets as our About the Author Series for The Life Unexpected continues. 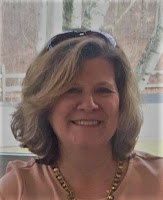 I can’t remember a time when I didn’t read. According to my parents, I started reading when I was four; not surprising as I was surrounded by a family who read while watching TV, on the beach, in the car, eating dinner, even in the bathroom. But writing didn’t take root until college when I was required to interpret what I had read. Much to my delight, I discovered a wealth of ideas and words readily available from all those years of reading.

Filling the writing void after graduating was Women Reading Aloud, a supportive group of women who read and listened to each other's written words, commenting on only the positive. It was a wonderful way to learn what you were doing wrong through the omission of critique. This was followed by the Women's Writing Circle where encouragement to be genuine and fearless in the words put to paper offered me the opportunity to participate in The Life Unexpected.

An unyielding search for joy and the many surprising sources of gratitude are the underlying correlation between “The Disappearance of Pete,” and my prose poem, “Awakened,” which are included in the anthology.

Raised in a household dealing with depression makes you wary of everyone and everything. You never know when a happy moment can turn into a nightmare. Moments of joy become buried and blurred under fear of doing something that will set things off.

"The Disappearance of Pete" could not have been written at a different time in my life, or my father’s.

I was well into my twenties before I understood what it took for my father to raise four kids while struggling with his demons; in my thirties before we spoke about it, and in my forties before he understood the effect his anger had on us. He was well into his sixties before anger wasn't his first response to anything out-of-the-ordinary; his seventies before he realized he was getting older and could no longer do the things he had always done; his eighties when his real strength shone through as he dealt with cancer and the death of my mom, his rock; his nineties before he had to stop working and dementia started to take his mind.

In my neighborhood, I am known as the ‘dog lady.’ When my husband and I moved to Pennsylvania with three dogs, we installed an electric fence, trained the dogs, and played with them in the yard to give them exercise and us the joy of watching their antics. Then we realized our huskey was more interested in chasing squirrels and foxes through the fence than the pain she experienced doing it; our Labrador retriever learned to start running about halfway through the yard and then jumped over the fence, feeling nothing at all! After many drives around the neighborhood (and a neighbor putting up a physical fence to keep our lab out), I started walking the dogs. 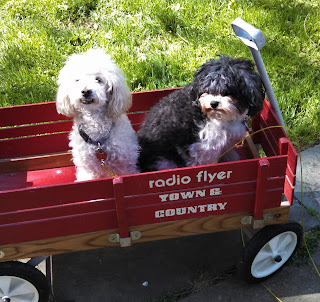 We said goodbye to our huskey, Penny, at 13, due to the effects of dementia; our lab, Mojo, at 12 due to the effects of seizures; our toy poodle, at 12, from heart failure, and our beagle, Molly, at 13, from intestinal issues. Our current four-legged children are 13 and five year-old miniature poodles, Beau and Checkers, and an eight-year-old havenese, Honey. Four of our dogs have been rescues - such a misnomer - the humans are rescued at least as much as the dogs.

Whether human or animal, living beings go through stages. If we are lucky, we find and mark the joy at each of those stages. Watching my father, always a physically strong man, fail physically and mentally has been horrible. Watching our dogs age and fail has been equally challenging. But the realization of the wonderful tiny moments, the ones we can miss if we are not paying attention, the utter joy in the mundane events of our everyday lives, are gifts that can be unwrapped, over and over again, until our minds age and fail and memories fade.

How about you? Have you marked your memories and milestones through memoir and can you share what that felt like?

Elaine Eggermann Allen is a freelance writer and poet. Although an avid reader, Elaine contemplated writing only after a college professor suggested she pursue it as a career. Stephen R. Donaldson, Geraldine Brooks, Arthur C. Clarke, Frank Herbert, Walter M. Miller, Walter Wangerin, Jr., Nora Roberts and Ann Patchett are among the authors whose words paint the vivid pictures, irony, and wonder that inspire her. As is true with many late bloomers, Elaine started college in her 30s, graduated and found love in her 40s, and realized life-long learning is a worthy goal in her 50s. She is a member of the Women’s Writing Circle and Women Reading Aloud. The pieces found in The Life Unexpected will be her first published writing.
Posted by Susan G. Weidener at 7:27 AM