Dreamland: A Modern Tale of Pain and Addiction 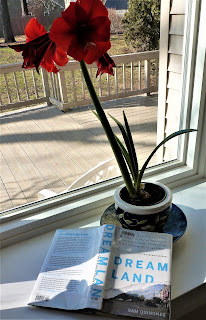 Sometimes a book comes along that is more than just a good read. It’s a revelatory experience about the times in which we live. Dreamland: The True Tale of America’s Opiate Epidemic by journalist and author Sam Quinones is one of those books. It’s timely because it’s about pain: joblessness, hopelessness, physical pain, mental anguish.

As writers, we chronicle pain in our memoirs and novels, our poetry, our journals. At writing workshops and conferences, pain is the universal fuel that ignites the writer’s journey, her quest to make meaning of her life and those around her.

Talk of addiction and losing loved ones permeates writing groups. Memoirs chronicling the loss of a son or daughter from addiction abound.

In Dreamland, the reader enters a riveting story of pain, corruption, denial and death. It's also a story of the human condition, the struggle to survive, told in true journalistic narrative style.

Pain pervades the town of Portsmouth, Ohio which is where the book opens―and where it ends. Gone are the days when folks were employed at the factories along the Ohio River; abandoned buildings dot the landscape like tombstones, reminders of a time and a way of life gone forever.

Dreamland was a private swimming pool, the size of a football field, where kids and families in Portsmouth listened to transistor radios, sunned themselves, picnicked, played softball and football on playgrounds. Now, a paved over parking lot, the demise of Dreamland serves as metaphor to the 2016 presidential election as desperate voters rallied behind radical candidates who promised to turn it all around, bring back a way of life that offered promise and purpose. 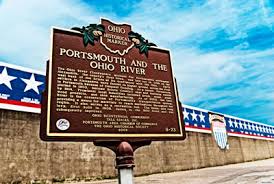 The heroin epidemic was fueled by OxyContin, time-released oxycodone, a derivative of morphine. Purdue Pharma marketed the drug to doctors as a pain panacea ... and wasn't addictive. This corporate criminality, coupled with unscrupulous doctors, along with a surge in prescription drug use, turned much of Ohio and the Rust Belt into a wasteland of junkies; eventually, deaths from opiate and heroin drug overdoses surpassed auto fatalities.


When the pills ran out, addicts resorted to black tar heroin to get their high, shoplifting from Walmart or using the Medicaid system to pay for their habit; delivered "pizza style" by the Mexicans who drove around town with balloons filled with heroin stuffed in their mouths.

********
Pain is everywhere. I remember when my husband was dying of cancer. The morphine saw him through his final days, so it does have its uses.

I have friends and family who knew those who died from overdoses. In one case, a young father was found dead in his living room chair. In my home, Chester County, Pennsylvania, an affluent Philadelphia suburb, opiates, I am told, can be purchased at the local high school.

Young and old, privileged and poor, wounded soldiers returned from Afghanistan, the sons and daughters of cops and preachers, addiction respects no demographic. 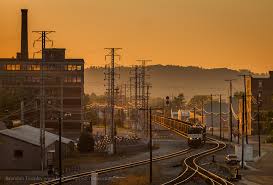 I was talking to a close friend recently about the book and he said he thought people who become addicted to drugs are weak. He’s entitled to his opinion, but I don’t happen to agree. Dreamland lets us into the lives of the high school football hero from Ohio ... the kid of Russian descent in the Pacific Northwest who died of overdoses; the young woman who snorted OxyContin and was dead a full hour before anyone noticed. They were victims of a time and place spinning out of control.

The book ends with Portsmouth helping recovering addicts through programs and safe houses, parents who had lost children to the opiate epidemic becoming activists, and the citizenry rallying around saving a shoelace factory.

Writes Quinones: "So the battered old town had hung on. It was somehow, a beacon embracing shivering and hollow-eyes junkies, letting them know that all was not lost. That at the bottom of the rubble was a place just like them, kicked and buried but surviving. A place that had, like them, shredded and lost so much that was precious but was nurturing it again. Though they were adrift, they, too, could begin to find their way back. Back to that place called Dreamland."


As writers, we hone our craft by reading great books. We search for our voice, for that story no one can tell but us in hopes of creating awareness of the human condition. As a journalist, I realize what went into writing Dreamland; the interviews, the research, pulling it all together into a coherent and riveting narrative. Dreamland opens us to a world many of us would rather not face, but at the same time teaches us to learn and, hopefully, move forward.

How about you? Is there a book you can recommend that is especially relevant in these troubled times?