The Writer As Activist and Hero in Turbulent Times 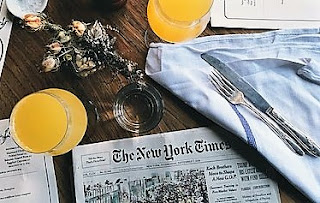 Once a journalist always a journalist. Those of us who have reported on the front lines―whether in our communities or in distant lands―know that reporting got into our blood early on. It’s a lifelong love affair, we couldn't wait to get up in the morning and read the headlines.

Journalists work hard to offer the public a cogent, hopefully, objective story that makes a difference.

We’re influencers and we don’t take that lightly. Which is why the current assault on a free press by a president who likens it to “an enemy of the people” is particularly disturbing and should frighten all of us.

Newspapers still offer the best vehicle to explore the critical narratives of corruption, greed, and injustice. Honest readers demand and expect this from the news media and the best of the best, in my opinion, provide this in abundance.

As I wrote in my memoir Again in a Heartbeat, I became a journalist because of the Watergate hearings and two reporters named Woodward and Bernstein. I had always wanted to write, had a novel simmering on the backburner, but journalism seemed a way to write and get paid. 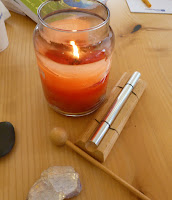 I landed my first journalism gig at a daily newspaper called Today’s Post in King of Prussia, Pennsylvania; from there I went on to become a staff writer at the Suburban and Wayne Times, and then the Main Line Times, two local weekly newspapers ... and from there to The Philadelphia Inquirer where I learned the true power of journalism; to immediately reach an audience numbering in the thousands on any given day.

I always credit journalism for teaching me the economy of words, getting right to the heart of a story, grabbing the reader early on.

After I left The Philadelphia Inquirer, I entered a creative writing phase, but the activist in me never died, as evidenced in my books and empowering women through the Women's Writing Circle. I tackled controversial topics including the terrible impact cancer has on love and marriage; narcissistic and emotionally dysfunctional men; abortion and a woman’s right to choose.

As writers, we are called on―now more than ever―to find our voice for a better world. Preaching is off-putting, so, instead, we enter into a conversation with our readers. Writers can change the world, offering our point of view, who we stand with and why; even our definitions of right and wrong.

We proffer this through prose and poetry; through our healing stories.
There are numerous avenues we can take as writers to help change the world. They include: attending writing workshops, meeting with other writers and brainstorming ideas; developing empathy for others; learning good interviewing skills and techniques; visualizing our audience.

I recently wrote about my trip to Nepal and included my point of view about the Nepalese way of life, void of our Western emphasis on greed and acquisition of material possessions. I did this through a PowerPoint, presented both to my church and a civic group. So many possibilities!

Writing is a great act of courage. We can be heroes and activists.


There are many ways to take up the gauntlet for change as writers. Which ones are yours?

Correction: An earlier version of this post talked about publishing op-eds and other pieces through Writers Resist. The correct name is Write Our Democracy.
Posted by Susan G. Weidener at 9:25 AM