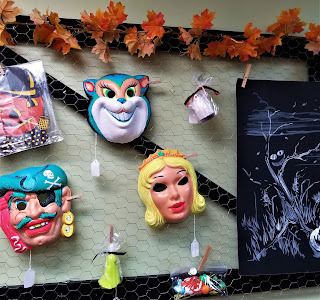 How different my life would be if I’d been into that guy from Lancaster County. He really liked me, he wanted a wife, he gave me a tour of his house, including his collection of electric guitars …. And then he told me he liked Sarah Palin. He wore Old Spice.

In a series of reflective memoir essays about the woman alone I’ve been writing (and sharing on this blog), people tell me they want a chapter about being single and dating again.

I consider myself somewhat an expert having listened to women and their stories now for over two decades. And I’ve had a lot of experience myself. In my memoirs, Again in a Heartbeat, and Morning at Wellington Square, I wrote about dating again after being widowed ... but I was a lot younger then. I will say this … dating at fifty-three, or sixty-three … it's not like dating in your twenties or thirties or even your forties. You’re not young anymore.

As writers, we recognize a journey that might be the stuff of a stand-up routine. It’s so painful, we have to laugh, if we can … the subject of Saturday’s memoir workshop I’m teaching here at my home. How do we write about difficult subjects?

Diving deep is not for the faint of heart. Nor is analyzing the events that led to an outcome in our lives we never anticipated. The divorce, the death, the broken childhood, sometimes leads to a mad scramble to immediately “right the ship.” If you find yourself unexpectedly single again, it can feel like wearing mismatched shoes and hoping no one notices that you're hobbling around the room.

I consider Internet dating the embodiment of  “if you keep doing it and expect a different result, that’s the definition of insanity.” Sadly, I admit I recently tried it again, signed up for a dating website and within a few hours about a dozen guys contacted me … a guy from California, no less. Makes it tough to meet for coffee. 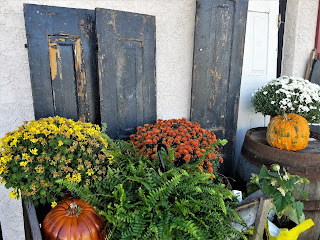 I will say this. I’ve known older women who swear by the Internet. A woman in her early seventies insists that when she met this man on Match a couple years back, it “was just like Kismet.” She married him. I’ve heard her use the "Kismet" analogy several times. “What a great story!” people enthuse. Now before she goes to bed at night, she eats half a dozen chocolate chip cookies and drinks two ice cold glasses of milk she takes out of the freezer. A new twist on happily-ever-after.

I recently heard a Jerry Seinfeld comedy routine. I don't know about you, but I love Seinfeld. He takes the ordinary life and makes it personal, real, hilarious, brings us back to the child within each of us. He says women want flowers. Flowers go a long way. I agree with him. I was in a relationship with this guy for a while and he brought me a small wood carved ghost because he knew I liked Halloween. Who does that when they want to romance a woman? Brings a ghost, but thinks the roses aren’t important?

I do understand that mismatched-shoes-feeling … sometimes, there was a sense that others viewed the single woman with suspicion, even a threat. Early on, the invitations to the couples’ parties stopped. Many women have told me this. Surviving this turn of events after being part of a couple for seventeen years came―at least for me―from hours, days, months, years alone growing up with two parents who had little interest in bringing the outside world into our home. Without a contemplative mind, we fail to see the larger picture.

For Dad, an exciting night was reading Thackeray, drinking a dry gin martini and falling asleep in front of the television. I will always be grateful to my parents for their off-handed parenting and appreciation of the finer things in life. Self-sufficiency and learning to enjoy your own company is a great gift.

Writing is an elixir … a purifying of the spirit, the body and the mind. Putting the events, the moments down on paper―what led to the wreck―the lost expectations, the disastrous relationship, the desperation? Writing is the surest way of diving deep and unlocking the treasure. 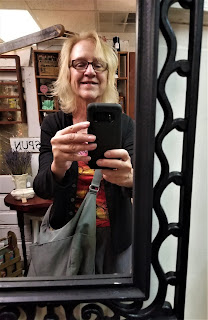 One of my favorite writing prompts has to do with objectivity and distance. The prompt goes like this: Who was I to my mother? … Who was my mother to me? Writing from two diametrically opposed perspectives like that forces the writer to confront the “other” head on. Another way is to write in second or third person, unless the ‘I’ narrative is a fictionalized account, a “super eye in the sky,” so to speak.

Getting back to the guy from Lancaster County; What could she do when she WISHED she could settle for Sarah Palin and Old Spice? Take a road trip. Get a dog. Take a selfie of the person she loved the most.

How about you? What techniques do you use when writing the difficult subjects?