Is My Life Too Boring To Write? ... and Other Questions 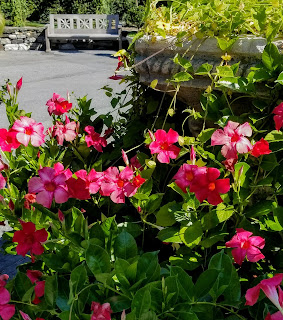 She felt memoir was a bit “restrictive.” She didn’t want to be confined to reality, she said, at least not in her writing, because throughout much of her childhood, she struggled with boredom. So, she wanted to write fiction now because it lent drama and imagination to her work; a platform to write “dynamic” stories.

I understand her feelings. I have written both memoir and fiction. I enjoy the freedom of fiction, of not being tied to things, specifically, not making things up.

Does that mean memoir lacks imagination and drama? Or, maybe, more to the point, is my life too boring to write?

Believe me, I have asked this of myself many times. I think of all the women who have written the stories of their lives … their “boring” and “ordinary” lives, including Abigail Thomas and May Sarton.

I have heard writers attempting memoir in our Women's Writing Circle read arounds and critiques. The craftsmanship might not have been there, the telling of it perhaps drawn out, but how fortunate I am that I have been privy to their readings, their “moments of being.”

Still the question haunts many a memoir writer, whether first previewing a work in a writing group or considering publication. Is my own life too boring to write? There’s this pessimism that our lives aren’t interesting, or, at least, unique. (No, I am not Kim Kardashian.)

Have my “dramas” and crises been experienced by many and, therefore, do they enter the realm of the mundane? And, as much to the point, assuming that the fear of the mundane, the trite, is overcome, do I have the talent as a writer to bring my life to the page and offer up a good―even a great read for publication?

I think of what Salman Rushdie said recently on an NPR interview when asked if “anyone can be a writer?” Rushdie, a novelist and essayist, responded that while anyone can learn “the craft” of writing, not everyone is a writer. This is a hard truth for many to swallow. The writer, he said, instinctively pays attention to detail, knows how to really listen to others, and drinks up all the sensory and real and intuitive … this cannot be taught. I agree with him.

Back to memoir. Are we constrained by a lack of imagination and chained to “reality?” … to “accuracy”? While it’s true there must be a dedication to the truth in the genre, we are given free rein to recreate from memory a time, a place, an event and a moment. In this way it becomes a creative expression, one brimming with imagination by the very nature that it lies in the past.

As this article in Frontiers in Psychology notes: “Reflecting on past events and reflecting on future events are two fundamentally different processes, each traveling in the opposite direction of the other through conceptual time. But what we can imagine seems to be constrained by what we have previously experienced, suggesting a close link between memory and prospection. Recent theories suggest that recalling the past lies at the core of imagining and planning for the future.”

Therein, perhaps, lies the healing power of memoir; as we remember the past, we are led on to imagining and planning for the future. This is an act of self-discovery, of unearthing hidden treasure. 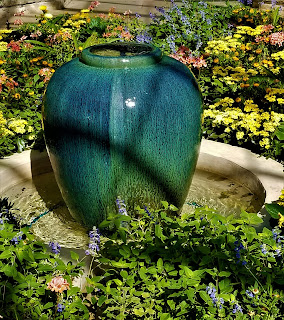 ***
A point to consider: While men have always explored action in their narratives … the country music star singing “on the road again,” or whatever other manly pursuits he’s been up to … women often have been relegated to the inner monologue, the inner life, so to speak. And how beautiful the writing is both in memoir and fiction! If this lacks drama, lead me on.

In the final analysis, just write it ...
however you want to write it. Journal it, write it for your eyes only, publish as fiction or memoir, if you must. But write it.

How about you? Have you felt your life is too boring to write?