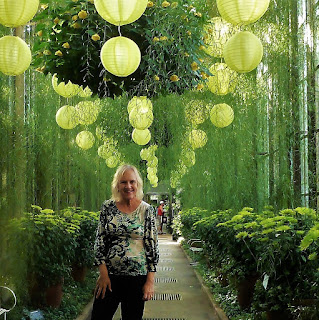 It’s been over five decades since a boy named Ed sexually harassed and bullied me on the school bus and in the hallways of our junior high.

Girls of my generation remained silent and it wasn’t until I got to college that I started standing up for myself. Still, it was a long road to believing in Susan and liking who she was. Truth be told, self-esteem is the elixir. Even then, after the 'Eds' and the bullies and the sexual predators of the world, it takes hard work. I know. I experienced this, as have most women. It took years―nothing short of a lifetime―to become the confident woman I am in this photograph.

***
Dear Ed, I haven’t forgotten your name or your face; a beaklike nose, black eyebrows in a single straight line. You chose me, the girl you would bully and sexually harass for months on end; the unwanted comments and attention meant to intimidate. You enjoyed having power over me. I didn’t understand. No one talked about this stuff. I was ashamed, embarrassed and scared.

You weren’t the first who thought he could do whatever he wanted just because I was female.

In seventh grade, walking home from school along the leafy sidewalks of sedate Wayne, Pennsylvania on a warm fall day, I saw your car slow down. You rolled down your window: “Hey, little girl. I need directions. Come closer.”  I imagine I wore saddle shoes, a brown and green plaid jumper, my pale blond hair pulled back in a barrette. I still slept with a teddy bear. “Go up this street and make a right ….” I looked at you … a movement caught my eye …your hand moving in your lap. You had unzipped your pants and were playing with yourself. A strange smile came over your face as our eyes met. I said I had to go. Your car slowly moved away, into the recesses of a vivid lifetime memory.

When I got home, I told my mother and she told my father. My father called the police. That night a kindly-looking detective wearing a white shirt and tie, (his badge was tucked in his suit coat pocket) came to our house. He asked if I would go to the police station after school the next day and look at mug shots. You were there, of course; I wasn’t the first girl. You were married with two young children; my positive identification sentenced you to parole after psychiatric counseling.

Sometimes you got your kicks muttering mean comments under your breath as we passed in the hallways between classes … snickering, pointing me out. You were in my Algebra I class and sat in the row next to mine. Once I took a tissue out of my purse to dab my face … I had oily skin. Apparently, you were watching. This started a whole new round of torture, you making fun of me, dabbing your face with a tissue whenever you saw me. 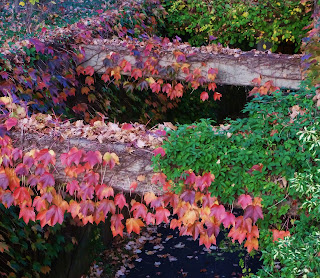 I told my father. Dad began driving me to school in the morning. I’m grateful to my parents for many things, not the least that they always listened and advocated for their daughter.

When I was in my twenties, I experienced a hostile workplace. It was another form of bullying, of sexual harassment. A man determined your career. If you didn’t “fit” his idea of a compliant woman, forget it. I challenged the notion of passing students just to “get them through the system” which threatened you, the vice principal. You literally went ballistic. I had attended an Ivy League college and you hadn’t. “You probably think you’re better than me,” you shouted as the two of us sat in your private office and you leaned forward, glaring. My contract wasn't renewed. You saw to that. After you, I never felt the same about teaching in public schools.

Now as I read about all the women identifying their abusers, I understand the power of voice, of energy in numbers. It also takes the support of family and friends, of a loving husband who championed me. I was one of the lucky ones although the damage had been done and the effects continued for years ... the lack of trust in men, the feelings of objectification, the anger and shame.

I had very few female role models in those early days. Women stayed silent or sided with men when we did speak out. So, I hope this is the powerful “sea change”, as the media likes to call it, that we’re seeing now. I know where the women are coming from and I feel your outrage, the sense of violation. I'm with you.
Posted by Susan G. Weidener at 8:58 AM