On Writing a Memoir: Brave or Brazen? 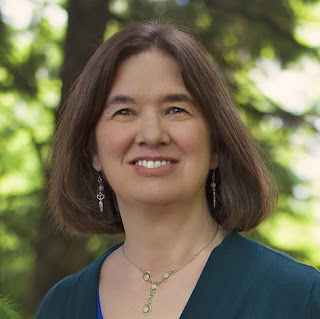 For those of us who have written memoir, we know it's a pretty wild ride from beginning to end. Whose name to change? Whose permission to seek? How much do we reveal, not just about others, but ourselves?

In this essay, Anne Becker discusses writing a memoir and the ramifications of going public. Is memoir brave or brazen? Please welcome Anne to the Women's Writing Circle.

Footnote: Anne and I have more in common than writing and publishing memoir. We both have experienced Women Writing for (a) Change, the Cincinnati-based community of writers. It was there that I first sat in a circle of women and read aloud what would become my memoir Again in a Heartbeat. Women Writing for (a) Change was also the catalyst for the Women's Writing Circle.

When I first held my published memoir in my hands in late 2014, I noticed how small it was. Infinitely smaller than my three babies at birth, and without their prospect for growth. I couldn't make the connection between this minuscule papoose and the twenty long years it had taken to bring forth Ollie Ollie In Come Free.

Having survived a whole array of altered states since publication, I now see that my initial sense of disconnect was utterly on-the-mark. There was no way this modest creation could in itself be responsible for all my dizzying flashes of both abject shame and expanded consciousness. No, only an explosive energy event could have created such a strong electric current.

My memoir was born out of the tension between two opposing energies. To feel or not to feel. To reveal or not to reveal.

One such energy was passed on to me with great love by my parents and grandparents. The very ground on which my family walks is marked by a horror of too much personal revelation or emotional "gushing." It has given rise to inviolable rules. As my child narrator muses, "Where these rules come from, I have no idea." 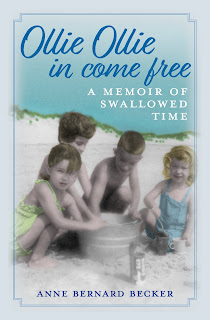 The opposing energy, expressive and open, unrelentingly beckons me. But what a struggle to embrace it! Over the years, when I’ve encountered such a spirit in groups, I’ve become immediately cautious. If people grow too effusive, I retreat inward into a safe but lonely space.

I recognized the expansive energy in the writing group I joined in the mid 1990's, Women Writing for (a) Change. I was just finishing up seven years in psychoanalysis, exploring the emotions I had kept under lock and key as a young girl. The circle of women helped me to capture in my child’s voice my buried grief over the early losses of an older brother and sister, and to gradually shape my vignettes into a memoir.

Years later, after my mother died, I readied my book for self-publication. By that time the writing circles had been crowded out of my life by other activities. I doggedly set about executing this monumental act of courage "all by my own self," as I used to declare when I was a little girl. Unfortunately I quickly learned how easy it was to be sucked back into the old, familiar energy field.

For many months after publication, a voice inside my head kept booming, "How can you be so brazen?" A huge part of me was ashamed and appalled by what I had done.

Theo Pauline Nestor writes in her memoir Writing Is My Drink, "While memoirists might get portrayed as the brashest sort of exhibitionists ...braggarts overeager to share their most intimate secrets -- I've come to believe that's really not the case. Some -- perhaps most--of us are, in fact, drawn to memoir because ...we've never been sure how to come clean about who we are..."

Much to my consternation, my book turned into a wild thing, interacting unpredictably with other living creatures, its readers. For those who were shame-based like me, my hard-won honesty made them prickle. Those who were nostalgic for the fifties and sixties found my narrative a fun trip down memory lane. For ex-Catholics my story confirmed their decision to leave the Church. Those who valued religion were sure that it had pulled me through. Those who had grappled with tragedies in their own families either froze up or wept. And friends who were very private suggested to me euphemistically that my memoir was "brave." I interpreted this remark as: “What the hell were you thinking?"

I got tossed around endlessly in other people's energy fields. Writer's remorse opened the floodgates to all the scruples that I thought I had left behind. All the questions I'd stopped asking lest I lose the nerve to publish now teased me mercilessly: "What are the rules for writing a memoir? How much self-disclosure is allowable? Whose permission does one obtain ahead of time? Which names does one change?” There was no consensus around the answers, since, like readers’ responses to my book, they depended entirely on one's field of reference.

The expanded vista that had opened up for me as I’d written my memoir often felt like a mirage. In moments of clarity, of course, my sense of calling buoyed me up. I knew I had done exactly what my soul needed to do. The act of publishing, horrifying as it was, was exhilarating. Yet how to make my home in that transcendent shame-shattering reality? 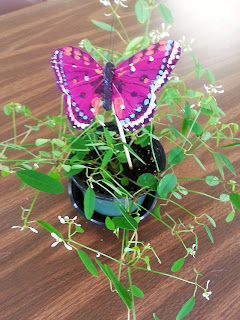 After a couple of years, I found my way back by some grace into the writing community that had midwifed my memoir. And my soul breathed a startled sigh of relief. How had I lost sight of the need to participate in such a community? Through re-immersion in women’s writing circles, I have come to understand that my life as an author only thrives amidst the air and light evoked by the medieval mystic Rumi: “Out beyond ideas of wrongdoing and rightdoing, there is a field. I’ll meet you there.”

Please share your thoughts here. Has writing your memoir felt brave or brazen?

Anne Bernard Becker works as a learning specialist and facilitates workshops that blend her interests in history and psychology to examine the impact of inherited trauma on families. Her essays and memoirs are informed by insights from psychoanalysis, family systems work, parenting under challenging circumstances and her spiritual practice. She enjoys exploring the intriguing responses of the human heart to movements within the family and society. Anne studied at Indiana University (B.A. in French), the University of Pennsylvania (M.A. in French) and Fordham University (M.A. in Religious Education). Anne lives in Cincinnati, OH with her husband Gerry and is the mother of three adult children. Her website is: www.annebernardbecker.com
Posted by Susan G. Weidener at 7:11 AM