Criticism and Confidence Along the Writer's Way 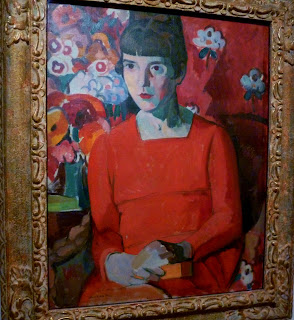 This past weekend I attended a story swap held at a small bookshop in Philadelphia. Few were in attendance as these things usually go, but swap stories we did.

I told a story about two single, older women talking over dinner. One woman kept her late husband’s ashes in a container in her office, hoarding them as a way to get even with his family who wanted them buried in the family plot. They had never shown her respect when he was alive, so why should she let them have the ashes? The other woman in the story listened, shared her own story of a mother-in-law who had never respected her and then the two women began talking about forgiveness and moving on.

I'm a writer who values the importance of feedback. "What did you think of my story?" I asked the small group.

A retired librarian, probably in her late 70s, said the story held little interest for her. “The subject of women living alone,” she said, “is of no use to me.” When I asked what sort of stories she did like, she said, "mostly, historical fiction."

The sole man in our group had little to offer in the way of feedback about my story, which translated into either a lack of interest or else an eagerness to get on with his own story about piloting a small plane for an animal rescue group and a seal spewing water on the cockpit. I found it interesting in itself, although the storytelling rambled and seemed to go nowhere in the end. We’ve all read those books where the story might have had potential but the writer lacks the skill to keep us turning the pages.

Another woman joined us late and shared her “fear of flying” story about a young stewardess on several unnerving flights, including one horrifying experience where seagulls flew into the engines over Long Island Sound and the plane almost went down. She spared no details and had a strong voice in the telling.

She had missed my story but when she heard what it was about, she immediately began telling stories of single women; women she knew in their fifties and sixties who prefer to stay in unhappy marriages, rather than striking out on their own. As for herself, she married late. “When people live as long as they do now, monogamy in marriage hardly seems feasible,” she added. She went on to say that she knew a woman who was sixty-two, alone after thirty years of marriage, who had been trying Internet dating for over a year. “She’s so discouraged she’s ready to give it up. She said it reminded her of endless job interviews. There are a lot of women alone out there.” 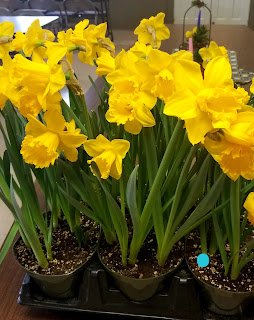 As Ray Bradbury once said, “Your intuition knows what to write so get out of the way.” The former flight stewardess offered reinforcement that writing about a topic I'll call "the woman alone" had relevance, even if not a story of Mary Queen of Scots. I left those stories behind in my teens. But one person's cup of tea is not another's.

I have never known a writer worth her salt who didn’t live in fear that what she wrote was simply no good. And there’s a whole lot of people out there who will tell you what you write is great so that they can get your publishing dollars. That aside …artists have always questioned the authenticity of their work and feared that it is merely a forgery of another writer’s genius. As Sylvia Plath once said, "The worst enemy to creativity is self-doubt."

I think of May Sarton and Virginia Woolf. I will never achieve those heights, yet feel as if they are mentors in the wings. I hear them whispering that they too suffered insecurity and lack of confidence. They received harsh criticism in their day. Sarton lamented for years being shut out of literary circles for memoirs about solitude and writing, which, unbelievably, were not considered of value. Woolf was heavily criticized by the male literary establishment for being too wealthy and too hysterical to be taken seriously.

Confidence, however, is one of those words glibly thrown out, as in, “Confidence is all it takes!” If it were that easy, there wouldn’t be whole books on the subject of how writers can cultivate and maintain self-confidence; or how to stay inspired. Inspiration is, of course, key to confidence in this solitary business we call writing. If you’re not inspired by your own story, how can you expect a reader to be?

This weekend I'll be facilitating our Women's Writing Circle critique. A writing group breaks the isolation of writing and, hopefully, provides feedback of worth and value.

How about you? Can you share a story or technique that has helped you overcome self-doubt or do you let the criticism of others derail your work?