Authors Respect Each Other: Traditional or Self-Published 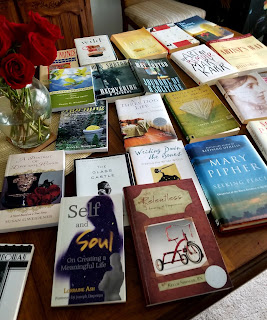 Despite the soaring popularity of self-publishing, it seems some authors still see this as something to disparage.

At a recent writer’s meeting, the question was asked: Why do some agents still want query letters and manuscript samples sent snail mail? One writer answered it was “to weed out” all the self-published writers. I have no clue how he came to this conclusion or the evidence to support it. And while there may be truth that agents are overloaded, the fact that at least one or two authors in the group had gone the self-publishing route made the comment feel to me a bit snobbish.

I self-published because I liked the creative control, didn’t have to wait years to be published and felt I had written something worthy of a reader’s attention. I'll be researching publishing options for the August workshop I'll be teaching in our Women's Writing Circle on traditional vs. independent publishing.

My hope: Authors of any stripe who work hard to create good books should be respected.

The writer's meeting then devolved into how to write query letters ... often amounting to a marketing hustle that saps authors of energy and questions the merit of their work. A lengthy and exhausting process, the query can leave writers deflated even after the query is rewritten. I’ve heard this story repeated many times over the last ten years since I self-published Again in a Heartbeat.

The one time I pitched an agent at a writer’s conference, she looked at me and said that she thought I was going the correct route by self-publishing and tying that in with the Women’s Writing Circle. I thanked her because it validated what I hoped to accomplish, that writing is a creative expression open to all.

And what about marketing your work? Even if you are traditionally published, it still falls heavily on the author, difficult for anyone, even myself, a seasoned journalist.

In this 2016 article in Forbes Magazine Nick Morgan, writes:


For fiction writers, the answer is increasingly pretty simple: Self-publishing is the way to go. That’s because you can keep 70 or 80% of your book sales revenue, as compared to 20% under the traditional model. Simple decision, right? Here goes: All books, fiction or non-, need to be marketed heavily in order to stand out in a field of something like a million books published every year in the United States alone. While many authors assume that getting a traditional publisher means that publisher will take care of the marketing chores, the truth is that a traditional publisher will only put real marketing muscle behind the one or two books per year that it truly believes has a shot at becoming a bestseller. If a publisher brings out a hundred books per year, it’s expecting that one of those will outsell the other 99 – combined.

Nonfiction may be another matter. If you are publishing a book related to your business, then it might make sense to seek a traditional publisher, giving the book more professional cache in that niche, perhaps.

Why a big name publisher would publish an unknown author’s memoir is questionable. It gets back to why I created my own imprint, Writing Circle Press. 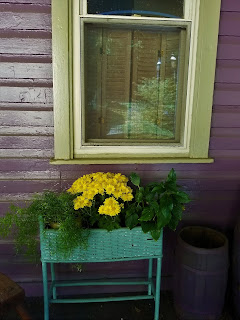 The snobbery inherent in espousing that writers must go through gatekeepers and other hoops relating to “apprenticeship” remains prevalent even after the explosive changes in publishing I’ve witnessed over the last decade.

I’m not one to worry who has published a book. As illustrated in the top photograph, both traditionally and independently published work has earned my readership. The proof, as they say, is in the written word. If a book is good, it is good. I do wish libraries would buy more copies of independent work, for example, especially of local authors, and that book clubs would take advantage.

In the end, I just wish that as authors and writers we could respect all authors. Is that too much to ask?


Your thoughts and comments are most welcomed.
Posted by Susan G. Weidener at 9:51 AM