Motherhood: Reflections on a 'Contract' In Perpetuity 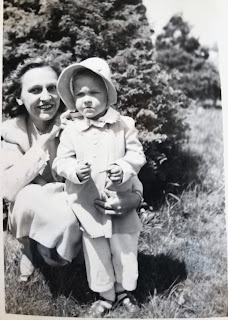 After years of swearing I had no interest in becoming a mother, I got pregnant at the age of thirty-three. I guess I heard the biological clock ticking, drowning out years of declaring that I would travel, write the Great American Novel and never, ever, be tied down to changing diapers. Then, one day, I turned to my husband. “I want to have a baby. Is that alright with you?”

We had been married five years ... five years of luxuriating in lazy Sunday mornings after making love and working The New York Times crossword in bed ... five years of traveling to Yosemite and the seaside cliffs of Big Sur ... five years of dawdling over candlelight dinners. But, I suppose five years wasn’t that long when you consider that we met and married within a year of meeting.

John looked at me. “I’m happy just being with you, but if you want a baby, sure, let’s do it.”

And, just like that, I became a mother. Not once, but twice over the next four years, the first time the same age my mother was when she had me. Talk about a milestone. It beat turning twenty-one and becoming “legal” … it beat walking down the aisle and saying “in sickness and in health” … it beat turning sixty and trying to convince myself it’s the new “middle age.”

Which brings me to my own mother. There was much about HER contract with motherhood that took me years to appreciate. Although she rarely offered advice and when she did it was "try marriage at least once" and "shave your legs on your wedding night" ... she packed school lunches day in and day out for me and my brother. She planted zinnias and cooked a mean rhubarb stew. She drank cocktails as she saw her possibilities dwindle — this after working as a baby sitter, and then as clerk in the local gift shop, and, finally, at the John Wanamaker store. In her 50s and without a college degree and no work experience (other than housewife and mother), this was all she could get … the price she paid to fulfill her "contract." 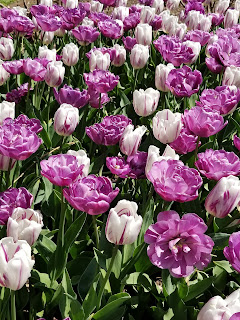 Those lessons — her lessons — served me well as I focused on reading and educating myself as a way to escape a similar fate.

Yet, what mother hasn’t put her ambitions on hold? What mother hasn’t had to leave the office early to pick up a child from soccer practice, attend a parent-teacher conference, rush home in order to make that school play? Being a single mother made it that much harder. It’s not something I regret — it is what it is. I was never going to be that star reporter at The Washington Post or write the Great American Novel — motherhood meant time to grow up. 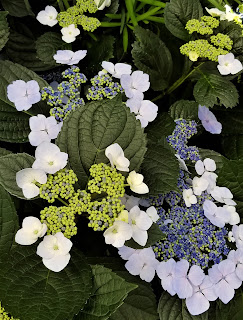 Travel — I exceeded my wildest expectations. Brazil, China, Hong Kong, Australia, New Zealand, France, England, Spain, Italy, Czech Republic, Russia, Nepal and Morocco .... Who would have imagined that when I first held those squirming little bodies, powdered those bottoms and changed those diapers, my sons — and I — would travel the world together?


This job is not for the faint of heart. Motherhood is about teaching trust, integrity, loyalty and faithfulness and trying your best to model that behavior. It's about discipline, teaching them that actions have consequences and taking away privileges. The lessons we teach should require a doctorate in philosophy and psychology. As mothers, we do the best we can — learning and teaching life skills, wrapped up in the wisdom of the ages, by the proverbial seat of our pants.

Writing the Great American Novel or the Great American Memoir could hardly have been as challenging or rewarding as this. Now when I introduce myself to people, I talk about my writing, but I also talk about the bigger part of my life. My sons. So what if I sound just like a million other proud moms? The fact is, this is who I am. A mom who holds close to her heart that "contract in perpetuity" she made so long ago.

What are some of your reflections and memories about your mom or being a mom this Mother's Day?

Email ThisBlogThis!Share to TwitterShare to FacebookShare to Pinterest
Labels: childhood, mothers and daughters, sons, writing from the heart